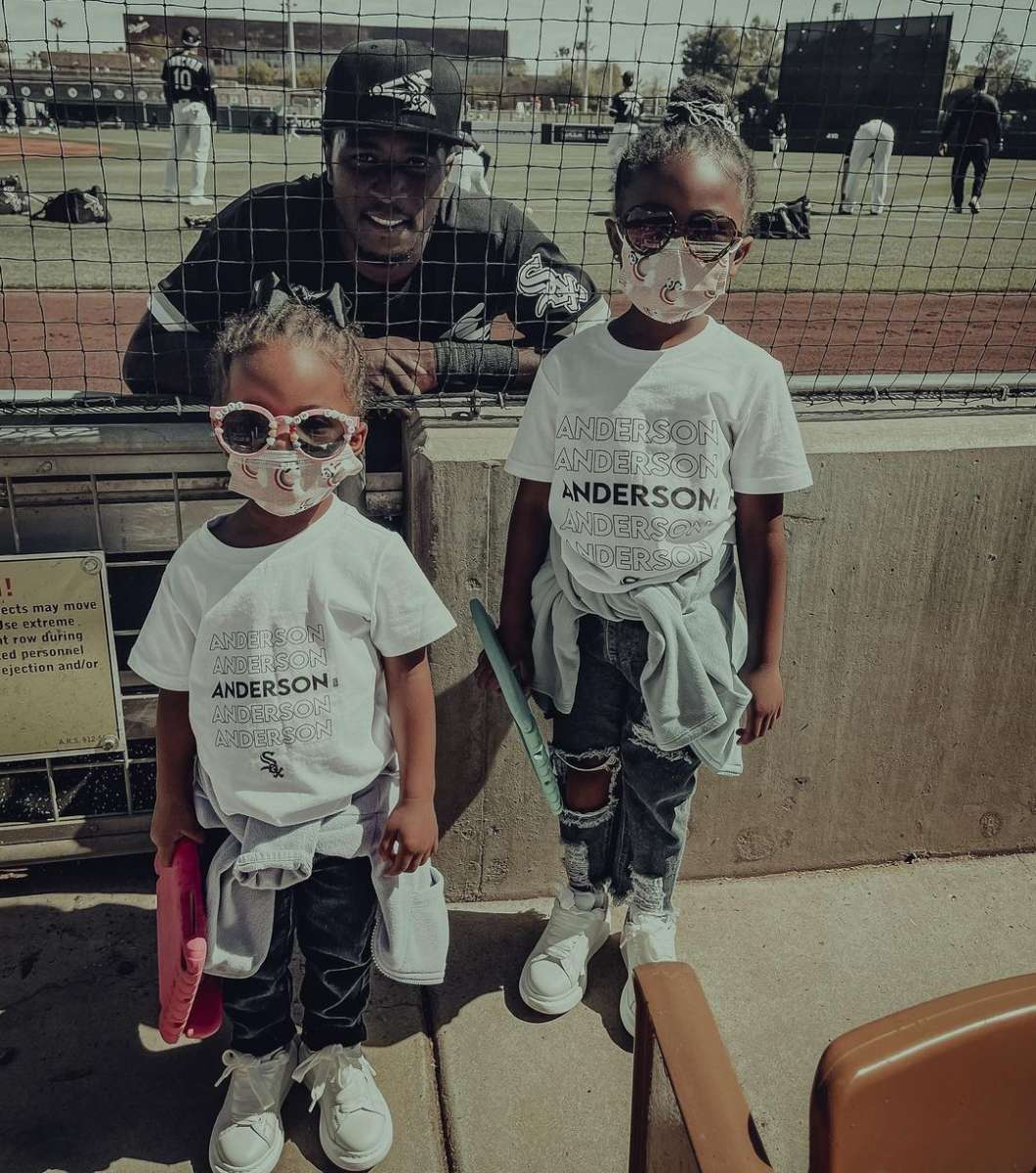 Still scrambling to find that special gift for Father’s Day in 2021? Don’t worry. We have you covered! After all, this isn’t our first rodeo of guides for things to do this Father’s Day. But instead of breweries, this one will focus on Chicago sports. So if you’ve got a sporty old man, husband, grandfather, or any other father figure in your life that still needs a Father’s Day gift for 2021 then you’re in the right place!

Any guy out there could probably use a wardrobe upgrade, and dad’s are no exception. Help him ditch the New Balances and tattered Urlacher jersey with some fresh Chicago gear.

If shoes are what you’re in for, then look no further than the Chicago-inspired Nike Air Force 1s. While these kicks earn their style from Chicago barbershops, the Air Force 1 shoe is originally designed for the basketball court. Your pops should have no problem tearing up the adult rec league in these, and you’ll find it easiest to snag a pair on StockX.

Shoes aren’t the only wardrobe item we had in mind. If you haven’t seen the City Connect edition jerseys for the Chicago Cubs, or the ones for the Chicago White Sox, you’re missing out. Unfortunately, southside fans can’t quite purchase the jerseys yet, just the t-shirts. Cubs fans have it easier and can purchase one for a cool $474.99. Nothing would show your appreciation more than a jersey that costs half a grand. If you’re lucky, you might be able to combo it as a birthday and Christmas gift all in one.

Get A Pint… Or Two… Or Four

Who doesn’t like beer? Especially when you’re drinking it out of some Chicago sports themed pint glasses. These pint glasses and beer mugs are so cool you’ll definitely want to take them with you to the Chicago Craft Beer Festival this weekend. The first set we recommended is from Etsy seller, CraftyDraftDesigns, who makes sets of 4 pint glasses with the logos of Chicago professional sports. The first Chicago inspired set features the Bears, Blackhawks, Bulls, and White Sox. The other set design includes the same first three teams, and swaps out the Sox for the Cubs. You can also take the beer mug route, and we found options for both frosted and glass mugs. This frosted beer mug seller on Etsy has designs that represent the four major teams with swapping out the Cubs and Sox again. And for glass mugs, Tabletop Bean Bag Games has you covered with individual mugs for each team. Pro tip: store any of these glasses or mugs in the freezer for an upgraded drinking experience!

Hit The Links For Your 2021 Father’s Day

We’d have to guess that about 90% of father’s in this country will be sitting down to watch the U.S. Open over the weekend. And by the time Sunday rolls around for their big day, they might be motivated to play a round. There’s plenty of golf courses to book a tee time at in Chicago and its surrounding suburbs. If you’re aiming for a speedy round to catch the last part of the U.S. Open, check out the Sydney R. Marovitz golf course in Lincoln Park. There’s only 9-holes to play there and it’s one of Chicago’s most historic courses that opened in 1932. You can’t go wrong with a round of golf.

Take Him Out To The Ballllll Game!

There’s nothing quite like a summertime baseball game in Chitown. With the stadium atmospheres, Chicago-style hotdogs, and endless amounts of beer snakes, it can’t be beat. By the way, the beer snake that formed at Wrigley last Sunday is estimated to have cost almost $30,000 to make. Fortunately, our Father’s Day 2021 sport-themed gifts shouldn’t break the bank like that.

Our final idea is to go out to a baseball game. The Cubs play at home every day starting this Friday, June 18 all the way through Tuesday, June 22. They’ll play against the Cleveland Indians and Los Angeles Dodgers. The Sox won’t play at home over Father’s Day weekend, so if celebrating a week late doesn’t bother you, their next home stint starts Friday, June 25 against the Seattle Mariners.

The Cubs and White Sox aren’t your only baseball options either. If you don’t mind celebrating early, the Kane County Cougars, Joliet Slammers, Windy City Thunderbolts, Schaumburg Boomers, and the Chicago Dogs all have home games on June 16 and 17. Most of them actually play against each other. Over the weekend, the Schaumburg Boomers and the Chicago Dogs have home games on their schedules as well.

Whatever you go with, we hope you all enjoy your Father’s Day this year!