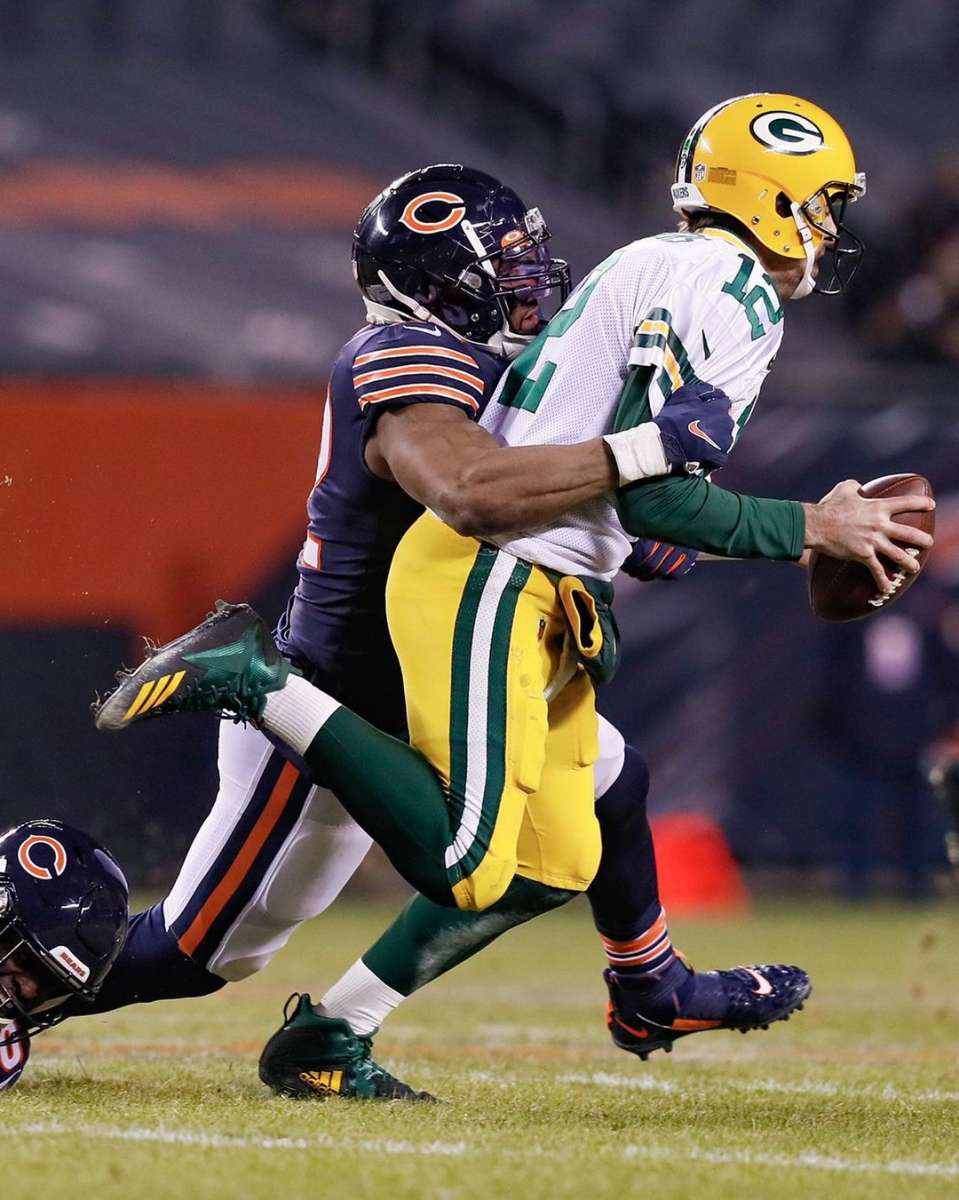 Our 4 Favorite Games From The Bears-Packers Rivalry

Whether it’s high school, college, or the pros, nothing beats watching two rival teams battle it out. Rivalries are one of the best things about sports. They happen at every level of play, and start becoming pretty serious in high school, if not sooner. In Chicago, we’ve seen some pretty historic rivalries happen right before our eyes. There’s the White Sox and the Twins, the Cubs and the Cardinals, the Bulls and the Pistons, and even the Blackhawks and the Blues. But, out of all of our teams’ rivalries, there seems to be one that never fails to keep us Chicago fans on our toes. The Bears-Packers rivalry.

The Bears-Packers rivalry between us and Green Bay is one of the oldest in the NFL, and is the most played rivalry with 202 games to account for. Since 2017, the Green Bay Packers have held the advantage over our Chicago Bears, with the current series record standing at 101-95-6. This Sunday, the Bears-Packers rivalry will continue in Chicago for the 203rd matchup between these two teams. The bad guys are currently on a 4 game win streak against the Bears and it’ll be up to Justin Fields to change that. But, before we can sit down to watch some classic NFC North football on Sunday, let’s take a look at some of our favorite Bears-Packers rivalry moments over the years!

It might seem odd to start our list of Bears-Packers rivalry moments off with a Chicago loss, but these two teams in an NFC Championship Game? What else could top that?  Back in 2011, the Bears and the Packers faced off in the playoffs with one game to go before the Super Bowl. With a final score of 21-14 in favor of Green Bay, this game was a lot closer than you would think considering Bears former starting quarterback, Jay Cutler, went down in the second quarter. Caleb Hanie did his best to rally the Bears offense, but ultimately fell short of the big game.

Week one of the 2006 NFL season saw the Bears face the Packers in Lambeau against Packers legend, Brett Favre. Old Favre had no answers for the Chicago defense, and was shut out for the first time in his career in this one with the final score being 26-0. More firsts happened in this game when former return-legend, Devin Hester, returned his first ever punt for six. It was quite the Bears-Packers rivalry game.

Battle of the Backups

In the fast-paced, hard-hitting league that is the NFL, everyone on the roster must be ready to go when their name is called. And when you’re a backup quarterback, that call is one of the most important ones you can get. In 2013, the Bears-Packers rivalry continued with a Monday Night Football showdown in Green Bay. The Bears started the game with backup quarterback, Josh McCown, due to an injury to Jay Cutler. So when the first Packers drive began, and Aaron Rodgers was forced from the game with a collarbone injury, the battle of the backups began! Seneca Wallace backed up the injured Rodgers, but couldn’t muster enough firepower or garbage time hail marys to keep the Packers hopes of winning alive. The 27-20 Chicago Bears victory snapped a six-game losing streak against the Packers.

Rivalry games themselves have their own extra special energy that beats out other regular season games. But when you put a trip to the postseason on the line too, it makes the game even better. This is exactly what happened in a 2018 Bears-Packers rivalry game.

Earlier in the season, the Packers beat the Bears and their new defense on Sunday Night Football. But, by the time week 17 rolled around, these teams were far different. The Packers were 5-7-1 while the Bears were 9-4. Both teams were looking towards the playoffs, with the Bears trying to clinch the NFC North and the Packers just trying to sneak their way in. When it was all said and done, Mitchell Trubisky led the Bears to a 24-17 victory over their northern rival. The Bears would end the season 12-4 while the Packers finished with their second consecutive year losing at 5-8-1. For those of you who remember the Wild Card Game that followed this one, this was surely a high point for the Bears at the end of their 2018 campaign.