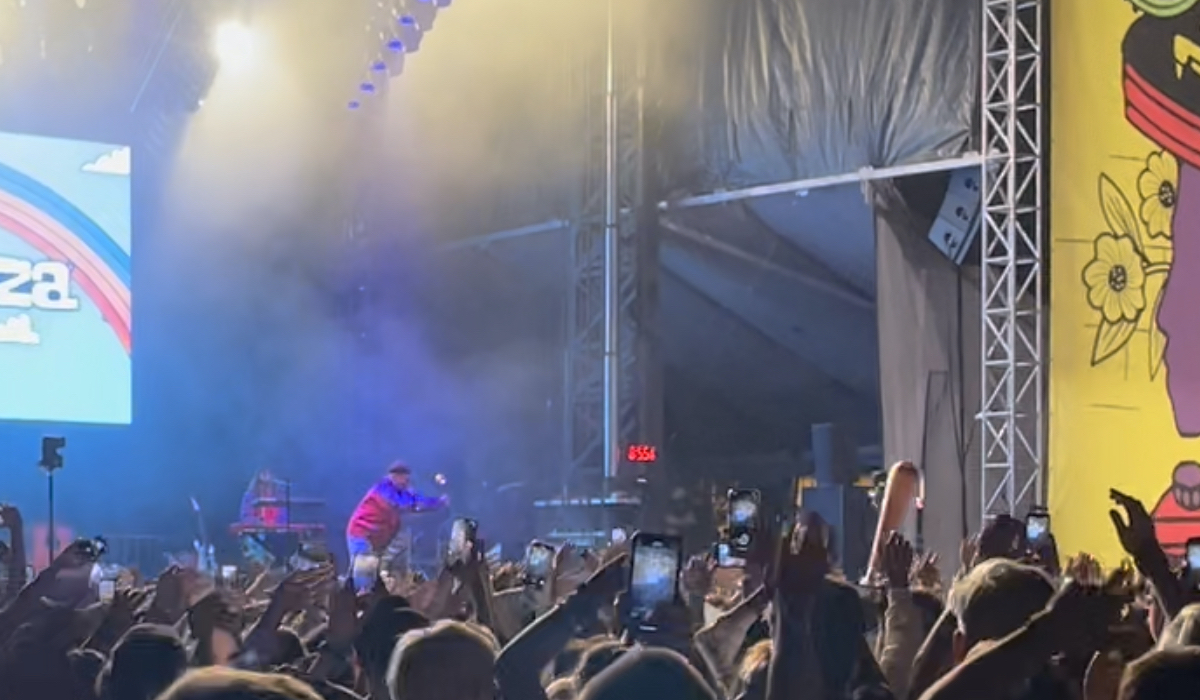 Oliver Tree is a rising pop star. I convinced my friends to see him over Hannah Montana, Illenium, and Steve Aoki. They left  because it got too weird for them, I stayed and watched the rest of this absolutely bizarre Oliver Tree Lolla set—including the part when he brought on the 8-foot alien rapper named Ricky.

(1) Oliver opened with his impeccable track “Forget It” produced by Getter.

2. The Santa Cruz native then switched back and forth between a bald skin cap and his never re-trending 90s mushroom cut. He’s also wearing a 90s kid winter jacket for the first 20 minutes. His band is all wearing the same getup.

3. Oliver played some more tracks then invited a guest on stage: an 8-foot alien rapper named Ricky. At some point during this entire series of odd, odd events he referred to Lollapalooza as “Coachella.” Two separate times.

4. Ricky, the alien rapper, was then kicked off the stage after attacking Oliver for stopping him during Ricky’s impromptu mixtape self-promotion.

5. Yes, things turned even more bizarre. Oliver Tree spent the next 30 seconds changing wardrobes behind a sheet on stage, then experienced a western demonization and revealed himself as a possessed cowboy. Although I did enjoy the music he played (off his upcoming album “Cowboy Tears”), it was overly suggestive to be some type of Orville Peck mockery (the masked country singer who played earlier that day). Is it just me, or does that seem like a lot of work for an artist who tried to cancel two days before the festival?

Tried to cancel my Lollapalooza set but my agents said it’s too late so come see my show tomorrow night at 9pm on the Groove stage! pic.twitter.com/UHQfaWcftN

6. Still in his possessed cowboy attire, Oliver brought a cartoon-sized guitar on stage. I would estimate this thing weighs like 350-500 pounds. Don’t quote me on that. I’m a writer, not a weight-guesser okay, give me a break.

7. Played his banging track “Cash Machine.” On Spotify’s little fun facts that pop up, I learned that Oliver keeps everything he owns in one suitcase. “Cash Machine” is really an anthem for anti-consumerism and not being materialistic as shit.

8. I saw fireworks across the way from Illenium, and decided to catch the last 10 minutes, away from the incredibly trippy experience that was Oliver Tree’s Lollapalooza set.