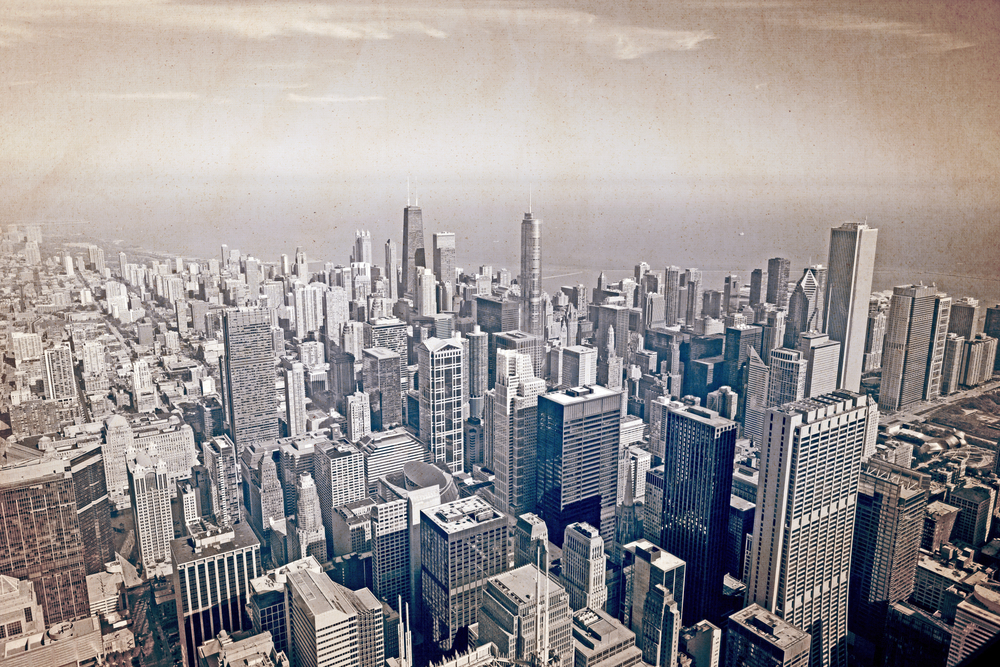 Chicago has a unique and colorful history, and we often forget that the places that are around today, even buildings that have seemingly been here forever, were once just concepts in the minds of Chicago architects. Not only has construction morphed over the years, but so has the culture, turning once small but quaint neighborhoods into gentrified examples of wealthy American living.

Here’s a refreshing backward look at Chicago history over the years.

Welcome to Uptown, circa the mid-1970s. Shot with a 300mm telephoto, Rehak managed to capture the hustle and bustle of traffic traveling through our beloved Chicago neighborhood in light of the recent OPEC Oil Embargo, which is dated at 1973. What’s crazy is that many of the stores shown here don’t even exist today, and it wasn’t even that long ago, although I suppose that’s objective. I guess almost 50 years definitely takes a toll on business development in Chicago.

This photo was taken in the 1950s on the corner of Devon and Western, apparently from the roof of Hillman’s, a small grocery store no longer in business. In fact, most of the places you see in this photo don’t exist at all anymore. At this point, the town was still an underdeveloped, but charming location before renovations began in the 1960s. Just look at those cars. The hoods are so long, you could probably lay across it with room to spare.

We’re going even a little further back to 1940, which is when that pictured film title, Philadelphia Story, was released. This theater, unfortunately, isn’t around anymore, but that would have been dope. At this point in history, Bronzeville competed with Harlem as the quintessential black American neighborhood. Between 26th and 29th Street was where all of the nightlife and entertainment venues resided, and everyone would affectionally refer to this section of the neighborhood as “The Stroll.”

With prohibition in full swing in the 1930s, let’s head to River North, specifically State Street, where Chicago’s population flourished. This photo shows some really early Ford automobile designs. If these were in full color, I’m sure some of these cars would look incredibly sleek. Of course, this is the wealth capital of Chicago, so even the Great Depression wouldn’t have had a full effect on this scene. People still bought cars. They still shopped. And they still lived in Chicago, despite its high standard of living.

Let’s travel back to 1914 in grand old Lincoln Park. That street car you see is part of the original ‘L’, which ran a track along Center Street, now known as Armitage Avenue. Those structures are all still intact, though definitely very old at this point, so if you’re renting any of these spaces, you might want to make sure your building is up to code.

To check out additional pictures of Chicago’s history, visit this beautiful collection of old photographs here.