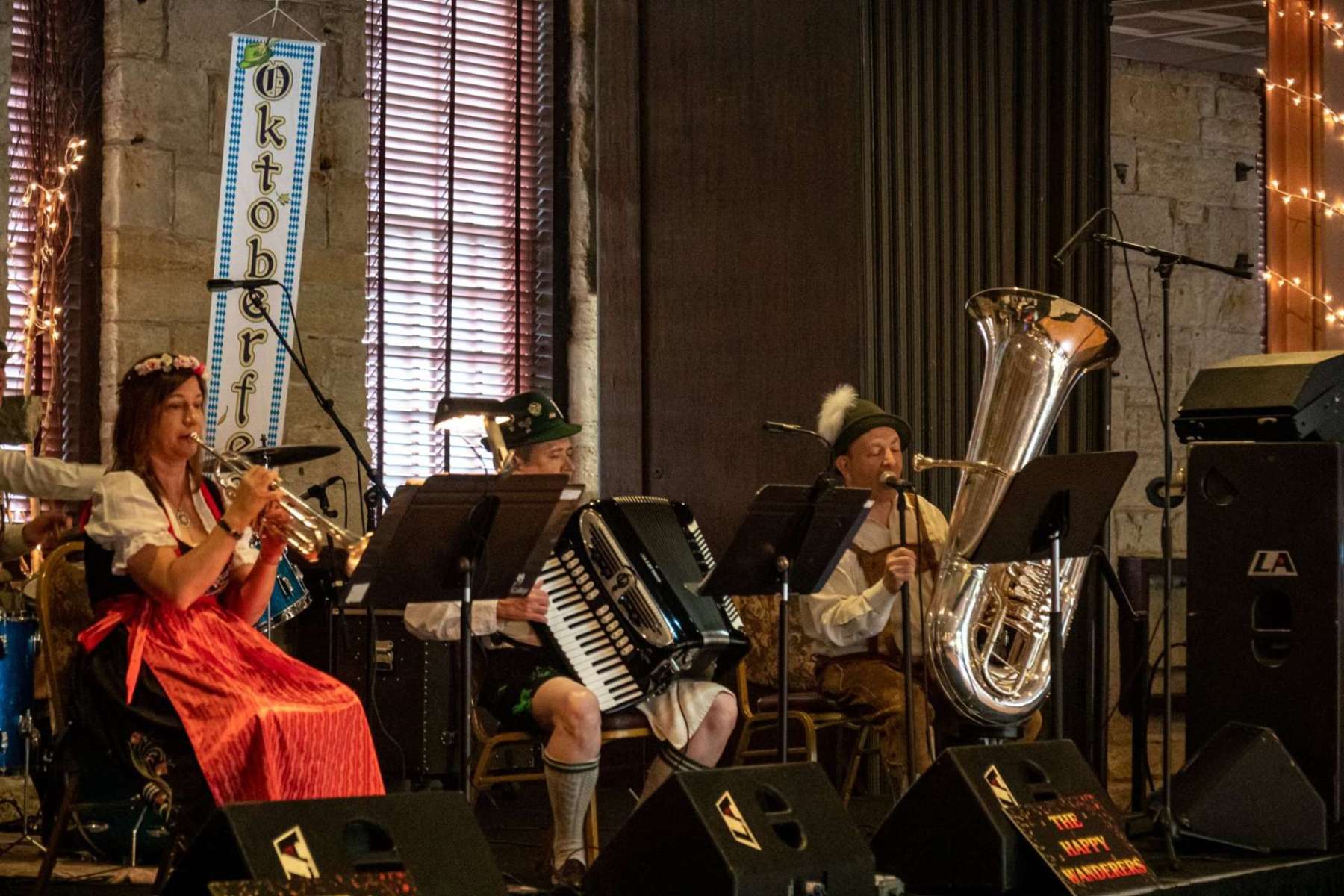 Where to Celebrate Oktoberfest in Chicago (2022)

Reach the peak of your beer season this year and celebrate Oktoberfest in Chicago with all you have! After exploring the fall beers from local breweries, we know you’re ready for the real celebration. From special events to week-long celebrations, these places will take you right to Germany. Are you ready to build some calories in the tastiest way?

Prost! In The Park

Wait, did I just say Chicago Gourmet has an Oktoberfest segment this year? Yup, you’ve heard me right! Join Chef Sarah Grueneberg (Monteverde Restaurant & Pastificio) for a Sünday Fünday to remember at Prost! In the Park, a beer and spirits festival with brews, bites, and boozie bevs from popular and soon-to-be-discovered producers. Tickets are only $95 each!

On Sunday, September 18th and Sunday, October 2nd, nine-time James Beard Award-winning One Off Hospitality and Executive Chef Paul Kahan are turning the Oktoberfest celebration at their modern American beer hall into a double Sunday event, honoring the Bavarian tradition the only way they know how: with four courses of hearty eats, plenty of beer, and good times all around in the heart of Fulton Market.

Raise a stein and pull out the lederhosen! Oktoberfest on Division Street is back and will take place on Thursday, September 29 from 6 p.m. to 10 p.m. featuring She-nannigans and The Lodge Tavern. Festivities include a German word pronunciation game, stein holding competitions, German musical chairs, live music and entertainment from Die Kellerknaben Polka Band, and, of course, tons of Oktoberfest Beer, including Shiner, Goose, Spaten, and Founders Oktoberfest.

Did someone say arcade and beer? Well, I’m in! This year, celebrate Oktoberfest in Chicago at your favorite bar-cade Emporium as they put on “Prost! on the Patio” on Thursday, September 29 from 5 – 11 pm. This event will feature a top-notch beer selection from your favorite breweries, plus communal tables for beer tastings, SWAG giveaways, steinholds/giveaways, food, and beautiful Oktoberfest décor.

With a stellar selection of fall beers on tap at all locations, Oktoberfest-ers will be sure to get their fill of seasonal beer favorites as well!

Tuman’s celebrates Oktoberfest with an all-day kickoff party on Saturday, September 17, and an ongoing celebration of seasonal beers and brats through Monday, October 31. The kick-off party tapping features eight Oktoberfest beers, including award-winning German Festbiers, German-inspired Chicago-made beers, and a limited-release bourbon barrel-aged Märzenbier. The classic Festbiers are served in traditional steins; pricing is $8 for a half-liter and $15 for a liter. The barrel-aged beer is served in a 13.2-ounce snifter ($8).

The bar also debuts a $15 Paulina Meat Market Smoked Thuringer Brat and Oktoberfest Pork Beer Brat Dinner at the kick-off party. The brats are served with sauteed cabbage, crispy bacon, and roasted potatoes, plus a side of German mustard (available after 4 p.m. daily from September 17 through October 31).

A post shared by Time Out Market Chicago (@timeoutmarketchicago)

We are dusting off our Dirndls and Lederhosen for Oktoberfest at the Market! Time Out Market partnered with Sam Adams this year to bring you a weekend full of Beer & events! The celebration begins on Friday October 7, 2022, featuring DJ, Stein Hoisting Contest, Oktoberfest Sampling & Giveaways, and a pop-up bar with Steins and Sam Adams Octoberfest. Kid-friendly events can be found over the weekend combined with more music and beer for the adults. Tickets are now available here.

Sure, the Brew Yards aren’t hosting a patio party this year. But what’s a better place to go for all the Oktoberfest beers than this beer paradise!? Grab a weekend cabana with your friends, or a weekday reservation. Explore over 40 beers on tap alongside BBQ meat and delicious sides at their cashless, self-serving bar! Reservations are available via Tock.

Lake County’s destination brewery, Buffalo Creek Brewing, will tap into its German heritage when it hosts its annual Oktoberfest celebration, September 30th through October 2nd. The all ages, family-friendly festival features indoor and outdoor festivities throughout the brewery’s Bavarian-themed taproom and two acres of sprawling lawns, biergarten and tented pavilions. Besides traditional beer and food, the free festival is full of traditional Bavarian music, open-air performances, competitions, and outfits.

Wildfire locations in Chicagoland will be hosting Metropolitan Oktoberfest Beer Dinners. The dinners will feature a four-course German-inspired menu each paired with a Metropolitan brew to complement. Megan Simon, Metropolitan Street-Level Suds Slinger will join as guest speaker to discuss the evening’s pairings.

Dates for the Metropolitan Oktoberfest Beer Dinners at each location are as follows:

Celebrate Oktoberfest at L.Woods with a Bavarian Pretzel in one hand and a Hofbrau Dunkel in the other! Enjoy traditional German favorites like Pork Schnitzel, Pecan Pie Cobbler, German brews, and more from 12:00 PM – 8:00 PM. Oktoberfest specials are served a la carte and are available for dine-in, carryout, and delivery.

In addition to the Oktüberfest Sandwich, diners can also now enjoy Butternut Squash Soup or Kale White Bean Bratwurst Soup. Hannah’s Bretzel is one of Chicago’s most sustainable restaurants. With a storied track record of operating with the least environmental impact possible, these über sandwich makers live and breathe sustainability every day.