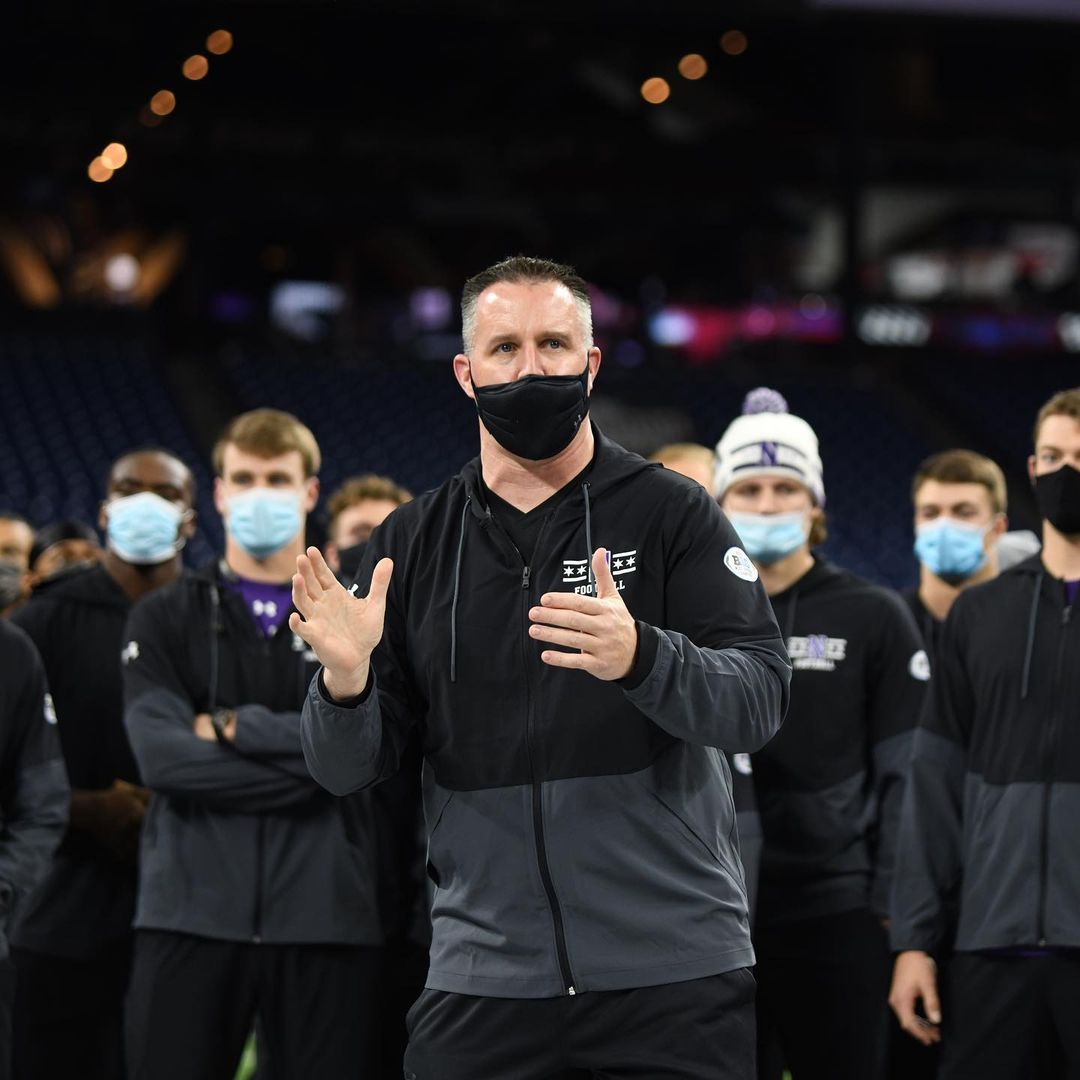 Fans of the Northwestern Football program had reason to celebrate over the past few days after the team announced a new deal for coach Pat Fitzgerald. Pat’s contract locks him up for the next ten years, which means the school will have their most winningest coach through 2030. In 15 seasons, coach Fitz led the Wildcats to a 106-81 record. Northwestern Football has been their most dangerous in recent years as they’ve had two-10 win seasons, four  bowl victories, and two Big Ten West Division championships since 2015.

Pat Fitzgerald’s new contract should keep the team at the top of the Big Ten standings for years to come. As a coach, Fitzgerald was named Bobby Dodd National Coach of the Year in 2020 and he also won Big Ten Coach of the Year in 2018. But his accomplishments as a Wildcat don’t stop there. Pat Fitzgerald formerly played as a linebacker on the Northwestern Football team. In his playing years he earned back-to-back honors as Big Ten Defensive Player of the Year. He also helped lead the team to a Rose Bowl and two consecutive Big Ten championships. As a player or a coach in 14/16 of the program’s bowl appearances, it was definitely important that the team keep Fitzgerald around for the long-run.

Despite interest from NFL teams looking for new coaches, Pat Fitzgerald will remain in the NCAA for the next decade. This bodes well for the Northwestern Football program as they look to continue their recent success. In 2020, the Wildcats went 7-2, made an appearance in the Big Ten Championship game, and beat Auburn in the Citrus Bowl. Coach Fitz is certainly a leader on the field, but he continues to lead the team when the clock stops. Last season, amidst the health crisis, Pat Fitzgerald made it a point to hold his team accountable and stick to the strict health and safety protocols. This resulted in just one single positive case on the team for the whole season. Sacrifices were certainly made to accomplish this, but it was well worth it after the team hoisted another bowl game trophy.

Pat Fitzgerald’s coaching tenure isn’t only defined by wins and success against a pandemic. As the team’s leader, he’s placed a focus on academic success for his players. For the third year in a row, the Northwestern Football team led the FBS in NCAA graduation success rate. The team earned a record 69 Academic All-Big Ten honors and posted an average team GPA of 3.24 in the fall. With nine players recording perfect 4.0 GPAs, it’s clear that the future of this program is in great hands.