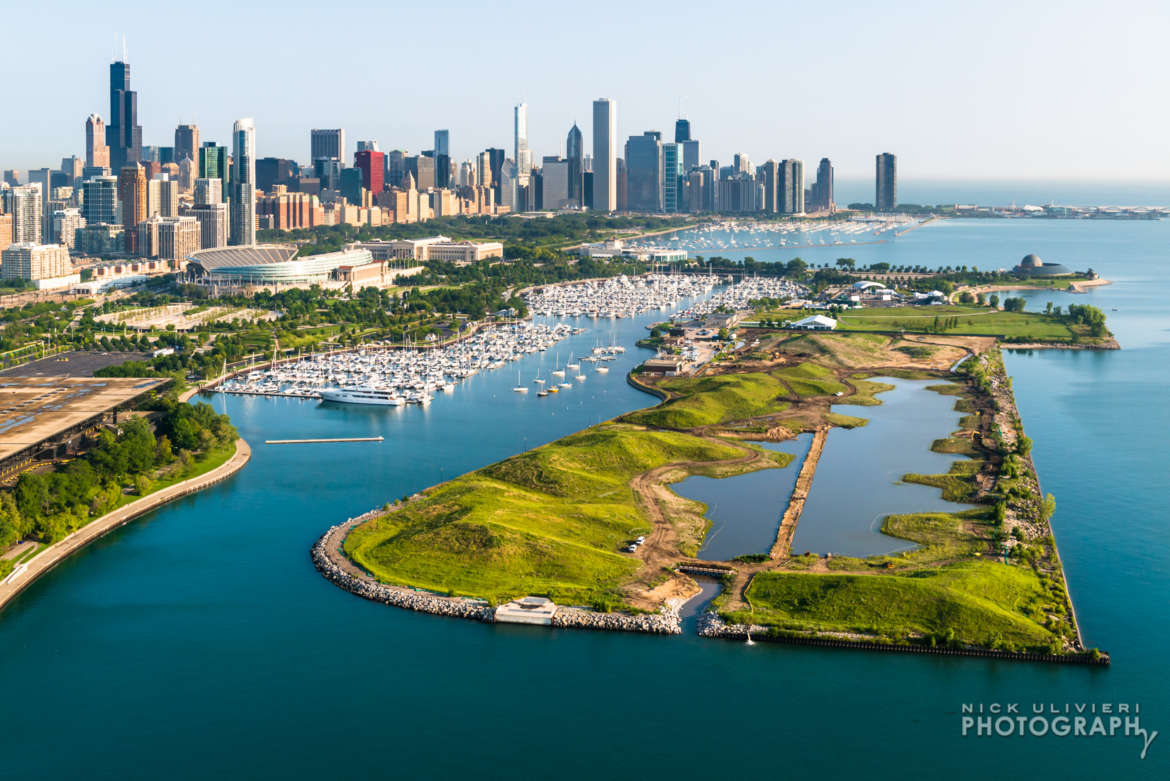 In 2003, Northerly Island was at the center of controversy. Mayor Daley organized an overnight demolishing that left a large imprint of an “X” across the runway of Meigs Field. Since that fateful day, park supporters have been lobbying for an ecological refuge to take its place.

Since 2013, the Army Corps of Engineers has been sculpting the southern 40 acres of the area. (Of course, the “island” is actually a peninsula.) The construction is nearing completion, and it will make its grand public opening in the later portions of the week.

Now for the fun part. Here are the park’s new features:

Considering what the park has now been transformed into, the new area calls to mind a reflection of the old days. Is the new eco-friendly public park space ultimately better? Some would say yes, though the true answer remains to be seen. Either way, we’re excited that Mayor Emanuel has carried on Daley’s legacy of delivering scenic architecture and unrestricted green space. Outside of Northerly Island, The 606, The Chicago Riverwalk, and Maggie Daley Park were all opened to the public within the last year.

With its key location on the cusp of the Museum Campus, Northerly Island has the potential to become Chicago’s ecological showpiece. With over 10 million dollars contributing to its renovation, we’re excited to get out there and see it for ourselves. In the meantime, here’s what Twitter has had to say so far:

The new park on Northerly Island opens this Friday! http://t.co/iNgYPyjiQmpic.twitter.com/4FQDJWob18