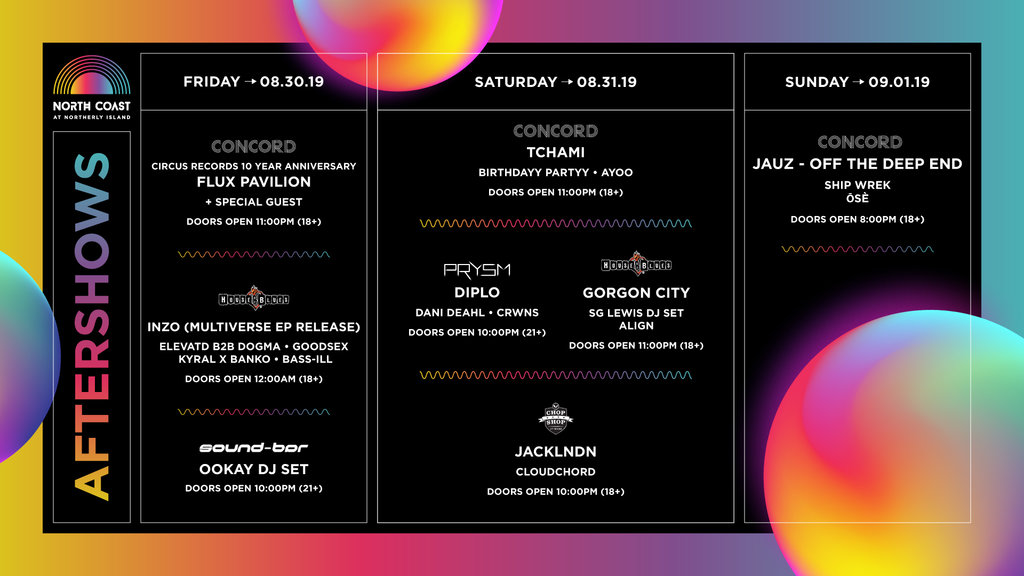 You already know North Coast Music Festival is gonna be lit, but the city laws require the party to stop at 10 pm. That doesn’t mean the fun has to end, though, which is why there are NCMF-sponsored aftershows featuring some of the hottest DJs from this year’s lineup.

While the festival takes place at the Huntington Bank Pavillion from August 30 – 31, the official afterparties spring up all over the city. Last year, the festival added more artists, as well as a new stage, and an official after-party lineup. With headlining artists including Bassnectar, Major Lazer, and Snakehips, get ready to send off the summer the right way.

Better yet, get your parking set ahead of time so you’re not worried about it before the shows!

In true North Coast fashion, the festival samples all kinds of music, from jam-bands to hip-hop. These official aftershows are sure to keep the party going all night long.

Tell us what you think matters in the Near South Side neighborhood and what we should write about next in the comments below!

Mari Hinchley is a multimedia journalism major at Columbia College Chicago, with a minor in radio. While at Columbia, Mari has written it all, from covering Chicago politics, to a feature about drag queens. There’s never a dull story in Mari’s book.
A pop-culture connoisseur, Mari prides herself on having a vast knowledge of music, film, and fashion. In her free time, she enjoys concerts, yoga, and pina coladas. She also dances like Elaine Benes.

View all posts by Mari Hinchley