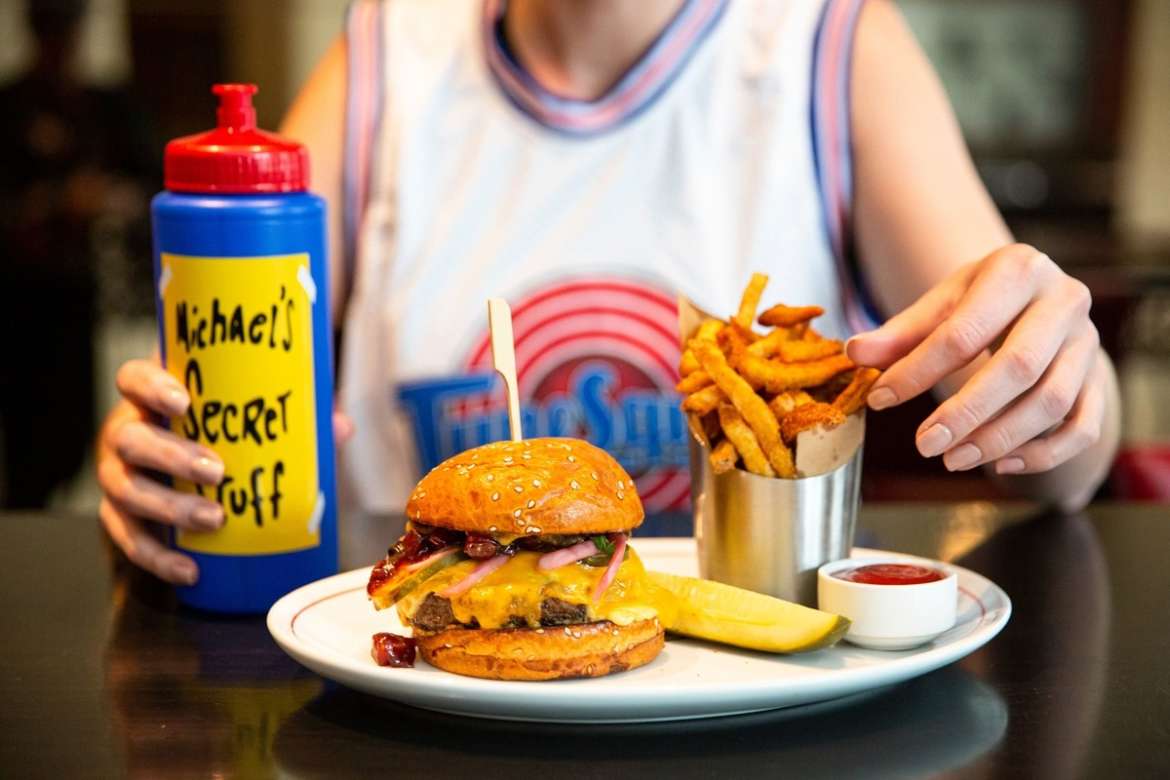 If you’re a diehard Space Jam fan like many of us in Chicago, you will be thrilled to hear that Michael Jordan’s Steak House is offering a limited-time Space Jam-inspired menu item. From now until April 13th, 2020, you can try a Space Jam-inspired meal during every Chicago Bulls home game. For anyone that’s ever wanted to “Be Like Mike,” this meal will take you back to the Michael Jordan days and give anyone who tries it a feeling of nostalgia and a chance to “Eat Like Mike.”

The new item, titled Mike’s Secret Stuff, is no joke and includes a Space Jam Burger that consists of a 10-ounce beef patty that is stacked with BBQ braised pork belly, dill pickles, stout mustard, pickled onions, butterkäse, and aged cheddar cheese. And if that’s not enough for you, the menu item also comes as a combo with hand-cut fries and a Mike’s Secret Stuff salted caramel milkshake, all for $27.

The Executive Chef of Michael Jordan’s Steak House, Craig Couper, is thrilled to be offering Bulls and Michael Jordan fans alike this opportunity. “We’re doing it with really great ingredients and going over the top,” and with a movie like Space Jam and a nod to the Michael Jordan Bulls age, there is really no other way to go. Craig Couper also discussed how the staff at Michael Jordan Steak House really wanted to provide guests with a delicious, limited-time meal, not only during the ongoing NBA season, but for the upcoming 2020 All-Star Game that will take place in Chicago. “We were inspired by Space Jam and who knows, maybe the Mike’s Secret Stuff Shake will be enough to bring the Bulls back to their Michael Jordan-era prime.”