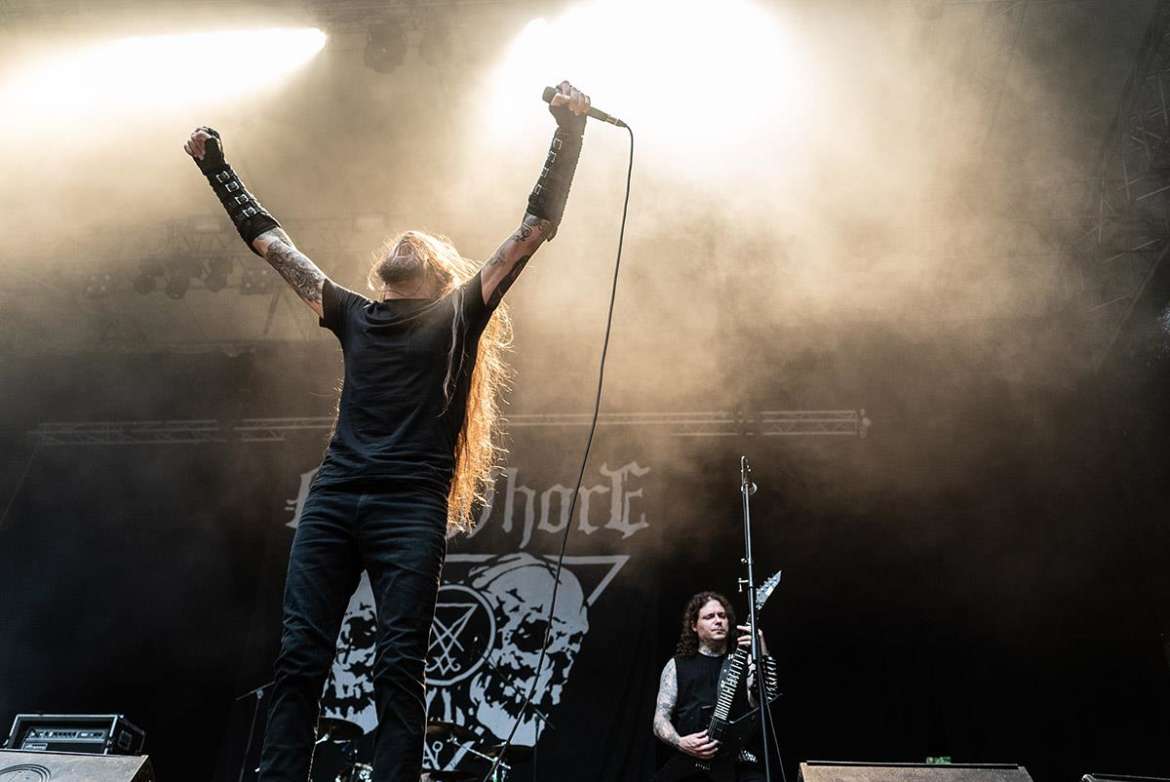 4 Musicians From The Metal Alliance Tour Share Memories Of Chicago

As the tour comes through Reggie’s Rock Club on November 21st, I had the pleasure of asking Metal Alliance Tour participants about their earliest tour memories of Chicago. Responses were received from members of Goatwhore, The Casualties, Great American Ghost, and Black Tusk.

More on the Metal Alliance Tour can be found on their official website.

What do you remember about the first time you ever played live in Chicago?

Goatwhore drummer Zack Simmons: I honestly don’t remember the first time I played Chicago. It had to have been one of the first couple tours I did with the band, but I have no recollection. Chicago has become a very special place for us. We have great friends there and the shows are always insane.

The Casualties singer David Rodriguez: I totally remember the people being very involved and dancing and screaming with us. I also remember a lot of alcohol going around and then I don’t remember…

Great American Ghost vocalist Ethan Harrison: The first time we ever played Chicago we were on what was called the Fury Tour. I just remember playing the Sub right downtown and bringing the most gear up the most stairs in human history. We also ate at Kuma’s and spent hours at Chicago Music Exchange. I think we did pretty well with our Chicago experience.

Black Tusk guitarist/vocalist Andrew Fidler: So about that, I think that the first time we played Chicago was in 2010 at Empty Bottle with Zoroaster. But that can’t be right because we’ve been touring since 2006, so surely that can’t have been our first Chicago play… But irregardless, I remember that show and the amazing time that we had there and the friends we made that night — Stavros and Sanford, I’m talking to you — that we still have to this day. I remember the hospitality of the staff of the Bottle, the packed show, and the good times! We’ve played a ton of venues in Chicago since then, some now defunct and some still going, but it’s always good to be coming back to Reggie’s. It’s a home away from home for us. So up the punks and we will see y’all there!

After the Metal Alliance tour wraps, what’s coming up for you?

Goatwhore drummer Zack Simmons: The plan is to keep working on new material while we still tour to support the Vengeful Ascension album. We hope to hit some places we’ve missed so far but keep the momentum of the new record strong.

The Casualties singer David Rodriguez: After the Metal Alliance tour, we immediately go to Mexico and work our way south to South America. We will make it home for a few days around Christmas and New Years, then 7 weeks in Europe ending in Russia sometime in early March!

Great American Ghost vocalist Ethan Harrison: Well, we are hoping a lot of things! We are going to be touring another country for a few weeks, we have some tests planned for the beginning of the year, and another full U.S. tour. Basically, we are trying to be the busiest band in history.

Black Tusk guitarist/vocalist Andrew Fidler: After the Metal Alliance tour, we will be off the road for the rest of the year, focusing on our families and personal lives. But expect us back next spring with another U.S. tour and an EU tour!