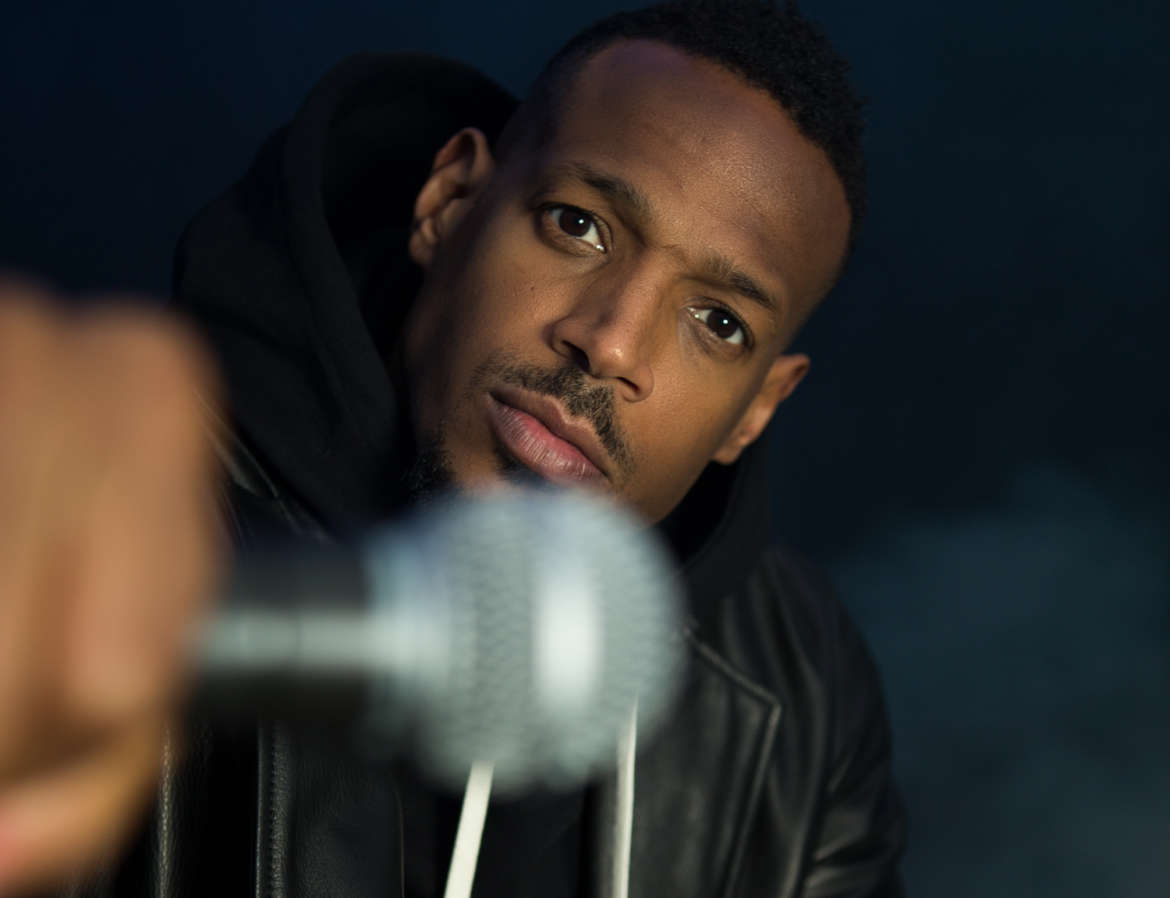 Simply put, Marlon Wayans is an actor, producer, comedian, writer and film director. His films have grossed more than $736 million in the domestic box office, an average of nearly $50 million per outing. As a standup comedian, he is selling out shows nationwide — including several performances this weekend at the Chicago Improv —  and released his first-ever stand-up comedy special last year, Woke-ish.

Next up for Wayans is the upcoming Netflix film Sextuplets, in which he plays six different roles. Sextuplets is slated to premiere on Netflix in July 2019, and I had the pleasure of asking Wayans about that and more. Wayans — who recently starred in the NBC sitcom Marlon and the Netflix movie Naked — can be followed on Twitter, Facebook and Instagram via the @MarlonWayans handle.

Is this the first time you’ve played at the Chicago Improv?

Marlon Wayans: Nah, maybe my fifth or sixth… Maybe my seventh or eighth. I’ve been there a lot.

So what exactly was your entry into stand-up? Because of course everyone first found out about you from In Living Color, but they didn’t necessarily realize that you’ve been doing standup for the last bunch of years…

Marlon Wayans: I started out as actor, then I started doing stand-up when I was in college where I was, like, 17. I stopped and then I started again. I did it about 60 times… Then because I want to write movies and write TV shows, I quit. Then I started back when I was 38 years old because I had to go up for the role of Richard Pryor and if I was playing the greatest comedian ever I should get my black ass on-stage. That brought me to the stage eight years ago. Now I’ve been on this journey to truly be a comedian. That’s what I’ve been.

I’m curious about why somebody like yourself who’s written huge movies and been the star of great TV shows, what is it that draws you to continually do stand-up when you’ve got all those big projects going on at the same time?

Marlon Wayans: I think it’s the addiction to growth, the addiction of laughs and staying a student. The more you learn, the better you get, the more you’re prepared for whatever opportunities coming your way. It’s funny because I’m still nowhere close to where I want to be in my career…

Right now I just do the work and I’m never going to stop doing the work because I believe in alchemy and everything you do is for a reason and for a purpose towards your greatest purpose. And I feel like I’m getting better and it’s just making me a lot more articulate about funny, what’s funny about funny, and why things work and why they don’t. It really allows me to listen to my audience and even gauge myself and know I’ve gone too far or maybe not far enough… Every time you’re on-stage you get a new bite at the apple. You get a new time, a new chance to go be great, and I just love the practicum.

You haven’t had really any slow years over the last 25 years. If someone looks at your IMDb page, it’s just non-stop work. I’m curious how much of that is you pursuing projects versus people seeking you out.

Marlon Wayans: I would say 90, 95 percent of that is me. Nobody seeks me out. I haven’t had a movie offer or project that I haven’t written, produced or developed in I can’t tell you how long. Maybe the last movie I did was G.I. Joe, where somebody else was a producer on it… That’s not because I just like to do my own thing. I just develop and work so I don’t have to sit around waiting on Hollywood, because according to my IMDb, I’d have been waiting a long time between projects. So I like to create, I like to stay busy…

I don’t know man, it’s a beautiful journey. I’m grateful. I’m blessed to love what I do and to do it because I just love it and continue to grow and evolve as a writer, as a producer, as an actor, as a comedian, and as a person.

Sextuplets I believe is your next big project, which you did through Netflix. I assume that you also wrote it and produced it besides starring in it…

Marlon Wayans: We did a rewrite on it — Rick Alvarez and I — and of course yes, I’m producing. That’s a project we’ve been developing for like 10 years, and finally, it just came together. It’s a really crazy movie… As a performer sometimes you do stuff that impresses you. And this one, as a performer, I kinda impressed myself and I don’t do that often. But I did on this one because this movie sometimes I’m playing seven different characters. A lot of times those characters are in scenes with each other, and it’s funny, I don’t see me in the characters. I feel like you should fall in love with each character for a different reason. I feel like that each character is their own person.

You just mentioned how long of a process it was to get that movie going. So Woke-ish happened while you were already working with Netflix on Sextuplets?

And have you already started thinking about another stand-up special?

Marlon Wayans: Yeah, I think I’ll be ready, maybe another… I’ve got a lot of material I’ve been working on. I’m just enjoying the stage right now. But when it comes time to do a special, I could probably do one now, but I like to really when it’s time… I’m ready to get ready now, but I’m going to wait a little while. I want to see what else I come up with.

Aside from all that, you’re a native New Yorker. Do you still identify as a New Yorker?

Did you grow up near 18th Street? Was it those projects?

Marlon Wayans: I grew up on 16th Street, which is near 18th Street — the Fulton Projects, which is there in Chelsea.

I’m curious if you’ve gone back since that area became big with the Highline Ballroom, the Hiro Ballroom and all that.

Marlon Wayans: Absolutely. And I always stay right down the block from my projects. When I go to New York I stay within a five-block radius of my projects because I just like to walk by there. It feels like home.

As the story goes, Eddie Murphy visited your house when you were a kid. Was it actually in those projects where that happened?

(laughs) Got it, so now we know where to visit. So ultimately are there any upcoming projects that I didn’t mention or things that you want to plug?

Two quick questions and then you’re a free man. Is it true that you get residual checks for Batman as you were cast in some of the movies, but due to some weird situations you didn’t get filmed but you did get paid?

Marlon Wayans: That is very correct. Every now and then I’ll get a seven-dollar check.

And in closing, Marlon, any last words for the kids?

Marlon Wayans: For kids, I would tell them, “Don’t let anybody tell you that you can’t achieve any goal that you set your mind to. If you believe it and you want to do the work, you can be anything you want to be.”