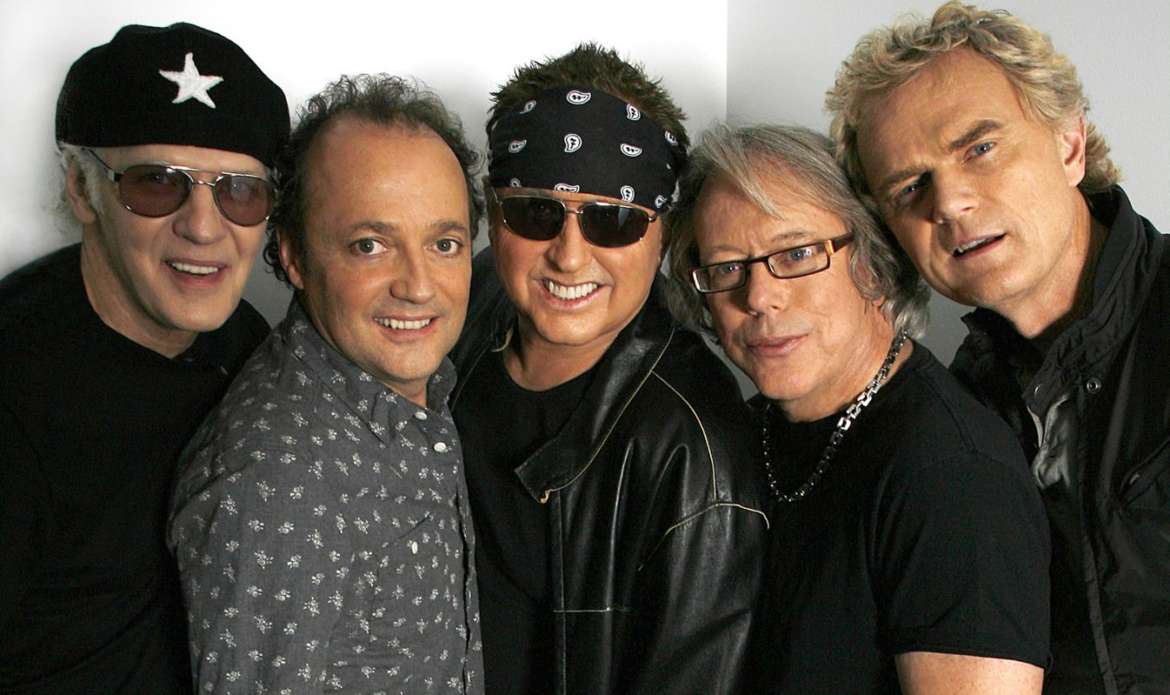 Loverboy’s 40-year-long career began in Calgary when vocalist Mike Reno was introduced to local guitar legend Paul Dean. The two were eventually joined by keyboardist Doug Johnson, drummer Matt Frenette and bassist Kenneth “Spider” Sinnaeve, who replaced the late founding member Scott Smith in 2000. The band ultimately scored four multi-platinum albums, and yielded plenty of still-loved hits like “Working For The Weekend,” “Lovin’ Every Minute of It,” “This Could Be The Night,” “Hot Girls In Love,” “Heaven In Your Eyes,” “Turn Me Loose,” “When It’s Over,” and “Queen of the Broken Hearts”; Reno was also the lead vocalist behind popular soundtrack songs for Footloose, Dream A Little Dream, and Iron Eagle II.

Things have in no way slowed down for Loverboy in recent years. Its last studio album was 2014’s Unfinished Business, while 2016 brought a new single called “Hurtin’.” Meanwhile, guitarist Paul Dean released a new studio album last year and singer Mike Reno has been rumored to be releasing some long-ago-recorded solo material in the near future. Upcoming tour dates include a Chicago-area stop at Waukegan’s Genesee Theatre on January 25th, and you can find tickets for around $40 online. We had the pleasure of talking with Reno about Chicago-related comedy — including what he thought about Chris Farley’s dancing to Loverboy’s “Working For The Weekend” on Saturday Night Live — and whether he will be performing “Almost Paradise” next month in Waukegan.