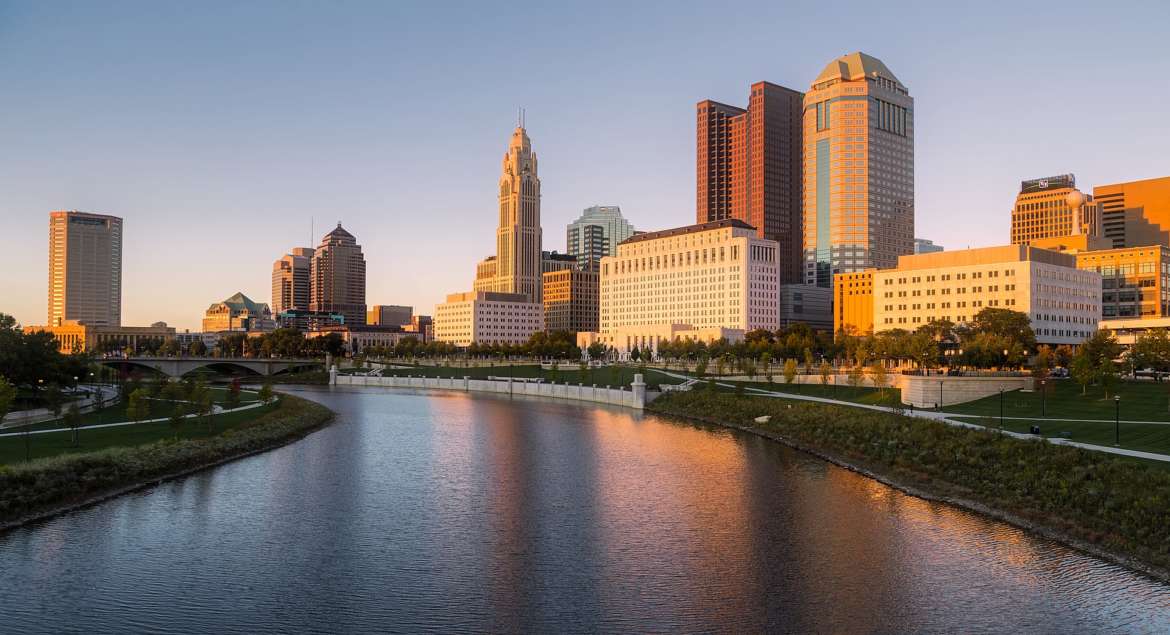 Local Experts On Where To Go, Eat & Drink In Columbus, Ohio

Columbus, Ohio may not be one of the top 10 most populous cities within the United States, yet it manages to have everything that one of the biggest U.S. cities would have. For example, between John Glenn International and Rickenbacker International Airport, Columbus has direct flights to and from Chicago (less than 1 hour in the air), Los Angeles, San Francisco, Las Vegas, Miami, Atlanta, and dozens of other key cities. Yet Columbus — home to the NHL’s Columbus Blue Jackets, the MLS’ Columbus Crew, college sports institution Ohio State University and four Fortune 500 companies — manages to carry a “small town” vibe in that its residents are friendly, its upscale food is economically-priced and traffic only seems to happen during rush hour.

I had the pleasure of visiting Columbus, which the New York Times named “one of 52 places to visit in 2019,” during this year’s Sonic Temple Art & Music Festival. The sold-out, multi-day event on the grounds of MAPFRE Stadium brought in well over 40,000 attendees per day.

Below are highlights from my Q&A with some local experts about what they enjoy most about Columbus:

For how long have you been a resident of Columbus?

Adam Holtzapfel: Almost 4 years. I grew up in a town about half an hour away, so Columbus was always a destination for movies, dinners, etc. as a child and teen.

What is it that you enjoy most about Columbus?

Katalina Day: The livability of a smaller town with the perks of a big city.

Adam Holtzapfel: The local music scene (Lo-Pan, Akula, and Bridesmaid, to name a few artists) and the horror community (including the Gateway Film Center and Studio 35).

Kristine Ashton-Magnuson: Everyone is so friendly, there’s a strong locavore movement, and local businesses really seem to support each other. They take pride in their products and services, and share that passion with customers. That passion and pride is most evident at Jeni’s, where you’ll be invited to sample every flavor of ice cream before making your selection and you’ll also get a passionate description of each flavor and sometimes the history of its creation.

The sense of community and synergy between local businesses really impresses me. For instance, at North Market Spices, you’ll find a spice blend made specifically for Katalina’s. Stauf’s Coffee and Cincinnati’s MadTree Brewery teamed up for a “Local Blend” craft beer that we picked up at The Barrel and Bottle in North Market.

I’ve also had great experiences working with the local tourism office, Experience Columbus, and their Columbus ambassador program. Their program provided me with amazing volunteers to work directly with well-known talent at a music and comedy event a few years ago. I had never heard of a city offering this type of service, and it was a huge help for our event.

Lastly, everything is very affordable in Columbus compared to many other major cities, so that’s a nice bonus.

Other than your workplace, what are some of the spots in Columbus that you regularly frequent when in town?

Katalina Day: Dough Mama, Bangkok Grocery, Ambrose & Eve, and Brown Bag Deli and Jeni’s — both across the street from my house in German Village.

Kristine Ashton-Magnuson: I’ve been visiting Columbus at least once a year since Rock On The Range began in 2007. My list of favorite restaurants and breweries keeps growing, but we seem to have less time in Columbus to visit them each year, so it’s always hard to pick favorites. I can definitely say my absolute favorite places to visit in Columbus are North Market and Jeni’s Splendid Ice Cream (any location). North Market is a downtown public market in a historic building with so many great booths. I try to make these my first stops when getting into town and love to share the experience with friends who are in town working the festivals with us.

What was the last concert you attended in town?

Adam Holtzapfel: Not sure, it’s been a while. The next one is Mastodon with Every Time I Die and Coheed & Cambria.

What is coming up for you work-wise?

Katalina Day: A second location! Finally — in Clintonville; someone told me it was rated one of the hippest places in the U.S.!

Adam Holtzapfel: Not much, just the usual…

Kristine Ashton-Magnuson: We just finished the run of Danny Wimmer Presents spring festivals (Welcome To Rockville, Epicenter, Sonic Temple, Chicago Open Air Presents), Next up, I have Gnarlytown: Bikes, Boards & Bands in San Pedro, California on June 22nd. This new festival is produced by SGE, Nitro Circus, Chris Cole, and Brew Ha Ha Productions, and blends action sports, punk rock, and craft beer tasting. Then we have 3 weeks of DWP festivals in Louisville in September (Hometown Rising, Bourbon & Beyond, Louder Than Life), followed by Aftershock in Sacramento in October. We have Dropkick Murphys touring with Clutch this fall and very soon we’ll be announcing the music lineup for the ShipRocked cruise which leaves from New Orleans in February.

Adam Holtzapfel: Buy the ticket and take the ride.

Kristine Ashton-Magnuson: If you’re visiting Columbus — or any other new city — I strongly suggest trying to check out the local farmers market and/or public market and searching Yelp and local publications for restaurants, coffee shops, breweries, or whatever interests you. I find that visiting local businesses makes traveling to any city much more enjoyable.