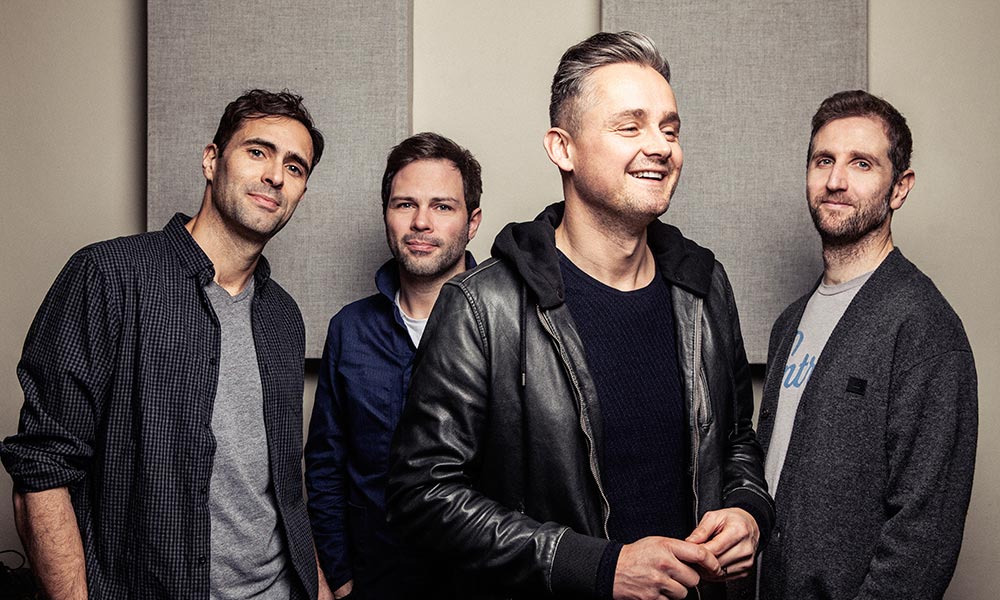 Best-selling and award-winning British band Keane — comprised of lead vocalist Tom Chapin, multi-instrumentalist Tim Rice-Oxley, drummer Richard Hughes and bassist Jesse Quin — formed in the mid-1990s and first found mainstream success with 2004’s Hopes And Fears album. Hopes And Fears was not only the second best-selling British album of 2004, but also the 11th-best-selling album of the 2000s in the UK. On the critical level, Q Magazine ranked the album at #34 on the “250 Best Albums of Q’s Lifetime 1986–2010” list in 2011.

The followup album, 2006’s Under The Iron Sea was another #1 album in the UK beyond reaching the #4 spot on the U.S. Billboard 200 chart. 2008’s Perfect Symmetry was another platinum-seller in the UK, also charting high around Europe, Australia, and North America. 2012’s Strangeland became Keane’s fifth consecutive #1 release on the UK Albums Chart, and it would Keane’s last album before the hiatus that proceeded 2019’s Cause And Effect.

Last summer Keane blew away festival crowds across Europe — beyond U.S. fans through a series of intimate shows — in support of Cause And Effect. The album hit Top 20 on the U.S. Billboard Albums chart and the #2 spot on the UK charts. Meanwhile, CBS’s The Late Late Show With James Corden hosted Keane in June for performances of “The Way I Feel” — which went Top 20 within the AAA radio format — and “Love Too Much.”

U.S. touring in support of Cause And Effect continued this month, and Keane will be in Chicago on March 20th for a show at the Cadillac Palace Theatre. I had the pleasure of speaking with Keane drummer Richard Hughes about his history with Chicago and plenty more on March 10, 2020. The full chat is embedded below for your listening pleasure and is slated to appear on an upcoming episode of the Paltrocast With Darren Paltrowitz podcast. More on Richard Hughes — who kindly took the time to reschedule our original phone call after a last-minute mishap which involved yours truly — and Keane can be found online by visiting www.keanemusic.com.

On Keane’s history with the great city of Chicago:

Richard Hughes: Yeah, I think we filmed a show there many years ago, back when people used to make DVDs. (laughs) It’s a place we’ve been to many, many times. We were treated to a Cubs game one of the first times we were there. We had a great time with our Cubs caps on. (laughs) It’s always been a fun place to go. And for me as a drummer, it’s a place where a lot of the drum-related manufacturers are, in Illinois especially.