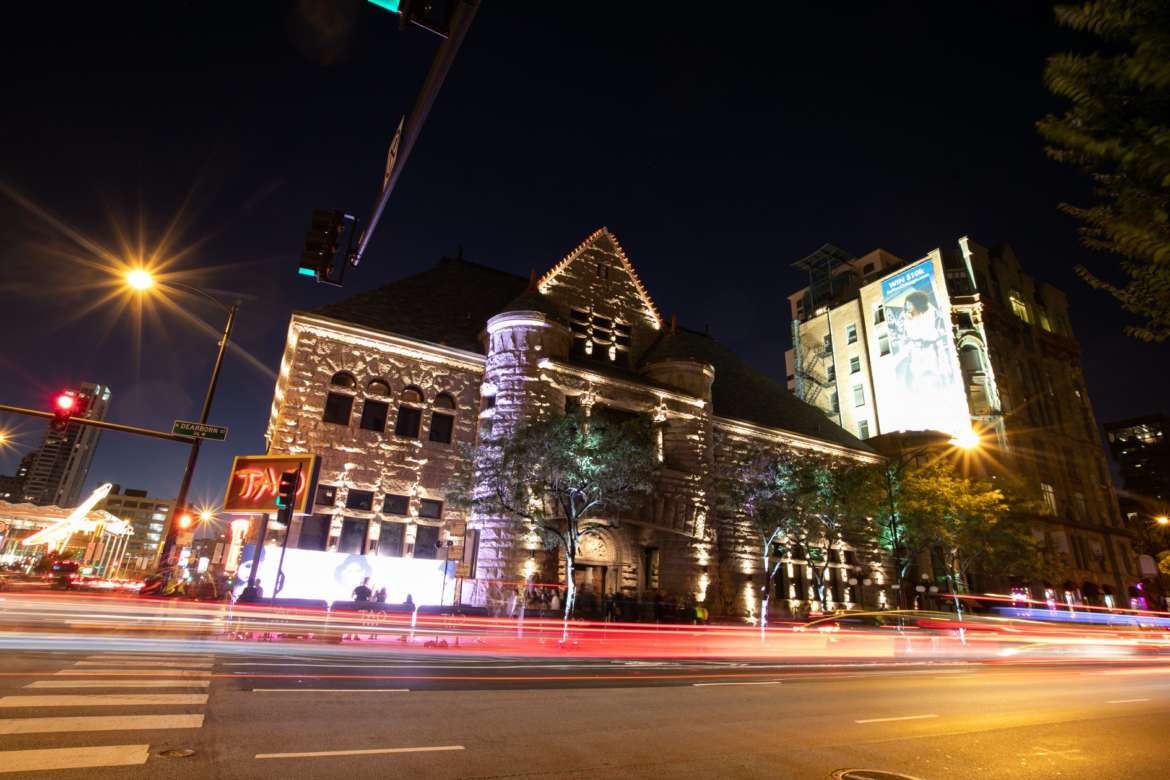 Nightmare or Nightclub? Rumor has it that TAO Chicago is haunted by ghosts.

If you frequent the club scene in Chicago, you’re bound to have heard of TAO or at least seen the red-carpet entrance and line. You can’t miss this gargantuan stone building with spire-like posts on its four corners.

TAO is not just another hip, nightclub of the present day. It’s also the home of a couple of ghosts. As some would say, TAO Chicago is haunted.

Let’s back up here. Before this granite building was TAO, it embodied a different venue for various nightclubs from the 1980s through the mid-2010s. From nightclubs like Castle Chicago (where there were three nightclubs housed under one roof) to other clubs like Excalibur and Vision, this place has always been where trendy socialites dance, drink, and climb the social ladder.

But what if we went even further back in time? All throughout the 1900s up through the ’60s, the building traded many hands. This all-purpose structure has housed publishers, design institutes, and even recording studios. Let’s put it this way: TAO’s building is like the hot potato of Chicago.

But why? Could it be the tumultuous economy from the ‘80s through the mid-2000s? Or shifting trends in nightclub-goers preferences? Or might it just be the ghosts of Chicago’s past?

All those theories sound like the perfect start to an economics class. But the ghost theory is particularly curious (and doesn’t require as many graphs with supply and demand).

In 1892, this granite building was home to the Chicago Historical Society—you know, since there was a fire, architect Henry Ives Cobb constructed a fire-proof building. Fast forward to the Eastland Disaster of 1915. Legend has it that 632 N. Dearborn was a pop-up-morgue (if you will) for the bodies that had drowned from the sinking of the SS Eastland. This theory is plausible, but considering that no bodies were actually ever brought there, it’s a little far-fetched. However, in 1931, just 16 years later, the Chicago Historical Society moved to Lincoln Park — for no known reason.

Years passed before the whole nightclub era of this historical society building-turned-pop-up-morgue takes over. When Excalibur was in business was the first hint that something was off about this place. There are plenty of stories from previous employees speaking to the usual ghost-stuff, i.e. candles being lit and then extinguished… Faucets or taps running — without any cause. Things, like bottles, breaking. Maybe an apparition here or there.

Turns out, one of those apparitions happens to be Mary, a girl from the Southside of Chicago who dances with people and then suddenly disappears upon catching a ride.

Enter: Neil Tobin. Neil is a purveyor of all things paranormal, specifically in Chicago. He used to host a Supernatural Chicago show on Fridays back in the mid-2000s. During these shows, Tobin would share the infamous stories of this famed granite-building. Note: there are some stories that don’t line up chronologically speaking with this building (i.e. the Chicago Fire happened before this building was constructed). That being said, the story of Mary is extremely enticing (and maybe even believable).

Here’s how the story of Mary goes: Mary’s proper title is Resurrection Mary. Supposedly at a Supernatural Chicago seance with Tobin, a volunteer would hear two whispers: a name and a number. The name, in this particular seance, was “Mary” and the number whispered was “8.”

Don’t worry. It goes on.

With an envelope in hand, Tobin explains that there should be a message. Upon opening this letter, there’s the exact prediction of this seance’s events: the spirit of Mary, who died eight years before, would contact Tobin that evening.

All you need to know is to look out for yourself when you walk down the stairs (as previous employees have said they’ve fallen down without reason). And if candles start extinguishing themselves or Mary dances with you and then disappears, perhaps you should lay off the absinthe.

What do you think? Is TAO Chicago haunted? Let us know if you have a ghost story to share in the comments below!