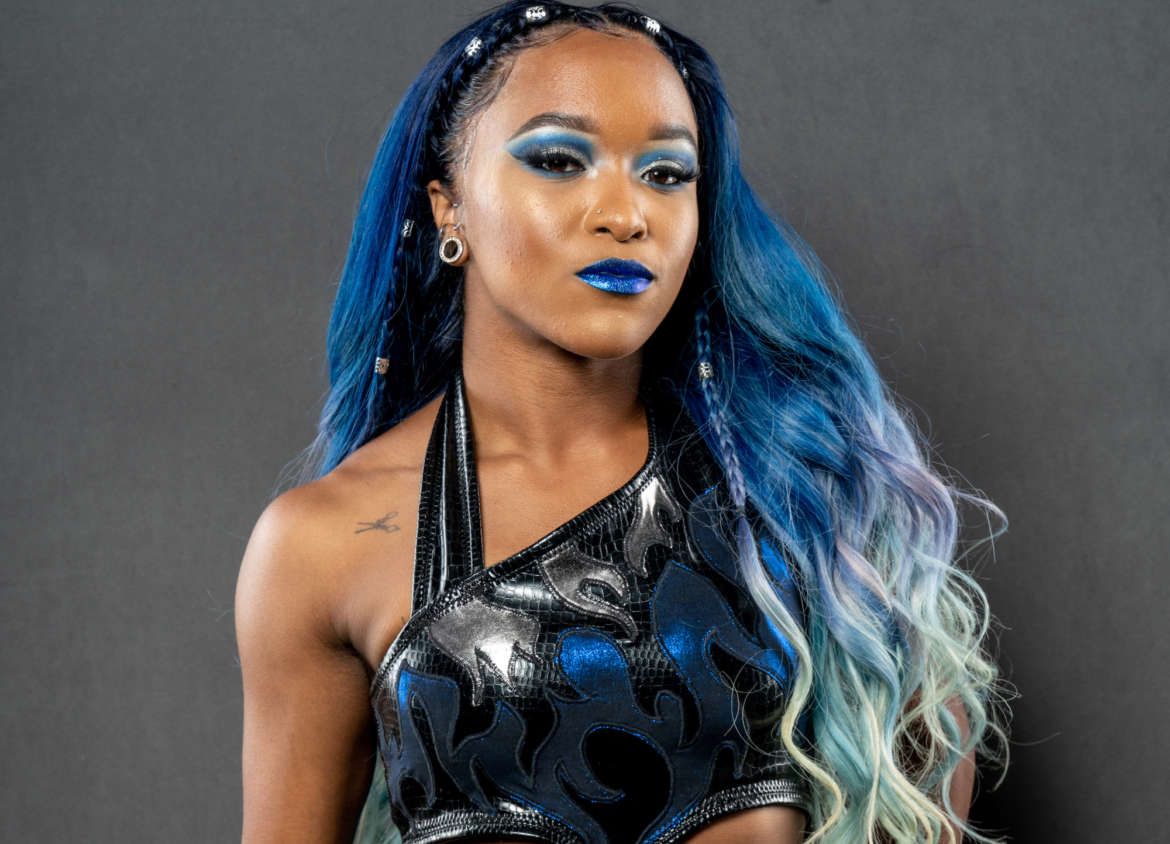 IMPACT Wrestling’s biggest pay-per-view event of the year, Bound For Glory, will be taking place at the Odeum Expo Center in suburban Chicago on October 20th. In celebration of such, the IMPACT Wrestling’s roster has been spotted all over the Chicago area over the past few days.

One of the IMPACT Wrestling stars in town who has people talking is Kiera Hogan. Kiera Hogan made her IMPACT Wrestling debut in February 2018, defeating then-Impact Knockouts Champion Laurel Van Ness — now working for WWE as Chelsea Green — in a non-title match. Kiera Hogan has since battled the likes of Blanchard, Taya Valkyrie, Jordynne Grace, and Scarlett Bordeaux.

Kiera Hogan held a Coming-Out Party — in late July, Kiera Hogan had shared on social media that she was dating fellow female wrestler Diamante — at the famed Lou Malnati’s Pizzeria in Buffalo Grove on October 17th. The event was hosted by The Pinta Pride Project. On the same trip, Kiera Hogan also had a scheduled meeting with Illinois State Representative Greg Harris.

I spoke with Kiera Hogan herself by phone hours prior to her Coming-Out Party celebration about Bound For Glory, Chicago pizza, Diamond Dallas Page’s DDP YOGA Performance Center, her long-term goals as a professional wrestler, what she wishes more people knew about “the Girl On Fire,” and whether everyone in Atlanta is a wrestling fan. More on all things Kiera Hogan can be found on Twitter and Instagram at @HoganKnowsBest3.

On her history with Chicago as a wrestler:

Kiera Hogan: I did wrestle a few times for Shimmer [as based in Berwyn] this year… I was trained in the South, Georgia, Alabama, Tennessee, the Carolinas.

On whether her Coming-Out Party is her first trip to Lou Malnati’s:

Kiera Hogan: This will be my first time going there, but I’ve heard it’s the best pizza in Chicago. I’m a Giordano’s girl because one of the first times I came to Chicago, my idol Mickie James actually suggested Giordano’s, which is why Giordano’s is one of my favorite places. I have a lot of memories and their pizza there is the pizza that I tend to go towards the most. I’m supposedly tasting the best pizza in Chicago tonight, so if it does beat Giordano’s, I will tweet about it and let everybody know. I would like to be the judge of that.