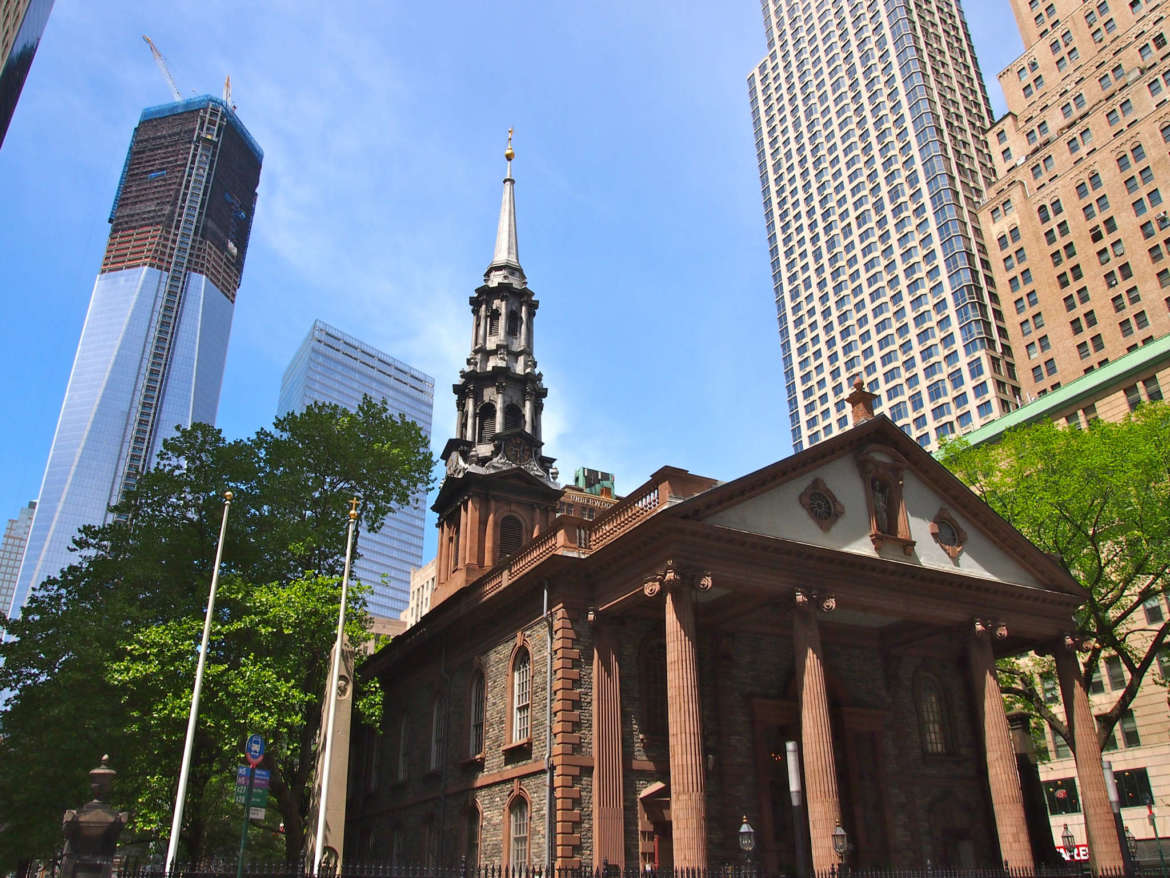 6 of the Coolest Historical Buildings in NYC

When it comes to history, New York is full to the brim.

And though I’m sure you’ve made a visit or two to Ellis Island or the Flatiron Building, there’s so much more by way of historical buildings that this city has to offer.

So, without further ado, here are 6 of the coolest, little-known historical spots in NYC.

A parish of the larger (and admittedly more famous) Trinity Church, St. Paul’s Chapel was opened in 1766. What was then known as a “chapel-of-ease,” this smaller, simpler version of Trinity was intended as an alternative to parishioners who could not make it to the main church for Sunday services. Many early Americans – including George Washington – were said to have worshipped in the little Manhattan chapel. And though the original church no longer stands (the current building having been rebuilt in 1790) St Paul’s still aims to serve its community, including becoming an outreach center after the World Trade Centers collapsed just across the street on 9/11, earning this historical landmark the name “The Chapel at Ground Zero.”

Though dating back to 1839 should serve to make this Brooklyn Heights home historic enough, the brick faced bi-level’s true claim to fame comes from a former resident: Truman Capote. Though Capote only occupied the basement of this quaint townhouse for about 10 years, it’s where he was able to finish both Breakfast at Tiffany’s and In Cold Blood, as well as his aptly named memoir Brooklyn Heights.

The house itself has recently undergone some pretty radical – and controversial – upgrades, including the purported installation of a backyard swimming pool, it’s still an awe-inspiring visit for any literary fan.

Though it may not be a building per say, the abandoned subway line underneath city hall is amazingly historic nonetheless. As the site of the first subway ride in 1904, the elegant domed ceilings and colored tile certainly out-do the urine-stained concrete of your daily stop.

The station officially closed for business in 1945 after city planners realized the amount of updates needed to modernize the location would way outpace the need for it, but 6 train riders can still see the gorgeous interior via tour or, should they choose to risk it, staying on past the last stop of the night.

This 1917 home in Bay Ridge, Brooklyn is clearly in a league of its own. A historical building no doubt, this fairytale style cottage was designed by James Sarsfield Kennedy to mimic the Old English, arts and crafts houses of the time.

With the whimsical roof, impeccable stain glass windows and amazing front yard, this one-of-a-kind spot is well worth a visit come summertime. Oh, and just in case you’re interested, the home was listed on the market for $11 million in 2017.

Hidden away on a small street in Brooklyn’s Cobble Hill neighborhood is a street full of some of the cutest darn houses you ever did see. Originally intended as workman housing in the early 1870’s, these brick-laden iron-wrought homes practically have a certain character we don’t see often in NYC – and it shows.

One of New York’s most famous secret streets, the Warren Place mews are directly inspired by the English courtyards of London, of which designer Alfred Tredway White was an unabashedly enormous fan.

Home to the official oldest restaurant in NYC, Fraunces Tavern was bought by proprietor Samuel Frances in 1755. The famous location is where Geroge Washington himself was said to give his farewell to the American troops.

Having been preserved since the 1900s, today, patrons can take tours of the space, and of course, enjoy their international beer list.