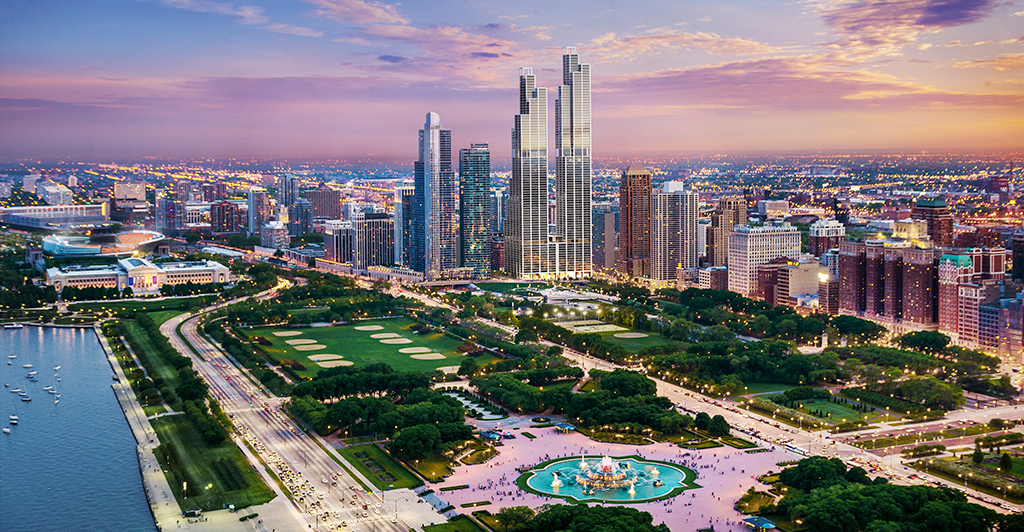 One Grant Park, the name of what will be one of Chicago’s 20 tallest buildings standing, has just been marked with a whopping $203 million price tag.

Crescent Heights are leading the operation, and they are the Miami-based developers behind other notable Chicago high-rises such as Burnham Pointe, 30 East Huron, Echelon at K Station, and Park Michigan, which has also pioneered the re-shaping of the South Loop skyline. The 76-story building will stand at 829 feet tall and offer 792 upscale residential units.

The building is just one phase of a three-part project. The developers plan to construct a second tower connected to One Grant Park, alongside a third undisclosed phase. The tower’s tiered shape is said to pay homage to that of Willis Tower.

The city has been in an architectural renaissance, of sorts, with new hotel and residential building developments taking place what feels like almost every month. This summer, construction plans were released for the highly anticipated Vista Tower, which will claim the title of the third tallest building in Chicago. Just this week it was announced that the upcoming Essex on the Park will be another to join the family of skyscrapers that will line Michigan Avenue in the Grant Park area. The South Loop, in particular, has become a hotspot for real estate over the past year.

Stay tuned for more coverage of the One Grant Park development and other upcoming constructions in the city.