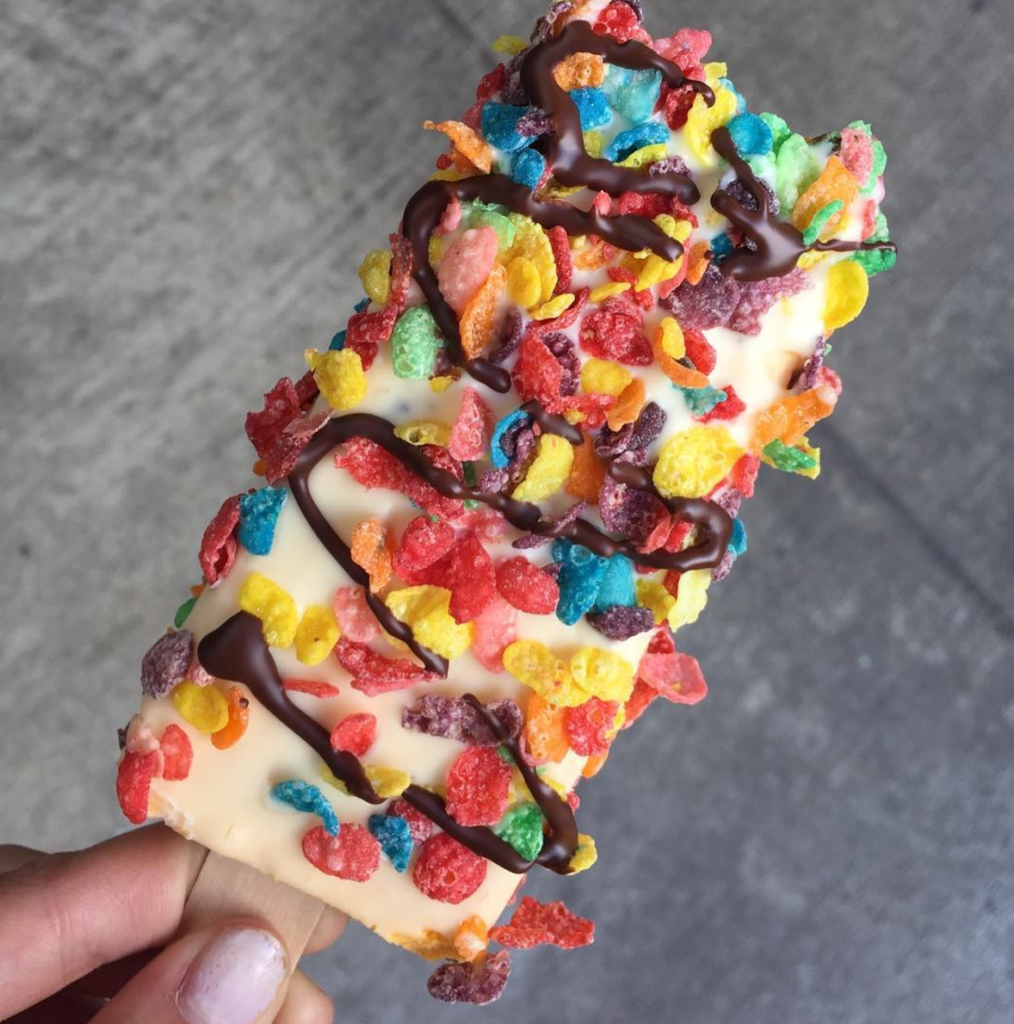 Yes, gordo is Spanish for ‘fat’ but gordito is also a term of endearment. Despite its name, Gordo’s actually offers many ice cream bars under 300 calories.

Find their customizable ice cream bars, paletas, and ice cream sandwiches under the El tracks off the Granville Red Line stop. The Edgewater location sits next to Flaco’s Tacos, its sister-restaurant. A second Gordo’s location it set to open at 729 South Dearborn by the end of June. The Printer’s Row location will be next door to another sister-restaurant, Hax, a fast-casual version of the famous Hackney’s Restaurant set to open this summer.

Hebson says opening an ice cream parlor has been a goal for a long time. The inspiration really came during college, saying, “When I was at Michigan State, I worked at a local ice cream parlor.” The interest stuck and he later went on to take Penn State’s ice cream course, teaching ice cream manufacturing from “Cow to Cone.” Hebson says, “That’s where I got the idea to do ice cream bars.”

Sprinkle – You aren’t limited to rainbow or chocolate sprinkles. You can have your ice cream bar rolled in toppings ranging from chocolate chips to Fruity Pebbles or Cinnamon Toast Crunch cereals.

Classic desserts including cookies, brownies, cupcakes, and chocolate dipped bananas are also available. Why does the ice cream bar open daily at 10:30am? Well, of course it’s never too early for ice cream! Gordo’s also features a coffee bar featuring cold brew, tea, and espresso drinks. What more could you ask for?