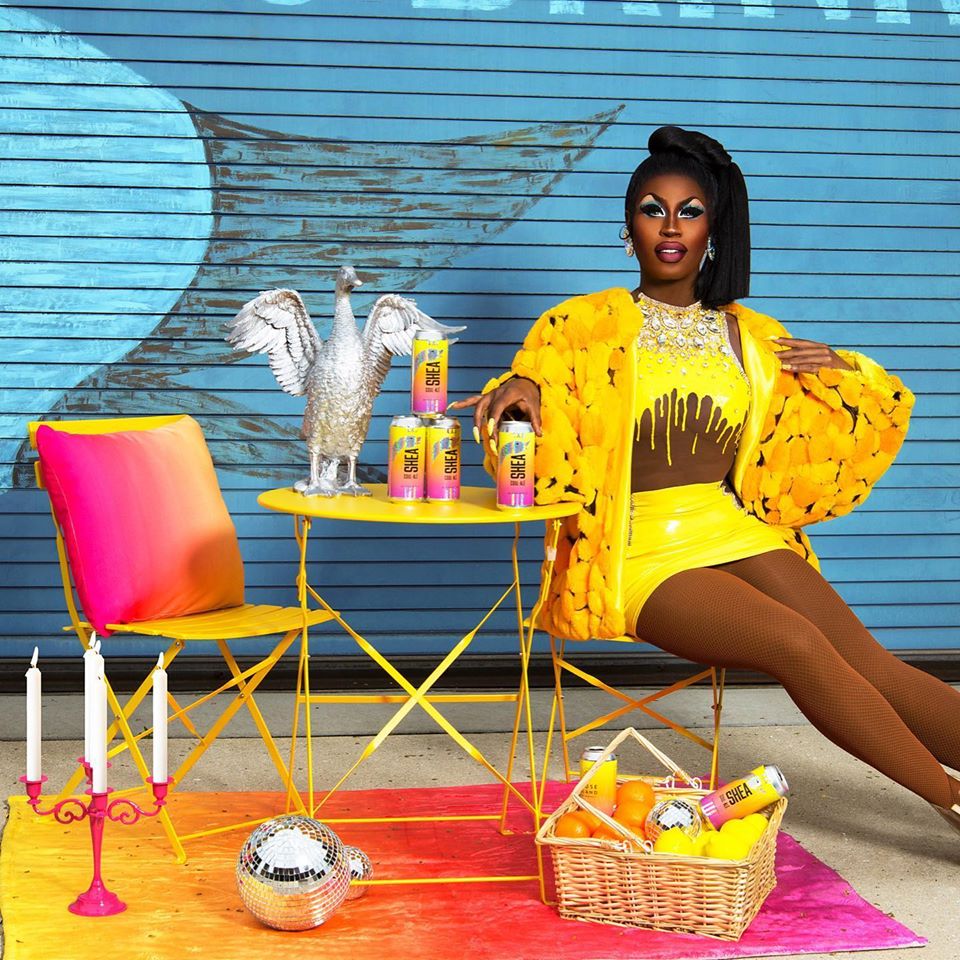 A fabulous new hoppy concoction dreamed up by Goose Island Beer Company and Chicago drag queen and musician Shea Couleé is due for release in early June.

Shea Couleé is widely known for having competed on season 9 of the Emmy Award-winning VH1 series RuPaul’s Drag Race. She continues to make appearances nationwide and in her own music videos, and is the inspiration for the new cleverly-named Shea Coul-Alé: a citrus-y, dry-hopped ale sure to quench your summertime thirst. Sold in a rainbow-ombré can, adorned with a long-lashed, silver-spangled goose, this is a brew that truly emulates Miss Couleé, who describes herself on social media as “equal parts Bougie and Banjee.”

Goose Island Beer Company, founded by beer-lover John Hall, has been selling great beer to Chicagoans and outsiders alike since 1988. A brewery with strong ties to the community, Goose Island has made a habit of creating beers (some limited-release, some year-round) either inspired by or in collaboration with local institutions, including Sox Golden Ale with the Chicago White Sox; Green Line Pale Ale (named for the train line); The Ogden (as in William Ogden); and No Collar with Chance the Rapper.

With the 2020 Chicago Pride Parade postponed to preserve social distancing, the timing of this beer release seems appropriate; a portion of the profits from its sale are being donated to TransTech Social Enterprises — a charity focused on economic empowerment and technical skills training for trans folks. TransTech was founded in 2014 by Chicagoan Angelica Ross, who is known for playing Candy in the FX series Pose and for being a vocal advocate for the trans community. In a 2019 interview with CBC, Ross explained that, having been marginalized as a trans person herself and having had few options for work, she realized she was quite tech-savvy; she taught herself HTML and CSS, as well as WordPress and other content management systems. As a remote freelancer, it occurred to Ross that having a career option outside of an in-person office setting might be particularly attractive to other trans folks who “haven’t yet reached their transition goals, or they just want to be their own bosses.” This realization became the catalyst for creating TransTech.

Shea Coul-Alé, which is just the start of the “Drag a Beer” collaboration between Goose Island and DoStuff, is only the most recent charitable venture in which the Chicago-based drag performer has been involved. In April, she appeared in the live-streaming premiere of “Cooking With Couleé” as part of Digital Drag Fest — proceeds of which went to Meals on Wheels. The summery and refreshing Shea Coul-Alé (which comes in 4 packs of 16-ounce cans) is available for pre-order starting June 3 at 12 pm, and will be widely available for pick-up or delivery starting June 10.

For more information on Goose Island Beer Company and their collaboration with Shea Couleé, visit their website.