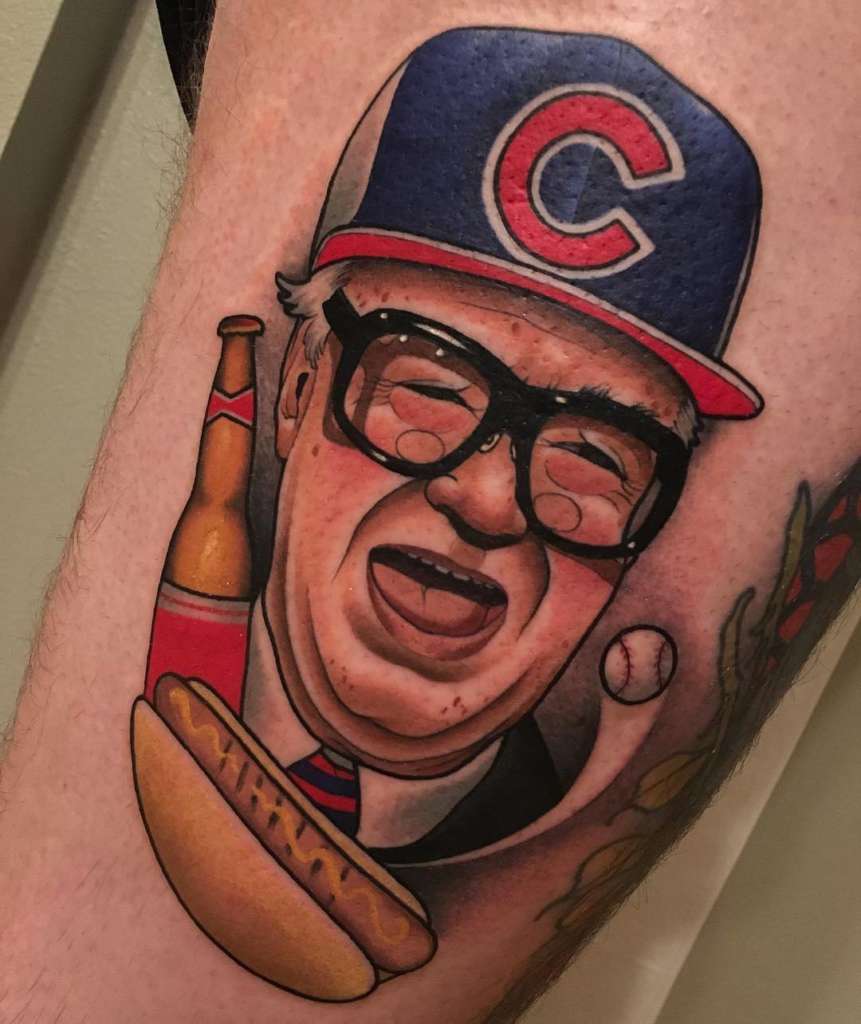 8 of the Funniest Chicago Tattoos You’ll Ever See

Chicagoans are loyal. Whether it be to our sports teams, our skyline, or even our food – repping our city is just a part of who we are.

And while some of us are content just wearing that Bears jersey or flying the W in our apartment window, others have taken their Chicago loyalty to a whole new – and cringingly permanent – level.

There are a lot of Chicago flag tattoos out there, so it’s nice to see someone change it up a little bit and at least customize the blue bars and red stars. Burt Olvera combined his love of Chicago and his obsession with Nintendo in one unique piece of body art that’ll have you giggling in no time.

Nothing Says “Chicago” Like the Portrait of A Corrupt Politician

Chicago Style is right. This tattoo has it all – the hot dog, the pizza, the skyline, the flag, the stacks o’ cash, and, of course, Rod Blagojevich’s face right in the middle.

Please note the lack of ketchup. This person knows how to dress a dog Chicago style, and isn’t afraid to show it. Those toppings are as iconic as any landmark.

When You Try to be Different

Alright, so you didn’t want a tattoo that said “Windy City” like everyone else’s. But some things are better left as they are.

As long as you get them tattooed on your arm, at least.

They Were Going for a Minimalist Vibe, I Guess? 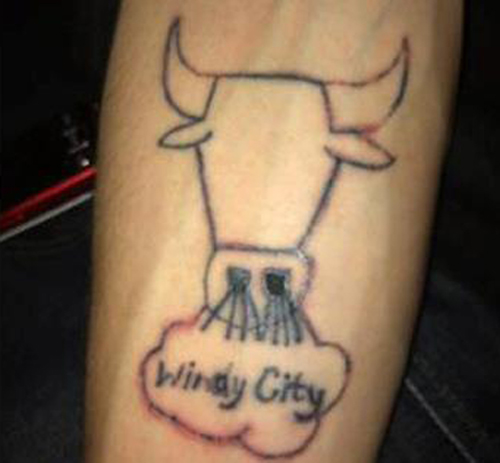 Is there really anything else to say about this one? 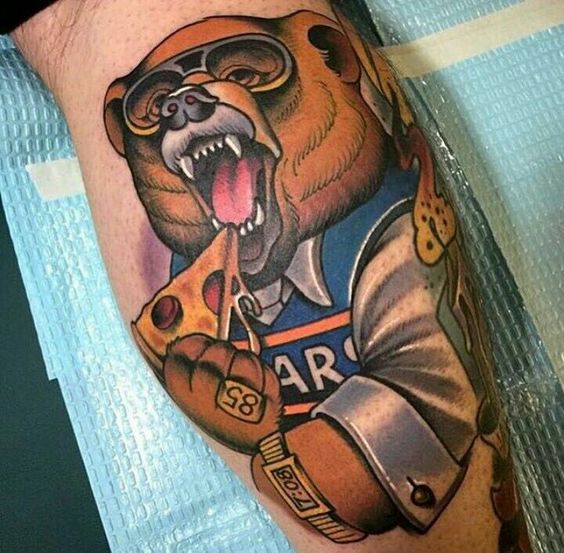 Could this get any more perfect? Sun-Times Sports even gave this ink a shout out on Twitter.

… And the Ditka Minion

This poor little guy doesn’t really stand a chance next to the Ditka Bear. But if you squint, it really does look like him.

Do you have a creative – or really bad – Chicago tattoo? Let us see on twitter @UMatterChicago.