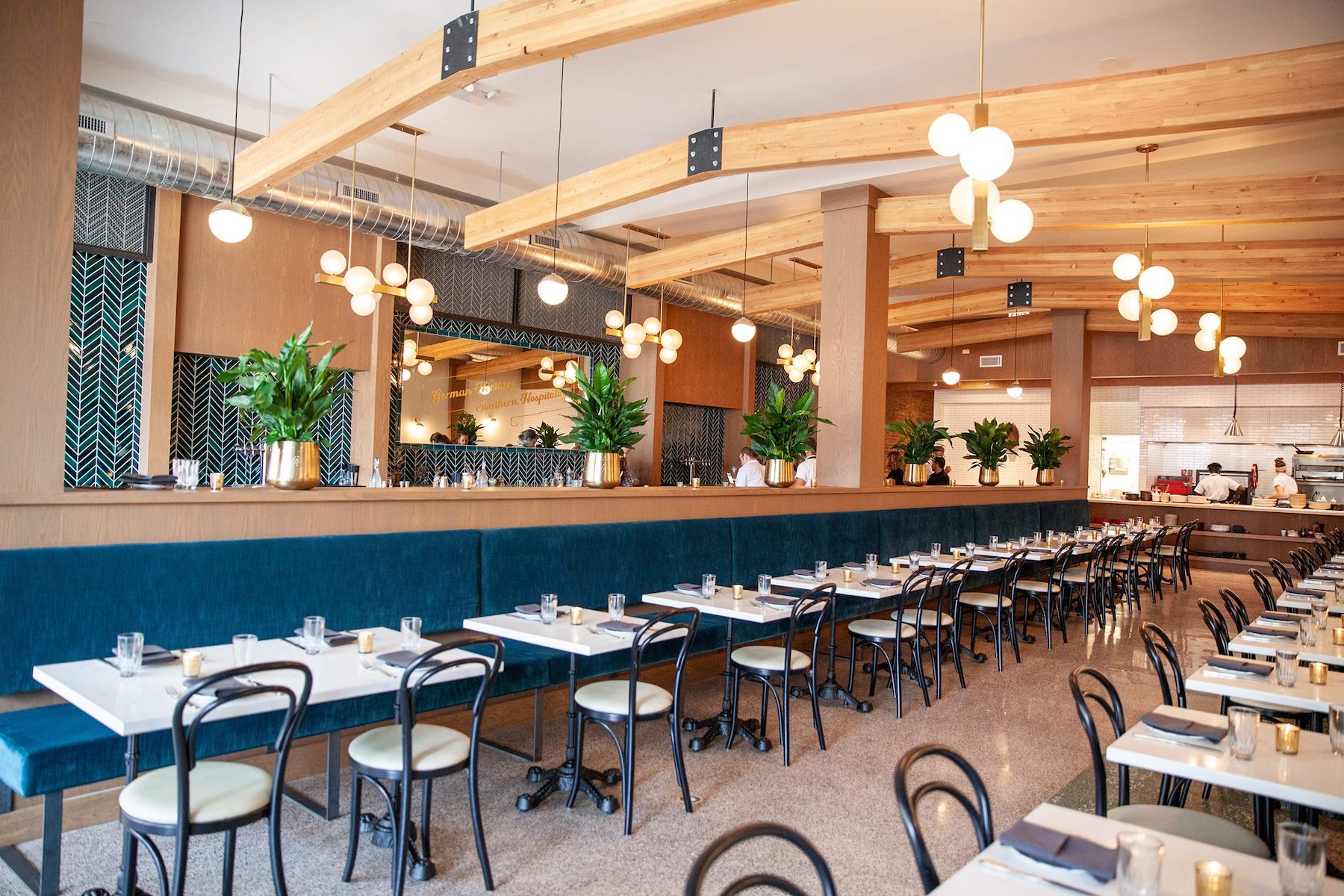 There’s no shortage of accessibility to incredible sausage when living in Chicago. In fact, Abe Froman made his name on it. But this isn’t your standard Jim’s Original or even your standard Ferris Bueller shout out, though plenty of those are always welcome. Today our spotlight shines brightly on the West Town neighborhood, to the quirky German gem, Funkenhausen.

From the name alone, you’re probably confused. When you acknowledge the fact that it’s a German-Southern fusion restaurant, you’re likely bewildered.

I had the opportunity to try Funkenhausen for the first time in Chicago and let me tell you, bewilderment quickly went out the window. The entire experience could eloquently be reminisced in a way that only the Chicago Tribune could with 1000 words that flow like a nighttime drive down LSD, but that just wouldn’t be our style. Nor would it be Funkenhausen’s, and frankly, neither of us would like it any other way. From the moment you step foot into Funkenhausen, the classic beer haus vibes hit you immediately in the face. It’s badass. It smells like sausage, beer, pork, and the energies radiating from the artwork and Lo-Fi hip hop music drape the entire scene as the words “German Heritage, Southern Hospitality” stare you down from behind the bar. Find a more fun atmosphere in fine dining, we’ll wait.

After a stroll past the open-air kitchen and like a street sign on a dim block, our initial pass through the menu at Funkenhausen guided our eyes to two distinct places: the Big Garlicky Pretzel and the Grüne Bratwurst. Between those, and well, drinking beer out of a glass boot, you couldn’t help but feel like you were sitting at a German cafe on a cobblestone road in Munich. It made sense, and for those beginning items, it was perfect.

Creatively, Funkenhausen takes that traditional German cuisine, and honors it. Some of it. However, there’s no subtlety to some of the Southern inspired elements to the cuisine. Note, there’s absolutely nothing wrong with that. We applaud Chef’s that push the envelope on what’s tradition. Funkenhausen in Chicago deserves that recognition. Just consider me a little sidetracked when items like the Surfenturfen completely scramble what you thought you knew. Scallops and pork belly with strawberries isn’t something you generally anticipate finding on a German menu, but again, it’s these liberties that make Funkenhausen a destination restaurant amongst West Town’s bustling dining scene.

Moving onto the entree section of the menu at Funkenhausen could only be done with the assistance of a second boot of beer (the house pilsner brewed with Funkenhausen’s own pretzels is a must). The Porkloin Schnitzel and Short Ribs called my name like a dear friend across a crowded room. Accompanied by a side of the charred Brocollini and Fries, the entire meal from top to bottom hit each one of my German sensibilities. Albeit I needed to be wheeled out of the restaurant after, that’s the ultimate sign of a good meal.

If there’s one thing to be said about Funkenhausen it’s don’t expect to roll into a HIIT class afterward. You’re going to want the check with one giant side of your couch, and well, maybe wash it down with another beer. But regardless of how you choose your Funkenhausen adventure, the path you choose is going to deliver in a way only Chef Mark Steuer can provide. It’s authenticity remastered. You just don’t have to travel to Bavaria or Charleston for it. And to me, that’s a beautiful thing.

At Funkenhausen, chef Mark Steuer draws inspiration from his Charleston, South Carolina, upbringing and German heritage to create unique dishes that revisit the meals of his childhood, but are reimagined with modern and innovative twists. It’s worth noting that, in the hands of Steuer, these traditionally heavy dishes become lighter versions of themselves. His food combines Southern and German flavors to create a soulful mash-up of cuisines, cultures, and memories in an expression that is deeply personal but still doesn’t take itself too seriously.