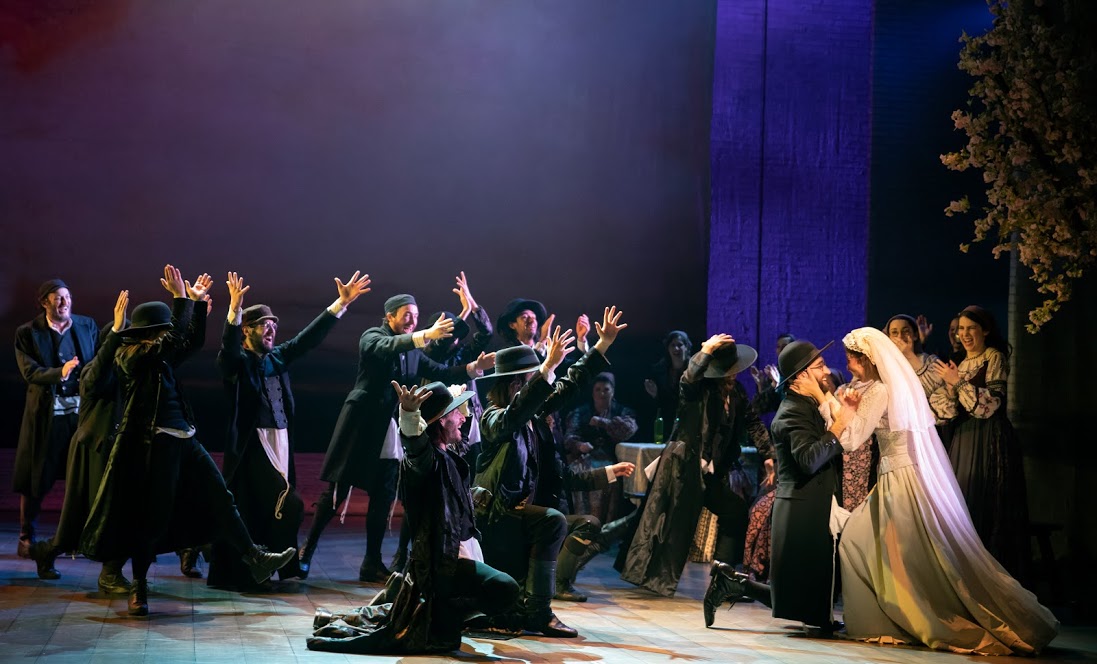 Fiddler on the Roof Continues Tradition in Chicago

The Tony Award®-nominated Broadway revival of Fiddler on the Roof opens for a limited, three-week engagement, now through January 6.

Fiddler on the Roof tells the heartwarming story of a Jewish family in Russia at the turn of the century, but it’s a story everyone can relate to. Conflicts between fathers and daughters, husbands and wives, and life, love, and laughter, all set amid a changing political climate in the shtetls of Europe. Popular songs include “To Life (L’Chaim!),” “If I Were A Rich Man,” “Sunrise Sunset,” “Matchmaker,” and the famous opening number, “Tradition.”

The original Broadway production of Fiddler on the Roof opened in 1964 and became the first musical in history to surpass 3,000 performances. The show won the 1965 Tony Award® for Best Musical in addition to eight other Tony Awards® that year. This acclaimed revival proudly introduces a new generation to the iconic musical adored across the globe.

Tevye the dairyman, played by Israeli actor Yehezkel Lazarov, remains steadfast in his faith, despite the world changing around him. He sings, dances, and is full of laughter, recreating the role once made famous by Zero Mostel, Hershel Bernardi, and Theodor Bikel. Standouts include Mel Weyn as Tzeitel and Ruthy Forch as Hodel, who has a magnificent voice. With larger-than-life masks, the dream scene has never looked better!

This new production is directed by Bartlett Sher and features a glorious set by scenic design by Michael Yeargan. Original choreography by Jerome Robbins and Hofesh Shechter has been recreated by Christopher Evans. The high-energy, take-your-breath-away dancing is joyous and mesmerizing.

Fiddler on the Roof is playing at Broadway in Chicago’s Cadillac Palace Theatre 151 W. Randolph.