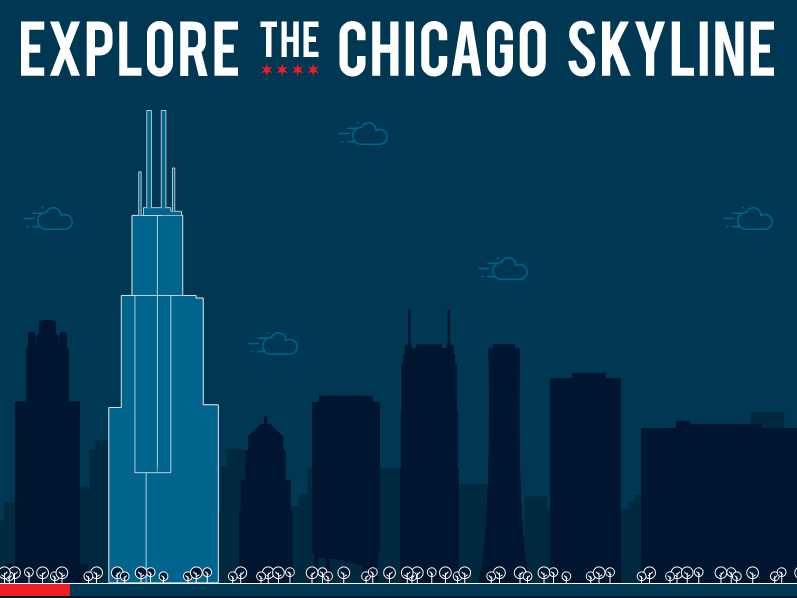 We all love looking at Chicago’s skyline, but how much do we really know about it?

For many of us, not a whole lot. Thankfully, we have Chicago Line Cruises to do the heavy lifting for us. The site’s new interactive graphic allows you to individually select from 37 of Chicago’s most prestigious buildings, giving information and fun facts on each.

The infographic allows you to view construction information, floors, height, and square footage of each building seen in Chicago’s skyline. You can also find information on the architects who built them.

One thing we’re pretty happy about: the guide still lists Sears Tower underneath the Willis Tower’s name. These guys are true Chicagoans in our book!

Some fun facts that stuck out to us:

“The statue atop the Chicago Board of Trade Building is a three-story art deco statue of the Roman goddess Ceres, goddess of agriculture and prosperity. The statue has no face.”

“Formerly the world’s tallest marble-clad building, in its design, the Aon Center is almost identical to First Canadian Place, a skyscraper in Toronto, with the only major difference being the orientation of the exterior windows.”

“One interesting element of the Tribune Tower is its collection of rocks and bricks, brought to Chicago by Tribune correspondents at the request of Colonel McCormick and integrated into many areas of the building’s lower levels. A full listing of the noteworthy stones is available here.”

“Willis Tower was the tallest building in the U.S. until the completion of the second One World Trade Center Building in New York City.”