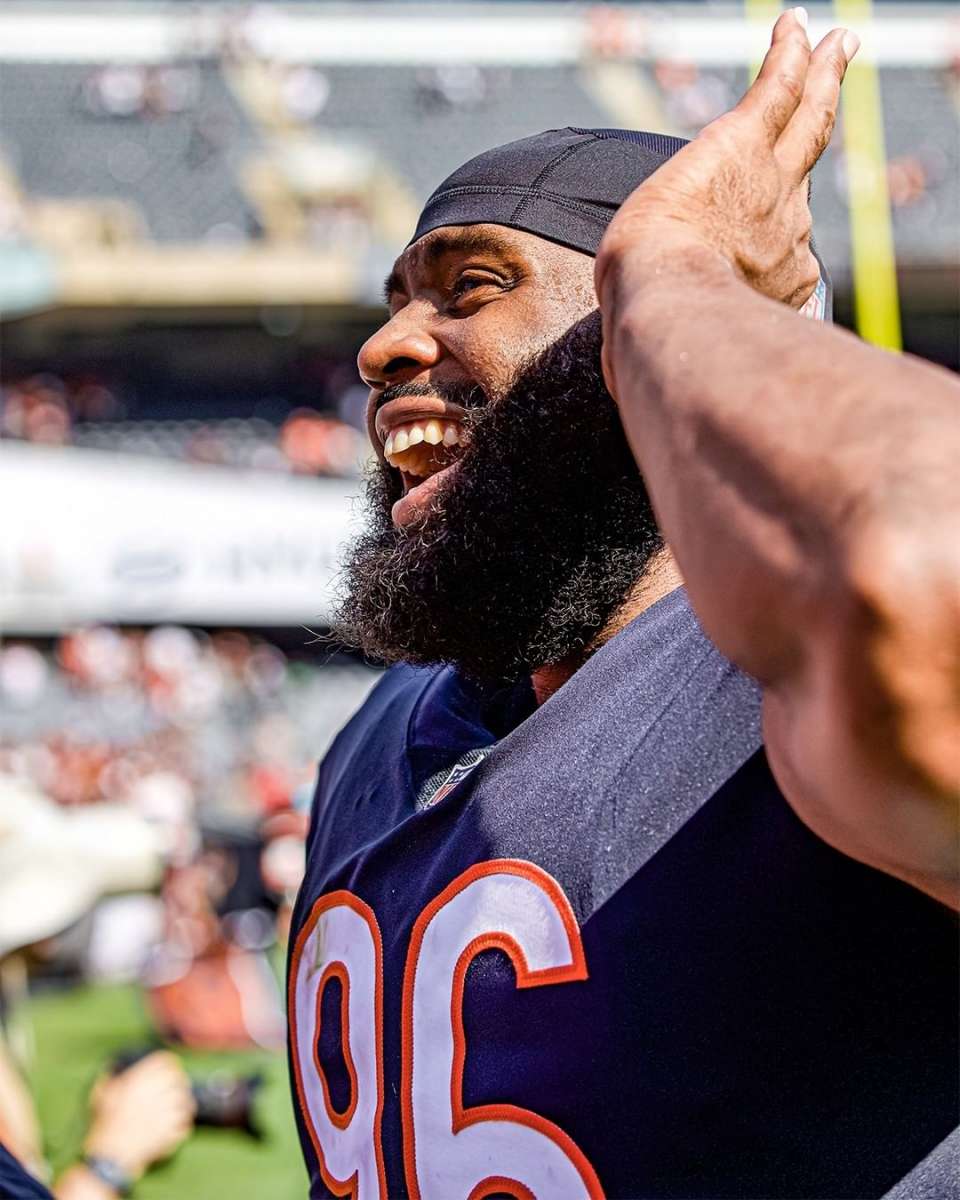 Forget all the woes and worries we threw out there after the Bears season-opener last week. Game two was much, much better. In their first home matchup of the season, the Chicago Bears week 2 game ended with a victory against the Cincinnati Bengals. But this week, a couple things were different for the Bears, and we don’t just mean the scoreboard.

From the offense to the defense, the whole Chicago Bears team’s week 2 performance was solid. The defense made some strides in the right direction by creating turnovers and even putting points on the board. And for the offense, they managed to find success after their starting quarterback went down and Justin Fields took over for the Bears. We’ll be diving into all of this and more in our Chicago Bears week 2 recap!

Has The Fields Era Started?

Honestly, it might have. Last week, Justin Fields saw plenty of playing time in the Chicago Bears week 2 matchup when starting QB, Andy Dalton, went down with a leg injury in the second quarter. Dalton returned to the game at one point, but he wouldn’t take the field again after halftime. This led to something that all Bears fans have been waiting for: Justin Fields time!

Through one complete half of football, Justin Fields played… well… just okay, honestly. Fields went 6/13 on passes, totaling 60 yards through the air with one interception and no touchdowns. He also managed 31 yards with his legs on 1o attempts. No touchdown this week though, which unfortunately meant that our rookie was scoreless in the Chicago Bears week 2 game. Luckily for us, we didn’t need him to do much more than that. If he would’ve done a bit more, there’s a chance Nagy would change his old tune about Dalton starting, but that doesn’t seem to have changed since Monday. All we can do is wait, but if the Chicago Bears defense can play all season like they did in week 2, it might not even matter who we have leading the offense.

Wow. Talk about a statement!

After basically embarrassing themselves in the season-opener, the Chicago Bears defense turned things around at home. Even as they faced the talented Joe Burrow, Chicago’s defense didn’t give in one bit as they turned the ball over four times. Three of those were interceptions and they happened to occur on three consecutive passes! Poor Burrow. He never threw more than two picks in college, and it took him 11 games as a pro to throw two in a game. The Chicago Bears week 2 defense changed that narrative for sure.

One of the Chicago Bears highlights came from the defensive side, when linebacker Roquan Smith returned an interception 53 yards for the score. It was quite the defensive effort from start to finish, and something that Chicago fans hope to see continue as the season goes on.

Looking Ahead To Week 3

Next week, the Bears hit the road again to face the Cleveland Browns in week 3. Despite Nagy’s statements, all signs point to Justin Fields starting for us next week given Dalton’s injury. The Browns are a little beat up too, as their quarterback, Baker Mayfield, played through a shoulder injury in their win last week. They’ve also lost receiver Jarvis Landry, and Odell Beckham Jr. hasn’t played this season yet either. Both teams are 1-1, and we’ll keep our heads up that the Bears walk away 2-1 after their noon game next Sunday, September 26.

There’s still plenty of time for the Bears to improve this season. Bet on NFL games at BetRivers, the home of Illinois sports betting, or try VA sports betting and much more.