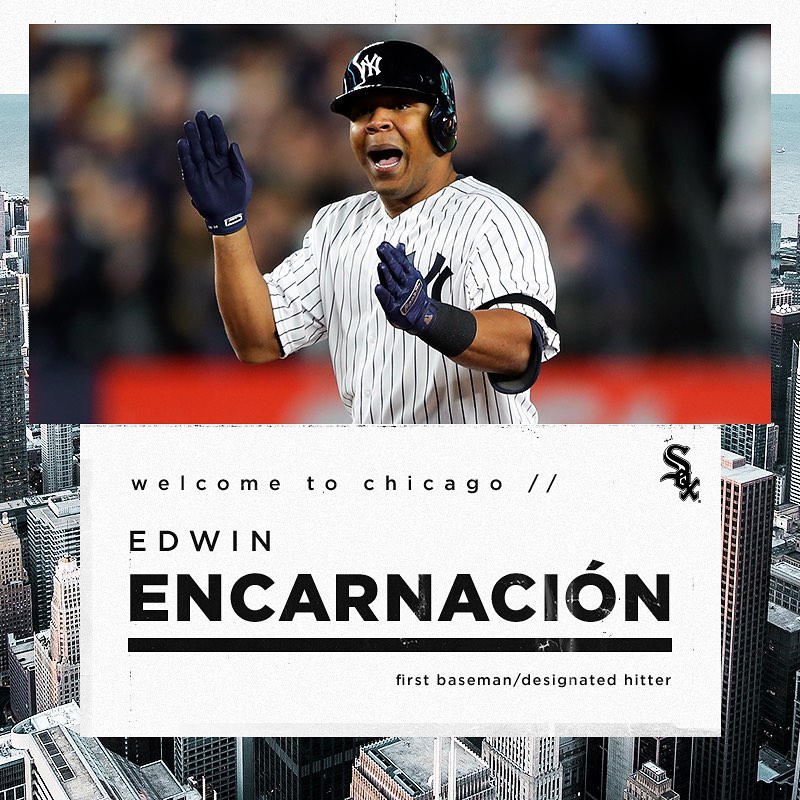 It’s been 110 days since the White Sox took the field, and the team is looking a little different after some key offseason moves. The White Sox have made some large additions. One of the more recent ones involves the signing of 37-year-old slugger Edwin Encarnacion. The White Sox signed Encarnacion to a one-year deal for $12 million with a club option in 2021 for another $12 million.

OFFICIAL: The #WhiteSox have agreed to terms on a one-year, $12-million contract with three-time All-Star first baseman/designated hitter Edwin Encarnación, which includes a club option for 2021.

Edwin Encarnacion looks to bring a solid bat as the White Sox designated hitter. General manager Rick Hahn said, “Edwin adds another threatening bat to our lineup, lengthening our batting order and increasing Rick Renteria’s offensive options on any given night,” when speaking on his new acquisition. Through 14 seasons in the majors, he posts a .263 batting average, 414 HRs, and 1,242 RBIs. Since 2012, Edwin Encarnacion has averaged 37 homers and 106 RBIs. One of his more notable highlights include a walk-off home-run in the ALCS against the Orioles.

During his career, Edwin Encarnacion played in Cincinnati, Toronto, Cleveland, Seattle, and New York. Now a Southsider, Encarnacion knows he’s bringing experience to the young White Sox. “I’m very excited to be part of this team, I think this team has a great future. To be here and try to help this team to go where we want to go and make the playoffs,” he said after his signing.

The Edwin Encarnacion signing marks another strong move made by the White Sox this offseason. Additionally, the White Sox picked up catcher Yasmani Grandal for the next four years and pitcher Dallas Keuchel for one. The team also resigned Jose Abreu for three years on a $50 million deal. And if that wasn’t enough for you, they also agreed to a six-year deal with prized prospect Luis Robert.

After seven straight losing seasons, the White Sox look to be in the fight for the AL Central title and the postseason. Only time will tell, but these moves are sure to help them get closer to that goal. White Sox spring training begins in just 37 days with their first game against the Cincinnati Braves on February 23rd.