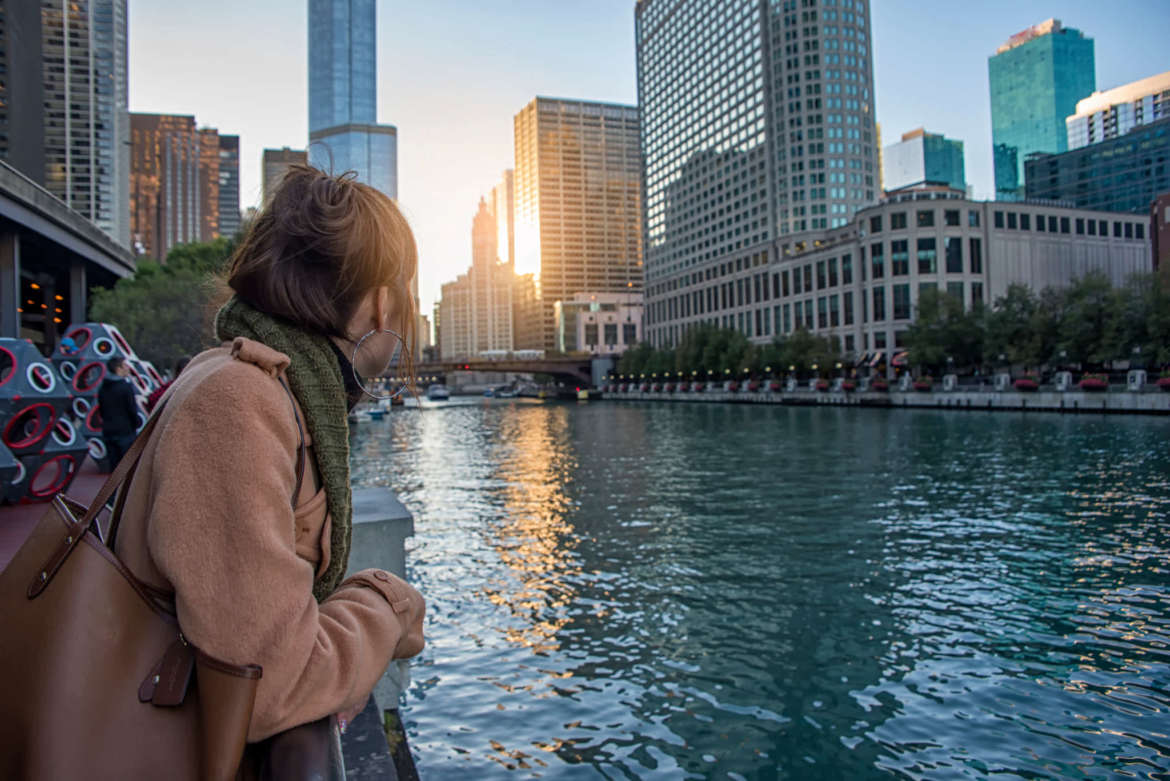 Are you driving to Chicago solo?

Awesome! Chicago is a fantastic and safe city for solo travelers. This Midwestern jewel has a lot of iconic buildings, tourist spots, museums, and pretty much everything a major city has to offer. If you ask any tourists about American cities, the home of Al Capone is sure to come up alongside New York and San Francisco.

Here are some tips on where to go and how to stay safe in the Windy City.

Where to Go When in Chicago

Chicago has plenty to offer tourists. Here are some of the best attractions in the city.

If you’re looking for Chicago’s downtown, head on over to The Loop. There are plenty of attractions in the CBD, including Willis Tower, the tallest building in the world once upon a time. Other locations of interest in The Loop are:

No, Museum Campus isn’t a university, but an enormous park that runs alongside Lake Michigan. The park is home to three of Chicago’s most notable attractions:

This area is the most populated area in the city, and home to upscale neighborhoods such as Lakeview, Boystown, and Old Town. There are many bars and restaurants to choose from if you’re in the mood for food. The North Side has several iconic attractions, including Wrigley Field and Lincoln Park.

You’ll love this area of the city if you’re a sports fan and a lover of jazz/blues. The Chicago White Sox plays at Guaranteed Rate Field, and the Bears call Soldier Field home. The University of Chicago, Museum of Science and Industry, and Chicago’s Chinatown are here in the South Side. Other notable attractions include the Obama Kissing Rock in Hyde Park and Robie House.

This area of Chicago got the gentrification treatment recently. The hip and laid back “Near West Side” is home to Logan Square, which has a lot of bars and concert venues. Avoid the “Far West Side” though, located beyond West Ave. This area has very few tourist attractions, and it is dangerous.

Like any other large city, you have to familiarize yourself with the rules and regulations of the road if you’ll be driving.

How to Stay Safe When Traveling Solo

Chicago is a pretty safe city, but like any major urban center, has some rough neighborhoods that are unsafe for tourists. Chicago ranks 51st out of 162 “safest and most dangerous cities” list. Here are some safety tips if you’re traveling alone.

The first rule of travel is learning all that you can about where you’re going. Chicago is no different. Read about the city’s transportation system, attractions, emergency services (police, hospitals), and restaurants.

The car you rent doesn’t need to be flashy, because you’re only going to attract unwanted attention. All you need is a reliable vehicle that can get you from point A to point B without any fuss. Be sure to check vin number, and inspect every inch of the car at the rental, before driving off.

Keep Your Wits About You and Use Common Sense

The city of Chicago is safe, but there are still some areas that you should avoid, especially at night. Take the usual precautions and stick to well-lit areas with plenty of other people.

Stay Connected and Keep Your Family or Friends in the Loop

Make sure you can reach someone when you run into trouble. Let your inner circle know your itinerary and keep them informed at all times. If you can stay active on social media posting about your adventures, do it.