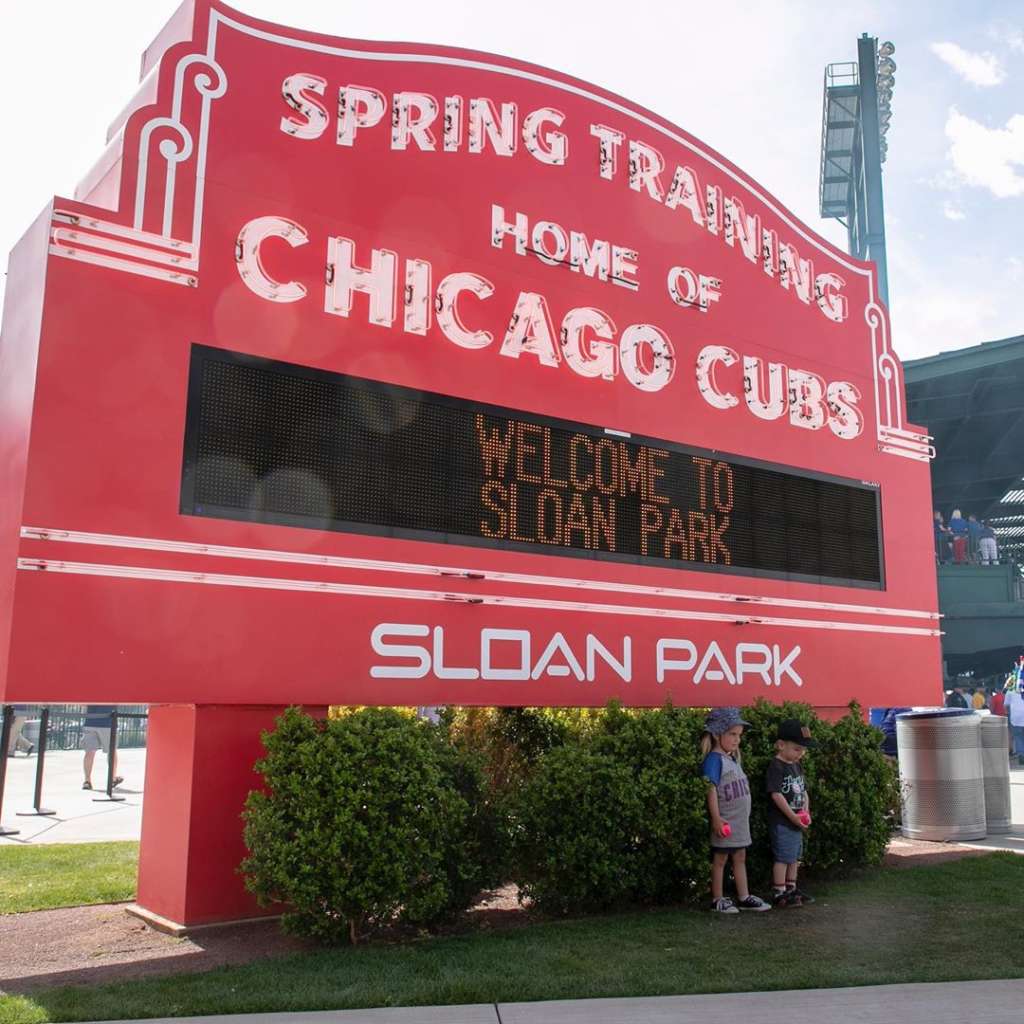 Chicago Cubs Spring Training is Back. Here’s What to Expect in 2020.

The end of February is here, and that can only mean one thing: the MLB is back! Every ball club officially reported for spring training earlier this past week. But there’s one team we’ve got our eyes on.

The Chicago Cubs spring training program kicked off last Sunday when the team arrived in Mesa, Arizona. In Arizona, the Cubs home field is located at Sloan Park. Fans are welcome to attend workouts during the day where they can interact with players. The team will also compete as a member of the Cactus League while they prepare for the upcoming season. Here’s what you can expect at this year’s Cubs spring training!

In an off-season filled with plenty of rumors about the future of this team, the Cubs enter spring training with the remainder of their core still intact. Many speculated the future of third basemen, Kris Bryant, who is up for an extension in 2021. But it doesn’t look like he’s going anywhere, as it was recently reported that Bryant would start as the leadoff hitter. This decision came from a somewhat new face to the Chicago Cubs, manager David Ross. While Ross isn’t exactly new to this team, he is new to the manager role, and he’s got some big shoes to fill after the team cut ties with Joe Maddon after last season. Speaking of Maddon, he currently manages the Los Angeles Angels, who are also scheduled to play the Cubs on March 2nd. Other notable games during the Cubs spring training include two match-ups with the White Sox on March 6th and 13th.

As far as new faces to look out for, there’s quite a few of them. The Cubs acquired a few RHPs over the off-season through trades and signings. In separate deals with the A’s and Dodgers, the team added Jharel Cotton and Casey Sadler. Pitchers Jeremy Jeffress and Ryan Tepera also signed one-year deals with the team. Some prospects to look out for on this team are SS Nico Hoerner, LHP Brailyn Marquez, OF Brennan Davis, and C Miguel Amaya. These youngsters will have a chance to earn a starting spot over the next month.

The Chicago Cubs’ first game of spring training is scheduled for this Saturday, February 22nd against the A’s. It won’t be long before the team takes the field for opening day on March 26th against the Brewers!