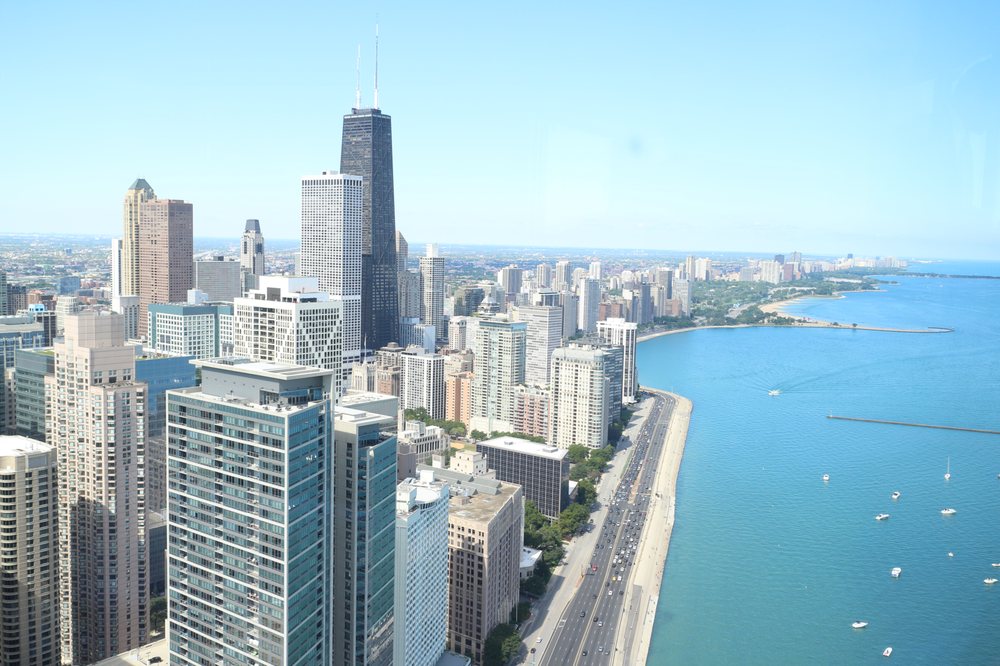 Cité, One of Chicago’s Best Views, is for Sale

Cité, one of the highest-altitude restaurants in Chicago (and arguably one of the best views), is now up for sale. This opportunity is a lucrative one for a resident or a restaurant, considering that this space sits on top of the only high-rise that’s east of Lake Shore Drive.

Sitting in a circular space on the 70th floor of Lake Point Tower, Cité has been in operation at its current location for decades. Broker Rick Scardino, who represents restaurant owner Evangeline Gouletas for the sale. In a statement to the Chicago Tribune, Scardino said that part of the attraction of Cité’s location is that “It’s the only commercial building east of Lake Shore Drive, with a 360-degree view of the city.” He also noted that “The term ‘once-in-a-lifetime’ is overused in my industry, but one can make the argument that this truly is a once-in-a-lifetime opportunity.”

With Scardino declining to estimate the value of the space and with a lack of a list price, it’s hard to say exactly what the space is going for, but for how treasured of a space it’s in, offers in the millions would certainly not be out of the question. Part of the reason Cité’s space is so tantalizing is the utility in the space itself. If the space is to stay a restaurant, a new restaurant operator could also buy the open space from the building’s condo association and turn the roof atop the 69th floor of Lake Point Tower into outdoor seating.

Lake Point Tower, with its unique status as the only high-rise east of Lake Shore Drive, has panoramic views of the lake as well as the skyline. Designed by George Schipporeit and John Heinrich, architects who were students of Ludwig Mies van der Rohe at the Illinois Institute of Technology, the building initially opened just as apartments in 1968 until the entire structure was completed in 1969. American Invsco, the Gouletas family’s development firm, converted the building into condo units in the late 80’s. As of today, there are about 758 homes sitting inside Lake Point Tower.

Want to take your slushie game to new heights? View our list on where to get boozy slushies in the city.

“It’s been in the works for a period of time,” Scardino said about the sale, dissuading any beliefs that the selling of Cité’s space is a result of the economic hit the restaurant industry has taken from the ongoing coronavirus pandemic. “This is really the last of the owner’s holdings in this market.”

Along with the 4,706 square feet of Cité on the 70th floor, another space of roughly 3,000 square feet is included for sale on the building’s second floor. The second floor includes a kitchen, office, and storage space, but could also be sold separately. Cité is currently opened at a limited capacity under the state’s reopening plan and will be in operation until the space is sold.