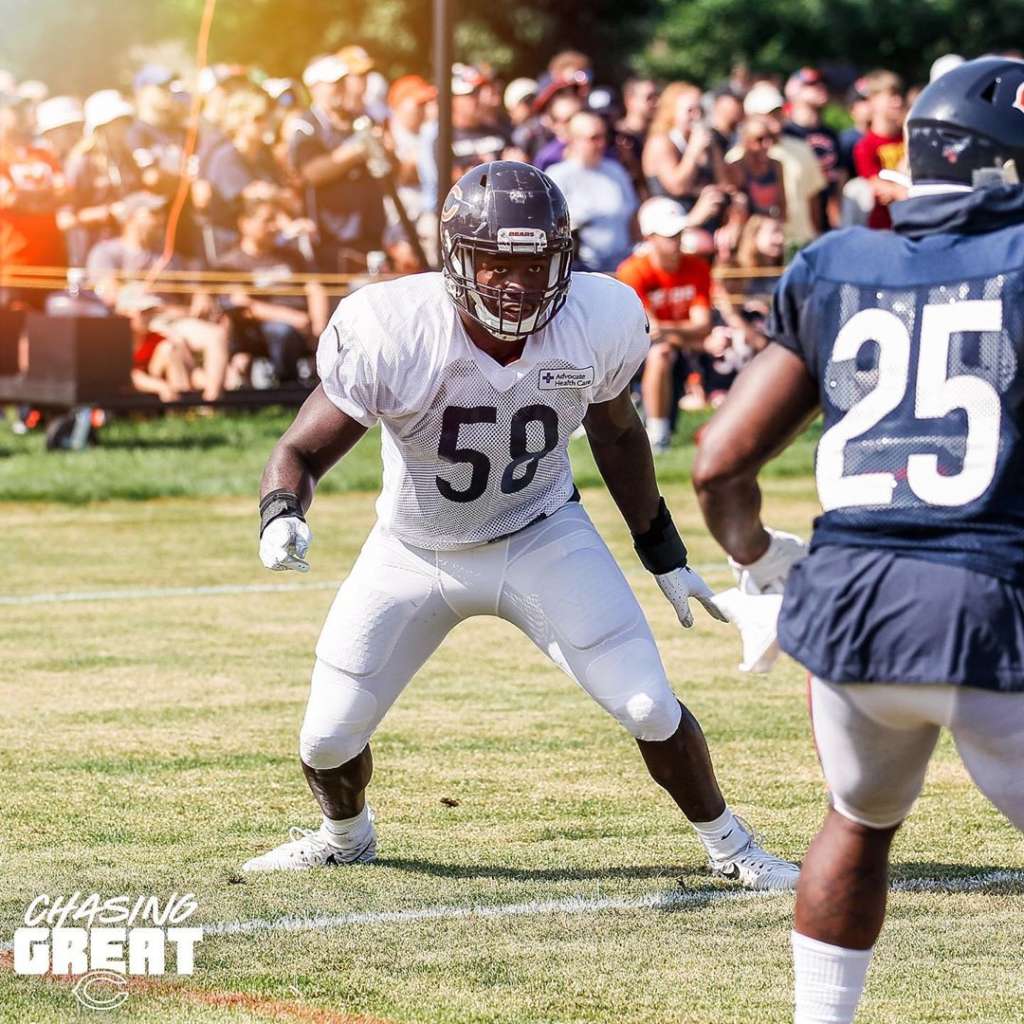 With the Chicago Bears and the rest of the NFL returning to football these past few weeks, the NFL Top 100 List for 2019 was revealed. Of the 100 guys who made the cut, four of them are on the Chicago Bears! Naturally, all of the Bears on the list come from our defense, with one key playmaker listed as #3 on the list! We’ll reveal who all made the list and more in this week’s Chicago sports update.

Comin’ through the #NFLTop100 like he does offensive lines… MACK ATTACK! 😱

The NFL Top 100 list came out this week, and we’re happy to say that four players on the list bleed blue and orange. The Bears players to make the list are Kyle Fuller (95), Akiem Hicks (39), Eddie Jackson (30), and of course, Khalil Mack (3). It’s no surprise to see Mack at top 3 on the list. The dude is a beast on the field and brings a whole new meaning to Monsters of the Midway.

As of last week, football is back and here to stay in the Windy City. The Chicago Bears are holding their training camp at Olivet Nazarene University, and things are looking promising for the team. It’s reported that our team’s defense is hungrier than ever and looks as good, if not better, than last year’s unit. While the defense is causing trouble for our quarterback, all of the reps Trubisky receives against them will only further his development. As far as the team’s kicking situation goes, kicker Eddy Piñeiro went 8-for-9 on kicks over the weekend. After missing his first attempt from 55 yards, Piñeiro hit from 33, 33, 38, 42, 45, and 50. He then capped it off with a 63 yarder through the uprights. Let’s hope he can keep that ball rolling through the season!

Kyle Hendricks has allowed 1 ER in 23 IP vs. St. Louis this season. #EverybodyIn

The Cubs had a recent stretch of tough ballgames over the past week that capped off with a loss against St. Louis last night. Before yesterday’s game, the Cubs and Cardinals were tied for 1st place in the NL Central with 57-50 records. Unfortunately, our team lost 8-0, pushing us down into 2nd in the division standings. It’s not like it’s the end of the world, we’re just one game back and there are still 54 games left to play in the season. The NL Central is the closest division in the league too. Heading into the weekend, the Cubs will host the Brewers for 3 games. Last weekend, Milwaukee hosted a series against us, and our team went 1-2, but they won the last game in the series 11-4. Expect to see the Cubs jumping between the top spots in the divisional standings for the rest of the season.

Man, oh man, the Chicago White Sox are not having a fun time during the second half of the MLB season. The team has played every day except this past Monday since they returned from the All-Star break. Unfortunately, in the 20-game span, we’ve gone 4-16. This past week saw the Sox get swept by the Mets. The team will hopefully turn it around soon, they’ll head to Philadelphia over the weekend. In lighter news for the team, both Tim Anderson and Eloy Jimenez are healthy again.

Both teams made some moves at the trade deadline that passed on Wednesday afternoon. The White Sox insignificantly traded Nate Jones and some cash for a few pitchers in the minors. The larger moves came from the Cubs who traded away Martin Maldonado and Carl Edwards Jr. The team was able to get Nicholas Castellanos and Tony Kemp out of the deals they made. Speaking on the moves at the trade deadline, GM Jed Hoyer said, “I really do believe we’ll play our best baseball over this next two months.” Only time will tell, but as it looks right now the moves look to be good ones, as they fill gaps in our hitting and pitching rotation.

Basketball & Hockey – A Quiet Week For Both

The Chicago-inspired 2017 Bulls City Edition jersey. How do we feel about this look, #BullsNation?

There’s been little team news surrounding both the Bulls and Blackhawks this past week. Aside from the usual speculations and predictions for how the coming seasons will go, nothing has really happened. Earlier in the week, it was reported that the Bulls offered Nikola Mirotic $45 million last season. However, as that story developed, it was said that the report wasn’t true.

Both teams will return to action as fall rolls around! 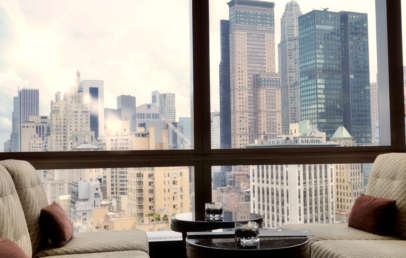 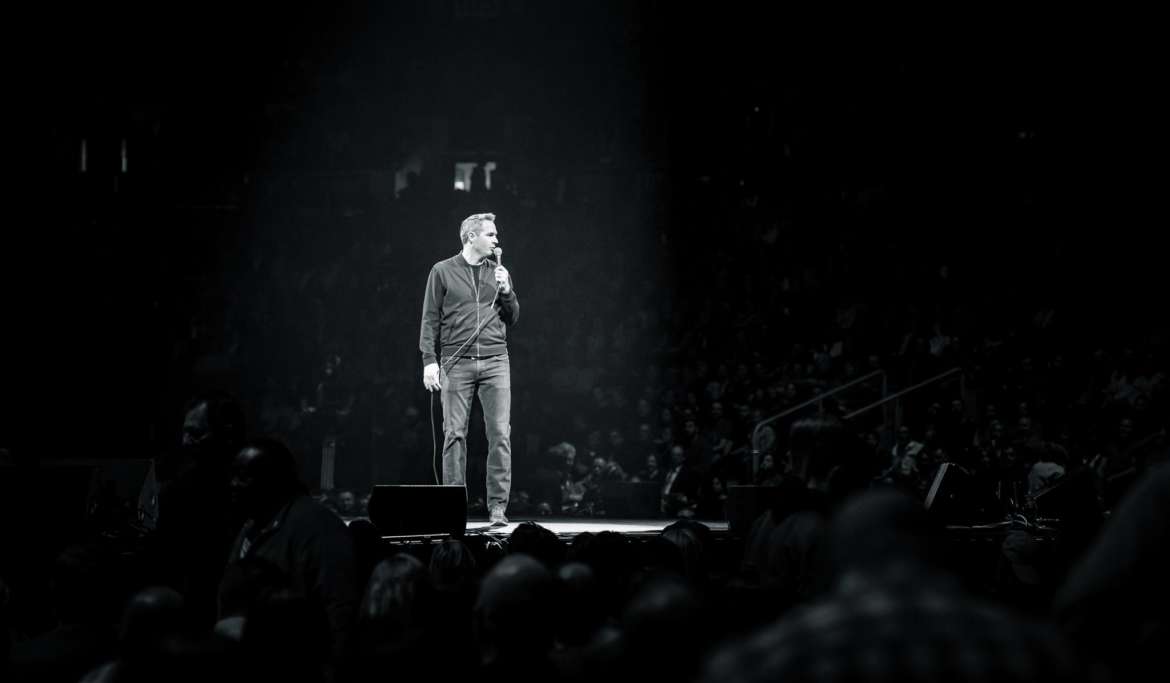 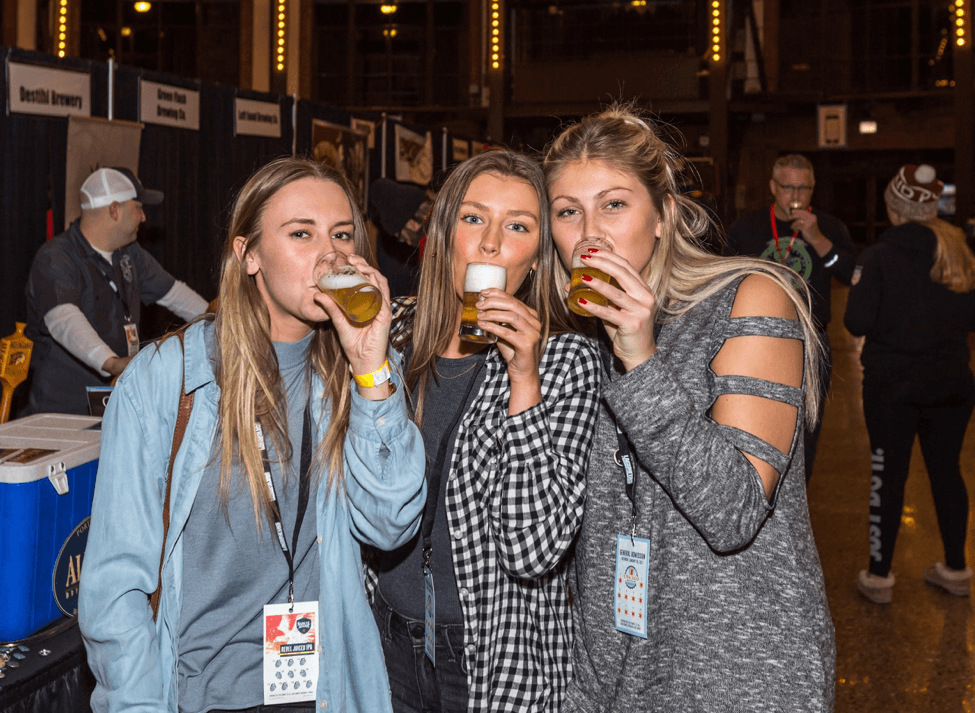