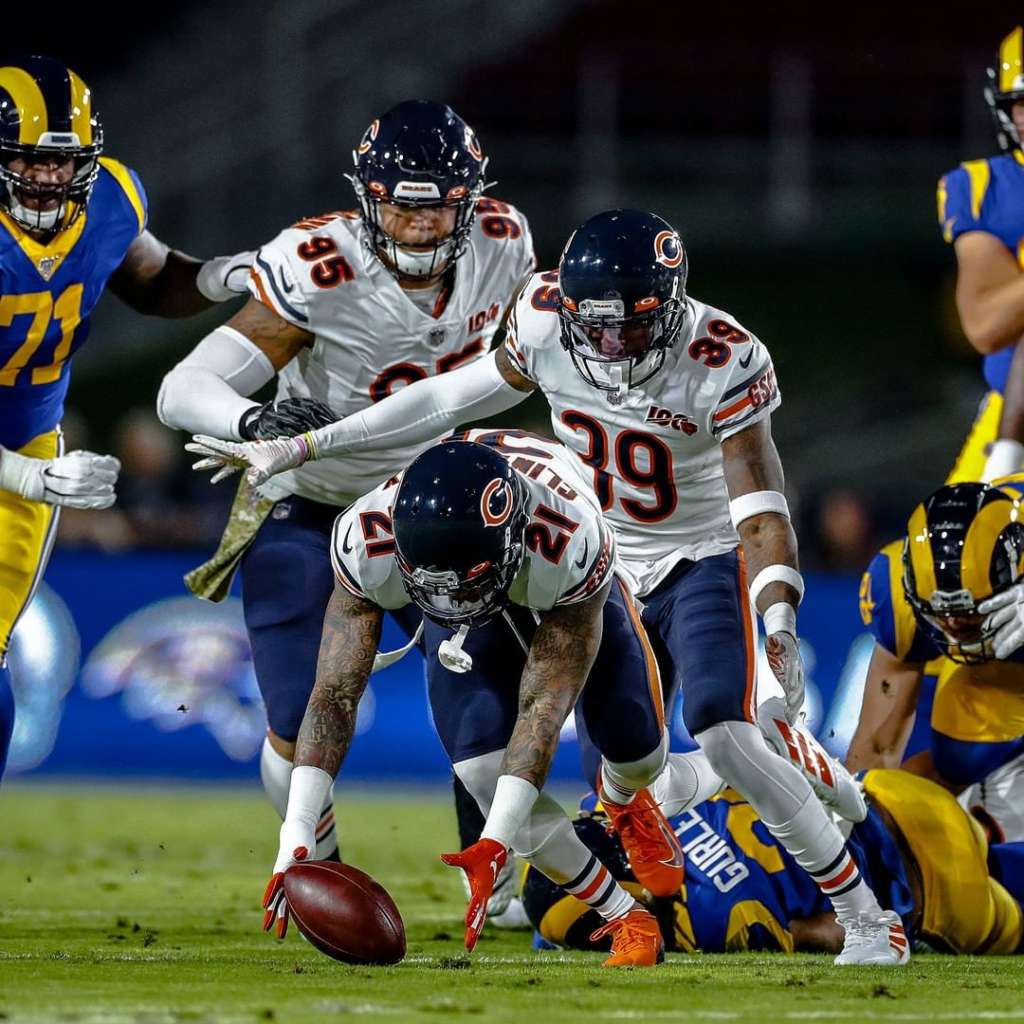 Hope you’re hungry for some football! The Thanksgiving holiday is almost here, and because of it, the Chicago Bears will play two games over the next 6 days. Sunday night’s games are at home against the Giants, and then the Bears Thanksgiving game scheduled against the Lions. Luckily, we’ve already beat them once in November. Catch up on all things Chicago sports in this week’s update!

Starting quarterback Mitchell Trubisky is dealing with a hip injury over the past week. Coaches pulled him early in last week’s loss against the Rams but expect him to be ready for Sunday’s game against the Giants. Despite his performance this season, coaches still believe Trubisky gives them the best chance to win. And with two games coming in the span of four days, they’ll definitely need him. Kickoff for Sunday’s game is scheduled at noon, while the Bears Thanksgiving game is set to kickoff at 11:30 am.

What do you think Soupy & Kaner are chattin’ about? #OneMoreShift

After a slow start to their season, the Chicago Blackhawks managed to string together a winning streak recently. While it eventually came to an end at four games, the team climbed to fifth in the Central Division standings. They’ll look to continue to move up in the standings with their next four games against divisional opponents.

The Blackhawks sit at 0-2 this past week. Both games finished with a score of 4-2, with their most recent loss coming against the Tampa Bay Lightning. Thursday night’s game saw Brent Seabrook and Dylan Strome find the back of the net for the Blackhawks. Goalie Corey Crawford even finished with 31 stops, but the team couldn’t walk away with the victory.

Next up on the Blackhawks schedule will be a weekend road trip to take on the Dallas Stars. Saturday’s game is scheduled for 7 pm.

Wins might be hard to come by for the Bulls squad this season, but that didn’t stop them Wednesday night. In a home game against the Derrick Rose and the Pistons, the Bulls came away with a 109-89 victory. Lauri Markkanen put up a team-high 24 points in the win, and Wendell Carter Jr added a 12-15 double-double in the effort. Wednesday night was the second time D-Rose returned to the city this season. Derrick finished the game with 18 points and received another standing ovation from the home crowd. While he may not rock a Bulls uniform, the hometown native will always be welcomed whenever he plays in the United Center.

Next up on the Bulls schedule is the Miami Heat at home, followed by a road game against the Hornets on Saturday.