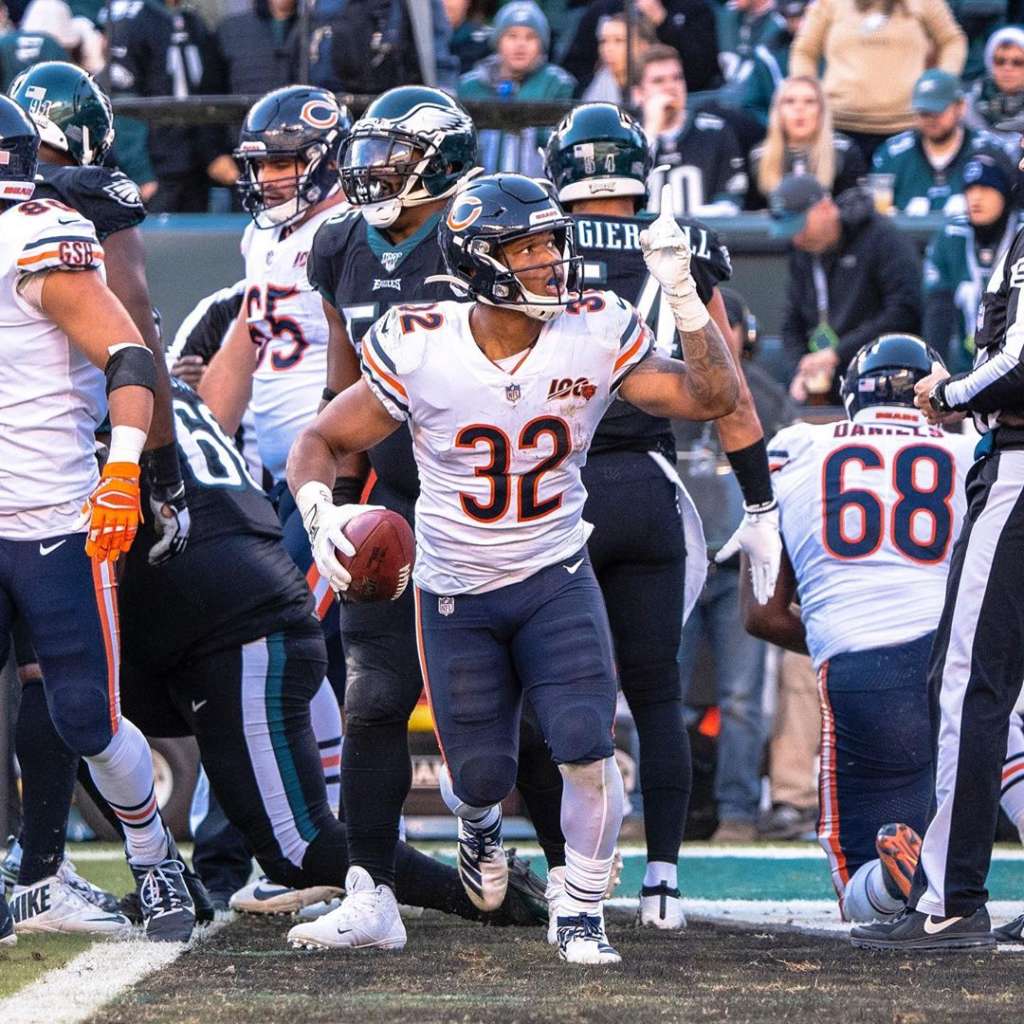 It didn’t take long for the cold weather to make its way to the Windy City. Luckily for us Chicagoans, we have three teams to root for when winter inevitably forces us inside. This week saw its fair share of ups and downs for the Bulls and Blackhawks. As for the Bears, they have an important NFC North matchup this Sunday against the Lions. We’ll get into all that and more in this week’s update!

Learning from the best.

With half the season in the books, it’s safe to say the Chicago Bears have underperformed. After eight weeks, their 3-5 record puts them at the bottom of the NFC North. Their most recent loss came to the Eagles last week where the offense totaled 9 yards in the first half. Rookie David Montgomery had two touchdown runs in the comeback attempt, but the team ultimately fell 14-22. The loss dropped the Bears playoffs percentage down to 4 percent, which means they’ll need a near-perfect record in the second half of the season make it.

The second half of the Bears season begins this Sunday with an important NFC North tilt against the Lions. The Lions are currently 3rd in the NFC North standings with a 3-4-1 record. We managed to sweep them last season and will need to do it again this year. It’s easier said than done, but the Lions have lost 4 of their past 5 games. Hopefully, Trubisky & Co. can start to build some momentum and get back in the win column. Sunday’s game is scheduled to kick off at noon on CBS.

The Bulls might be off to a slow start this season, but things are looking a little better after going 1-1 this week. Our loss this week came against the Lakers, but keep in mind they’re practically the favorite to win it all this year. In the Lakers game, the Bulls were leading until the fourth quarter when Kyle Kuzma started to heat up. The Bulls managed to keep it close but lost 112-118 with LeBron posting a triple-double. Wednesday night’s game was a different story for the Bulls who came away with the win against the Atlanta Hawks. Highlights from the win include a career-high 27 points from Tomas Satoransky and a 360-dunk from Lavine. The Bulls will look to build on Wednesday night’s victory this weekend when they host the Houston Rockets.

Tag yourself, we’re @dylstrome19 on this post-win Monday 😅

Things weren’t looking great a week ago for this Chicago Blackhawks squad. They had lost 7 of their past 8, not the best way to start a season. Luckily, the team found a way to come away with two wins this past week. The first came Sunday against the Anaheim Ducks that ended in OT. Their second win of the week came a bit easier against the Canucks. The Blackhawks were able to find some offensive success last night in the 5-2 victory. Patrick Kane walked away with the team’s second power-play goal and two assists in the game.

The Blackhawks have two games scheduled for this weekend. Saturday’s game will be a road one against the Pittsburgh Penguins while Sunday will be at home against the Toronto Maple Leafs. Both games are set to start at 6:00 PM.