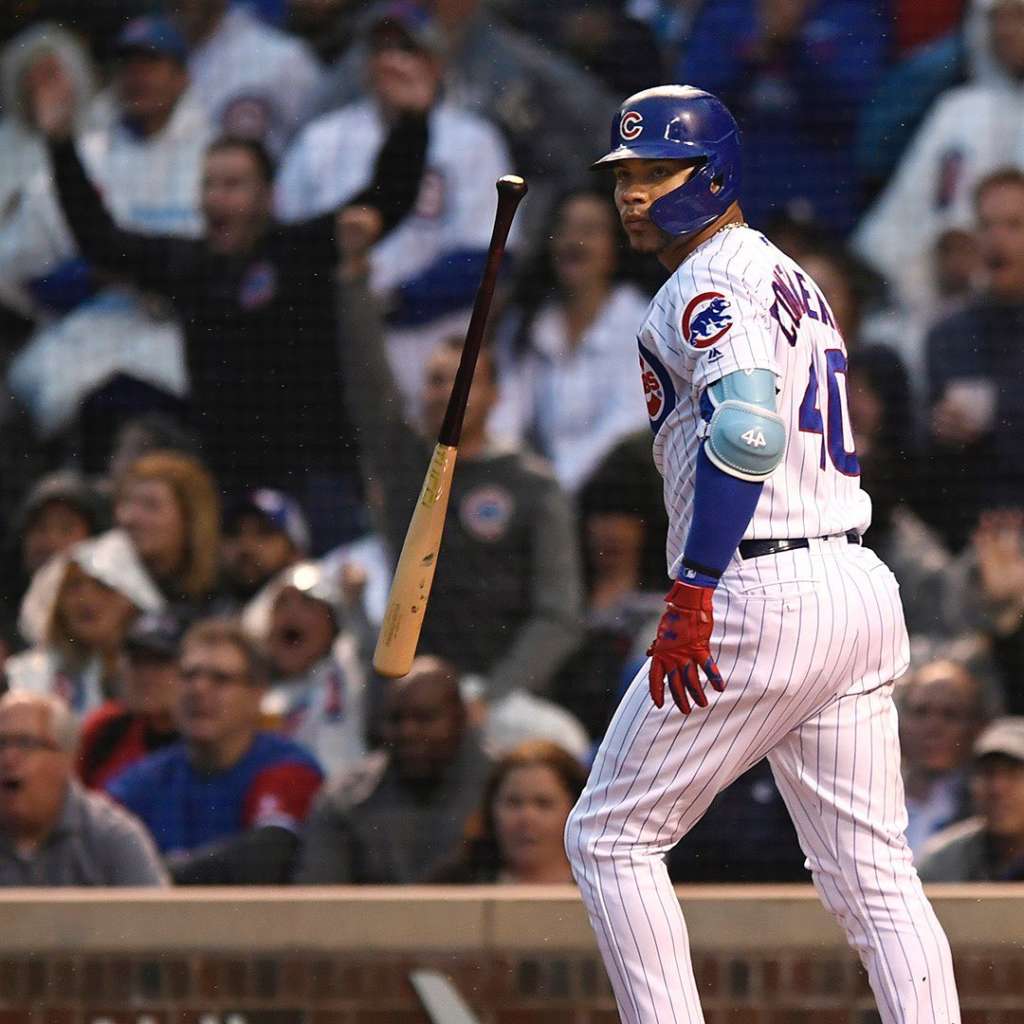 Last week, Chicago sports fans were blessed with both the NBA and NHL drafts, as well as the Crosstown Classic! While this week is going a bit slower, there’s still enough news to go around. On the plus side, July is just around the corner, so the Bulls and the Bears off-season will start to heat up. Hopefully, the weather will do the same. The picks are in for the MLB All-Star Game. For more on that and all things Chicago sports, here is your weekly update.

Baseball: Baez & Contreras Are Headed To The MLB All-Star Game!

Last night was the MLB All-Star Selection show, and there are a pair of Chicago ballplayers who made the cut. Congrats to Javy Baez and Wilson Contreras! We can’t wait to watch you represent Chitown! This year’s MLB All-Star game will be played in Cleveland on Tuesday, July 9th.

For you north-side fans: the Cubs currently hold a 44-37 record as they look to close out June. This record gives them a one-game lead over the Brewers in the race for the top of the NL Central. The team is a game over .500 this week with a win last night against the Braves to close out the series. The team will head into the weekend with a road trip to Cincinnati before traveling to Pittsburgh next week. Also, we heard Kris Bryant isn’t a fan of storms, hopefully, he can avoid them on this road trip.

For you Southside fans: the White Sox finally broke their four-game skid with a win against the Red Sox Wednesday night. The team continues to hold third place in the AL Central with a 37-41 record. The Sox are a little banged up this week. Tim Anderson is headed to the 10-day injured list after he suffered from a high ankle sprain Tuesday night. To add to the pain, Moncada is dealing with a knee injury after Wednesday night’s game. The White Sox will begin a nine-game homestand this weekend against the Twins and will follow it up with series against the Tigers and Cubs next week.

Raise your hand if you can't wait for this. 🙋‍♂️🙋‍♀️

It wasn’t enough that Mr. Fox was a terrible coach for the Bears, but now he spends his days picking at the team as an ESPN analyst. Recently, John Fox commented on the Bears saying they had the worst offseason and made remarks towards our kicking situation, “I think the kicking question is really big right now in Chicago. And I think that might be a problem for them in the season.”

Really John? Is that what you think? Shut up.

The NFC North has its fair share of poor kicking performances, and maybe some of that has to do with the weather. Since leaving for the Bay Area, Gould is 82 for 85 on field goals, which is the best accuracy rate in the league. The Bears, in that same time, have gone 60 for 79, the worst rate in the league. Maybe John Fox shouldn’t analyze anything, ever. That’s it. That’s the tweet.

One of the best ways to see the city 🛥🙌

It’s been a week since the Bulls took Coby White in the first round. The next thing up on the Bulls schedule is the upcoming NBA free agency and summer league. As far as free agency rumors go, it has been reported that the Bulls are interested in names like Julius Randle, Malcolm Brogdon, and Patrick Beverley. Julius Randle is an interesting one, he’s a good player, but his fit on the current Bulls roster is questionable. And while we just drafted our point guard for the future, it wouldn’t hurt to have Brogdon while White develops. Plus, the team is trying to ship off Kris Dunn as it is.

As far as acquiring Beverley goes, that interest has been rumored for a while. Patrick Beverley is a Chicago native and would help improve the team defensively and from behind the arc. The only question is whether he’s worth the cost at 31 years old.

The NBA summer league will tip-off soon. The Bulls’ first game is against the Lakers on July 5th. If you happen to be in Vegas during the tournament, you can purchase a daily pass for just $35 to see some games.

Today is Kirby Dach’s first day ever in Chicago! This is everything he’s done so far… before noon.

The NHL Draft came and went quietly last week. The Chicago Blackhawks had the third pick this year and selected Kirby Bach. While this pick might’ve come with a bit of surprise, given the other names available, it’s still a good pick. Kirby Bach is an 18-year-old center who spent the past two years playing for the Saskatoon Blades. The Blackhawks introduced Bach on Monday, and the young man made it clear he has one goal: winning. Whether in a game or practice, it has been said that Bach absolutely hates to lose. We love that mentality, and so does Bowman. What more could you want out of the future of your team?