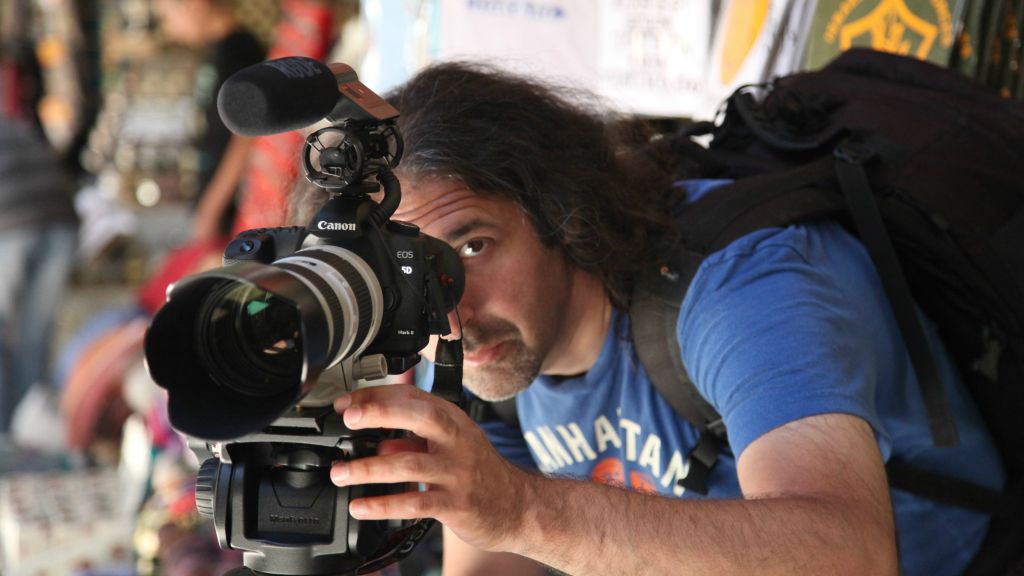 Now in its 13th year, the Chicago Festival of Israeli Cinema brings the latest feature films, documentaries, shorts, and TV series, mostly made in Israel by Israelis in the past 12 months, to the venues around the city from October 18 – 28. This year, the Festival celebrates 70 years of Israeli filmmaking and will take place at ArcLight Cinemas in The Glen and the Spertus Institute. Some of the films deal with The Conflict, but most do not. All provide a window into Israel’s fascinating and diverse everyday culture: its art and artists, its mindset and mood. If you’ve never been to Israel, or do not visit often, the Festival brings contemporary Israel to you—along with community, education, entertainment, and fun.

Anyone who has ever visited the Israel Museum in Jerusalem, or any museum for that matter, will love the Festival’s Opening Night event on Thursday, October 18: the Midwest Premiere of Ran Tal’s The Museum. Current and former directors of the Israel Museum Ido Bruno and James Snyder, plus Ran Tal in person, will be featured. The film sheds beautiful light not only on the incredible paintings, sculptures, artifacts, and other displays of the most important museum in Israel and one of the most esteemed museums in the world but also on the colorful palette of people who work and visit there. The evening will include a pre-screening reception and a post-screening Q&A with the special guests. The evening honors Festival-presenting sponsors Bee Crain and Dr. Michael Maling of the Crain-Maling Foundation.

Training a spotlight on Israeli television, the Festival presents Big Ideas for the Small Screen: The Golden Age of Israeli Television on October 22 at Spertus in the city, hosted by Spertus, Anshe Emet Synagogue, and the Crown Family Center for Jewish and Israel Studies at Northwestern University.

The Festival is also continuing the tradition they started in 2015 when they introduced Chicago to Fauda. That year, the Festival screened the first 6 episodes of Season 1 and brought in one of the series’ co-creators Avi Issacharoff to speak. Last winter, the Festival also sneak previewed the first three episodes of Season 2 before it was shown on Netflix. Fauda is now officially a Netflix Original Series and continues to garner international attention and awards as it ramps up for Season 3.

This year, the Festival hopes to generate similar buzz with another exciting Israeli hit—and internationally award-winning series—Your Honor (Kvodo), this time screening the entire 12 episodes of its first and only season, six 35-minute episodes each, over two consecutive Saturday nights, October 20 and 27. It’s about a stand-up judge, about to win an important election, when his son is involved in a hit-and-run accident, and the cover-up snowballs. Co-creator and sole writer of the series, Shlomo Mashiach, will be at both screenings.

To commemorate the 25th anniversary of the signing of the Oslo Accords, the Festival will present Mor Loushy and Daniel Sivan’s The Oslo Diaries on Sunday, October 21 at the ArcLight in The Glen. The Festival is also presenting the World Premiere of Racheli Schwartz’s documentary The Syrian Patient. Many people may have heard that, for years, Syrian civilians injured in their country’s civil war have been smuggled into Israel for life-saving medical treatment, but now they can see this humanitarian effort for themselves.

The Festival will continue to honor Films By & About Women on Wednesday, October 24 at the ArcLight in The Glen. Even more significant this year, over half of the films in the Festival are made by women. One film, Touching the Sky by Tamar Tal-Anati, follows six recent recruits—all women—of the Israeli Air Force’s prestigious flight school as they pursue their dream of becoming a pilot. It originally appeared as a series on Israeli TV.

For tickets, trailers and more, go to israelifilmchi.org.