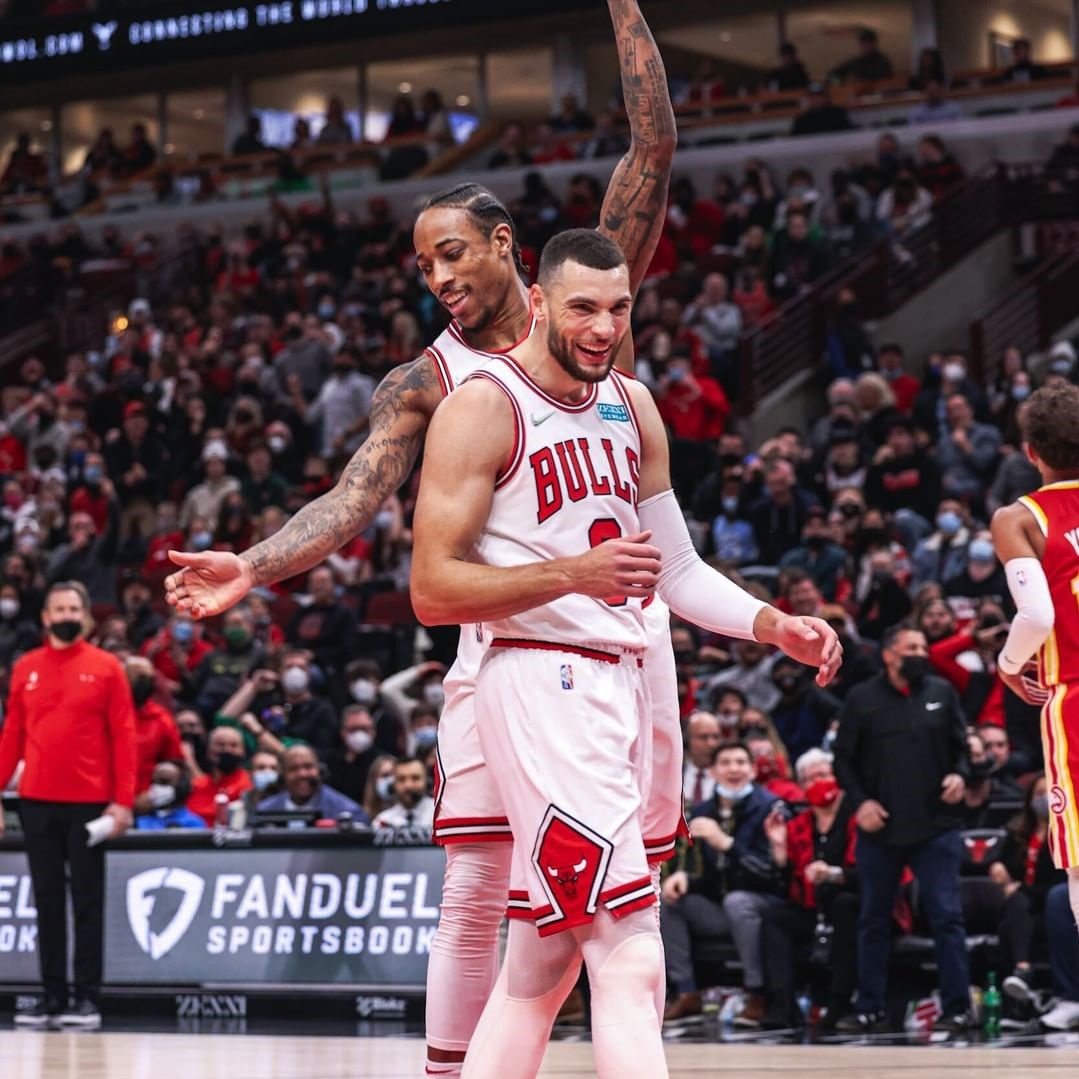 Yes, we’ve seen our fair share of baseball this summer, and football is right around the corner. But, with the NBA season inching closer and closer every day, we can’t help but shift our focus to some Chicago Bulls news.

The updates from the Bulls are less frequent and impactful than some Bears news we’ve seen recently. However, we’ve still been blessed with some bits and pieces of Bulls news this summer to fill the basketball-void. So, #SeeRed fans, let’s jump right into everything Bulls.

“I'm committed to the Bucks. Down the line, you never know. Maybe I play for Chicago.”

Okay, this first bit of Bulls news has us pinching ourselves out of some daydreams, but we’ll play along with the headlines.

About a week ago in an interview with Fox 32 Chicago Sports, Giannis Antetokounmpo gave reporters a surprising answer when asked if he would ever consider playing for the Bulls down the road.

““I think anybody you asked that question that plays basketball if he said “no,” he would be a liar. It’s a team that won multiple championships. It’s a team with one of the greatest players if not the greatest player to ever play this game. So it’s a no-brainer. Everybody would love to play for Chicago. Down the line, you never know, maybe I’ll play for Chicago. But right now I’m committed to Milwaukee.”

One not-so-minor detail surrounding the Bulls this offseason involves their starting point guard Lonzo Ball and his rehab from surgery to repair a torn meniscus. Ball’s operation occurred back in late January, and initial expectations had him returning towards the end of the 2021-22 season. Unfortunately, that never happened, and after the team acquired veteran Goran Dragic at the beginning of July, some questions surfaced on the progress of Ball’s rehab.

Early in the summer, we saw some pieces of Chicago Bulls news claiming that Ball was progressing, but not, “at the speed that we would like,” according to V.P. Arturas Karnisovas.

Fortunately, the latest talk surrounding Ball and his knee seem to indicate a more positive trend. As of late, Billy Donovan claims Ball is moving in a, “very very positive direction”. On that note, it’s likely we’ll see him return to action sooner than we would have thought based on Karnisovas comments, but we’re still treating his status as TBD. It’s more likely than not that the Bulls slow down his recovery timeline as an extra precaution.

In addition to acquiring Dragic, the Chicago Bulls signed 28-year-old big man Andre Drummond to a two-year deal this summer as well. The second year of his deal is a player option, and if he performs as well as he did after joining the Nets last year, we sure hope he takes it.

After being dealt to Brooklyn in the James Harden trade, Drummond averaged 11.8 points and 10.3 rebounds for the Nets in the 24 regular season games he was with them. His consistency on the court should bode well for the Bulls upcoming season.

Our last piece of Chicago Bulls news should get everyone hyped for the season: the schedule drop!

Last week, the league sent NBA Twitter into a frenzy when teams started releasing their schedules for the upcoming year. The Bulls schedule includes 14 nationally televised games in total. The team kicks off their season with a five-game Eastern Conference stretch that starts in Miami. Our first home game will take place on Saturday, October 22 against the Cleveland Cavaliers, which is our third game on the schedule.

After that, just one week later, we’ll face the 76ers at home for our first nationally televised game on NBA TV. You won’t want to miss that one, Bulls nation. It could turn into a big Andre Drummond revenge game! #SeeRed