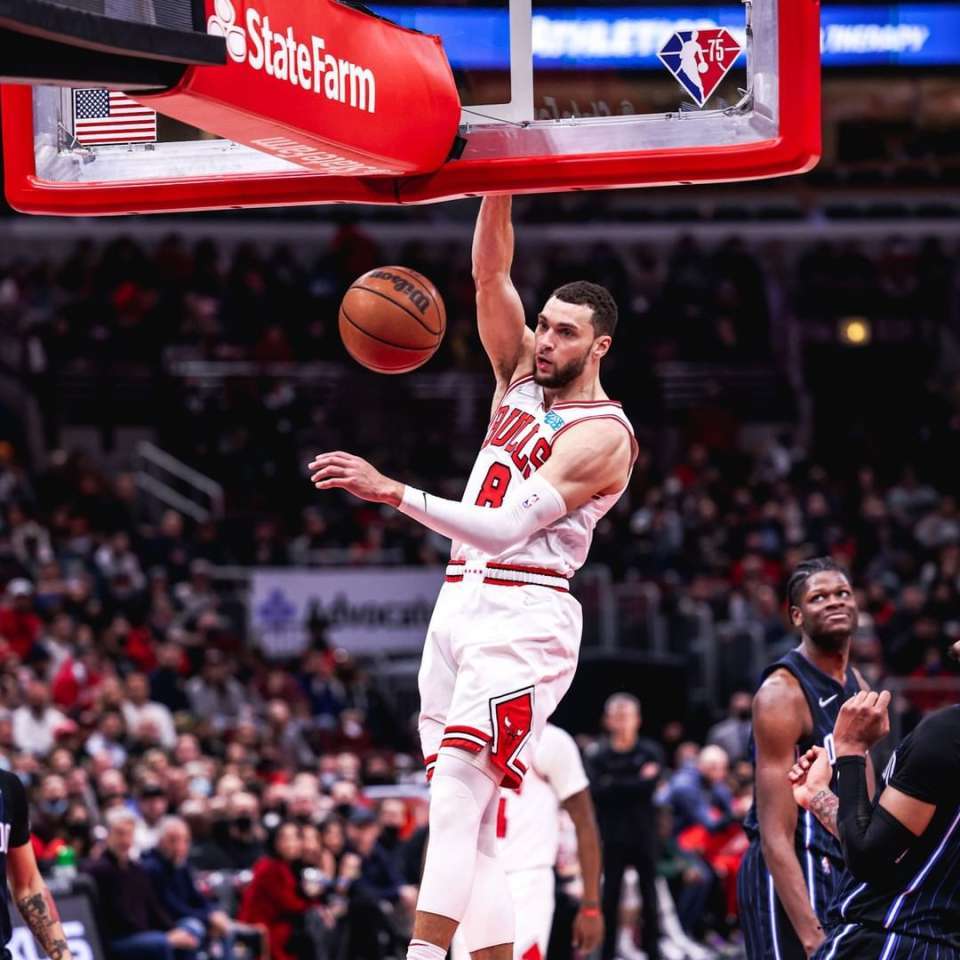 If you’re a fan of basketball, chances are you’ve realized that the NBA offseason is no joke. At times, it honestly feels like it has more action than the regular season. From the draft, to free agency, Summer League, training camps, and more, not a day goes by without some NBA news.

And when you’re a fan of a team like the Bulls, well, the rumors, stories, and speculation of the offseason don’t let up. It’s pretty common to see reports of a big name free-agent player joining the Bulls each year. This year it was Kevin Durant, a couple years back it was Anthony Davis. While there’s rarely any truth to these rumors, it’s always fun to dream about having those guys suit up in the black and red.

But today, we’re not covering rumors or dreams of All Stars. Instead, we’re taking a look at how the Bulls free agency has gone so far, and what could happen next!

Up first for our Bulls free agency recap is the resigning of two familiar faces. The announcement of the agreements came about a week ago for Zach LaVine and Derrick Jones Jr. For DJJ, the Bulls agreed on a two-year, $6.6 million contract with the second year reported to be a player option. Resigning DJJ is definitely a positive move. In his first year with us last season, DJJ contributed with some strong defensive minutes off the bench, and he even shot a career high 32.8% from three.

As for LaVine, he’s agreed to a maximum extension worth $215.2 million over five years. The deal pretty much ties him to Chicago for the majority of his prime season. And we can’t complain at all, as long as we continue to build around him successfully, which appears to be the plan after some of the other moves in the Bulls free agency.

The second Bulls free agency addition comes with the signing of Goran Dragic, another NBA vet. The point guard, aged 36, signed a one year deal worth $2.9 million to join the team. Dragic only played 16 games last season as a member of the Brooklyn Nets, but he really found his stride in the playoffs where he averaged 10.5 points, 4.5 rebounds, and 1.5 assists in under 20 minutes per game. Showing up in the playoffs is where Dragic has built his reputation over the years. Should the Bulls find themselves back in the postseason next year (which they should!) we can see him soaking up some quality minutes behind a healthy Lonzo, Caruso, and LaVine.

Can Anything Else Happen?

Honestly, in today’s NBA, who the hell knows.

Despite all the trade rumors surrounding Rudy Goebert to the Bulls, Zach Collins to the Bulls, or Kevin Durant to the Bulls, nothing has transpired quite yet. The Chicago Bulls have already reached their maximum roster size after signing Dragic. So, getting someone big via trade would have one – be worth giving up some of their future, and two make sense money-wise. We’ve seen this front office work some magic in recent years, but when it comes to the rest of the Bulls free agency, we can’t see them doing much more with the rumors that are out there. Could they surprise us? Absolutely. But it’s more of a wait-and-see scenario.