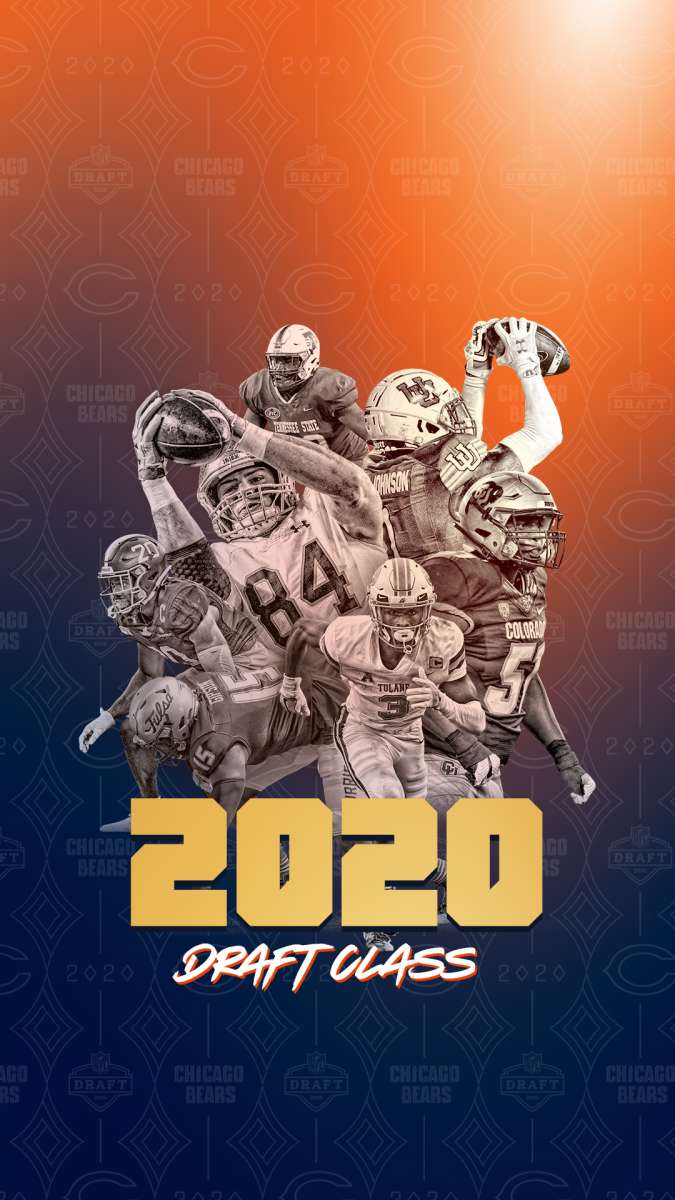 Last month, the NFL held this year’s draft for the upcoming season in a virtual format due to the Coronavirus pandemic. League coaches and GMs showed off their homes via video conference calls, and NFL commissioner Roger Goodell announced the picks from his home. The draft took place over the course of three days, and despite the lack of Chicago Bears draft picks in the first round, it was still plenty of fun to watch.

Ohio State Buckeye’s Chase Young and Jeff Okudah fell second and third to the Redskins and Lions. And the Miami Dolphins ended up with Tua Tagovailoa from Alabama with the fifth pick in the draft. By day two of the draft, the Bears were on the clock with the 43rd pick.

Over the course of the three days, Pace, Nagy, and Co. acquired 7 new players. Even though we missed out on seeing the Bears pick in the first round for the second year in a row, things still went well.

The Bears’ first draft choice, Notre Dame tight end Cole Kmet, can be seen as good or bad depending on who you ask. For one, Kmet is poised to have an immediate impact as the top-ranked at his position in the draft. On the flip side, the Bears currently have a league-high nine tight ends on their roster.

With two picks in the second round, the Bears selected cornerback Jaylon Johnson 50th overall with their second draft pick. With Johnson set up to start on defense right away, he becomes one of the more valuable picks the team made. The remainder of the Bears draft picks came on day three in the fifth and seventh rounds as the team added depth to the pass rush, receiver corps, O-line, and CB room. Only time will tell, but we definitely hope these picks pan out for the Bears next season!