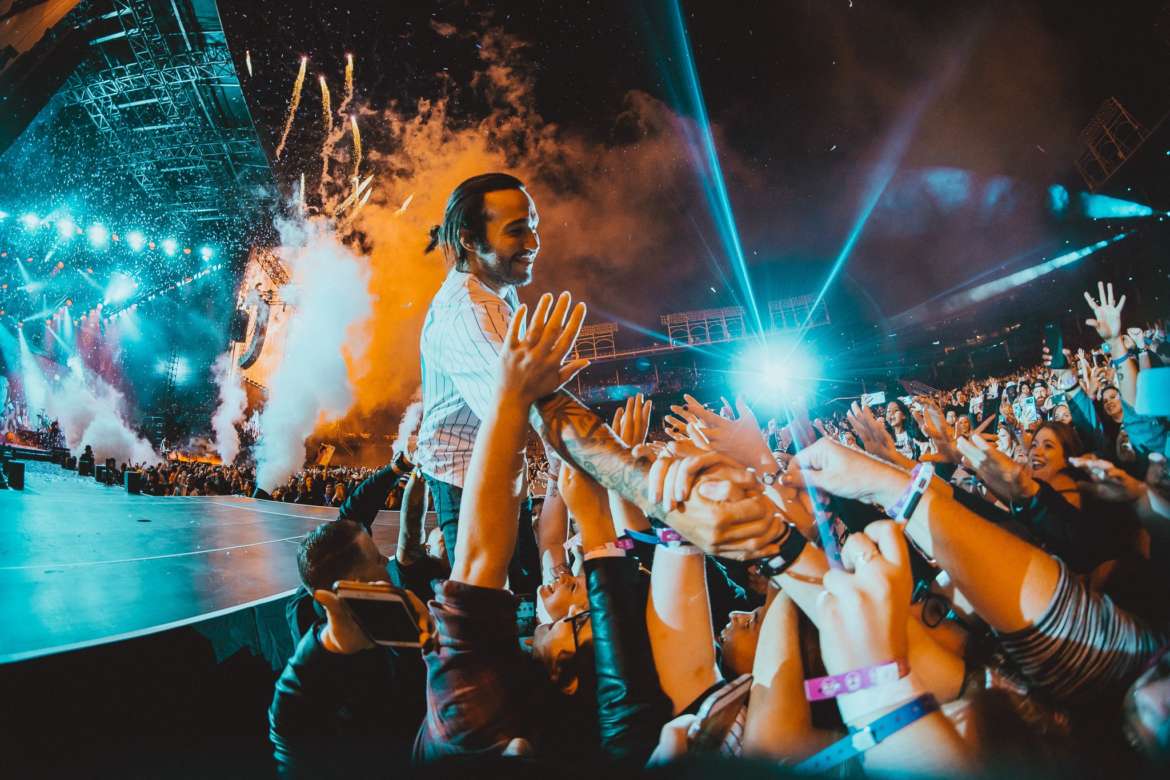 What These Major Chicago Artists Are Up To This October

Few cities have a music scene comparable to that of Chicago. Not only is the city full of major venues, ensuring that there are great live music offerings every night of the week, but there are also countless musical legends that have ties to Chicago. Below is a look at what 10 major Chicago-based artists are up to this month.

With over 50 years of musical history to its credit, Chicago — originally known as the Chicago Transit Authority — has sold over 40 million albums in the United States alone. Within October 2018, the horn-centric rock group only has one announced gig, taking place at the Big Fresno Fair. However, the group continues to play live at least once a month and recently released two new archival albums via Rhino Records, Live At The Isle Of Wight and Greatest Hits Live.

Multi-platinum-selling, Grammy-nominated rock band Fall Out Boy released a three-song EP called Lake Effect Kid back in August. The quartet recently played a homecoming show at Wrigley Field and is still on the road in support of its number one-charting album MANIA. $1 from each ticket sold on the tour benefits the Fall Out Boy Fund, which benefits charities throughout Chicago.

The band known as Disturbed has sold 16 million albums with two billion streams and five consecutive number one-charting albums. “Are You Ready” is the group’s latest single and the 12th number-one single for Disturbed. Tour dates in support of the much-anticipated new album Evolution are expected to be announced soon.

As announced at last week’s Second Annual SocialWorks Summit, hip-hop star Chance The Rapper donated $1 million to mental health services in Chicago. That philanthropy is in addition to the $100,000 he has pledged to 20 more schools within the Chicago public school system.

Jeff Tweedy has stayed busy over the years not only as the singer of Wilco but also as a prolific solo artist. This fall, he is set to release a memoir, Let’s Go (So We Can Get Back): A Memoir Of Recording & Discording With Wilco, Etc. Tweedy will be going on a book tour as part of this new release, while also touring in support of a new solo album WARM, which is expected to be a November 30th release.

One of the best-selling rock bands of the last three decades, the Smashing Pumpkins celebrated its 30th anniversary with a reunion tour of sorts — guitarist James Iha had not performed alongside Billy Corgan in close to 20 years — in addition to its first new recording with Iha and drummer Jimmy Chamberlin since 2000. The tour of arena-level venues kicked off in July and is currently slated to wrap later this month in Europe.

Often called “The Leonard Cohen Of Texas,” Kinky Friedman released a new studio album back in July. The First single off that new full-length The Circle Of Life, “Autographs in the Rain (Song To Willie),” was in heavy rotation on the SiriusXM Outlaw Country station. Upcoming concerts of Friedman include stops in Houston, Galveston, Fort Worth, Brenham, and Presidio, Texas.

Blues legend Buddy Guy has not slowed down one bit in recent years. Later this week Guy will be playing Georgia, Florida, Mississippi, and Louisiana on consecutive days. His latest album, The Blues Is Alive & Well, featured appearances by Mick Jagger, Keith Richards, and Jeff Beck.

Tom Morello first achieved fame as a co-founder of Rage Against the Machine, which would morph into Audioslave. Morello has toured with Bruce Springsteen, co-founded Prophets of Rage and collaborated with numerous artists in the years since, but he recently released a solo album. In support of The Atlas Underground — which features performances from Outkast’s Big Boi, Portugal. The Man, Steve Aoki, and Gary Clark Jr. — Morello is currently on the road, including upcoming shows in Los Angeles, Denver, San Francisco, and Seattle.

For almost two decades, Styx has performed at least 100 shows a year. 2018 has been yet another busy year for Styx, still on the road in support of 2017’s The Mission, its first new studio album in 14 years. Recently Tommy Shaw, James “JY” Young and played a benefit show in support of Rock To The Rescue — a charitable organization founded by members of Styx and REO Speedwagon in 2001 — to raise funds for the victims of last summer’s Carr Fire in California.