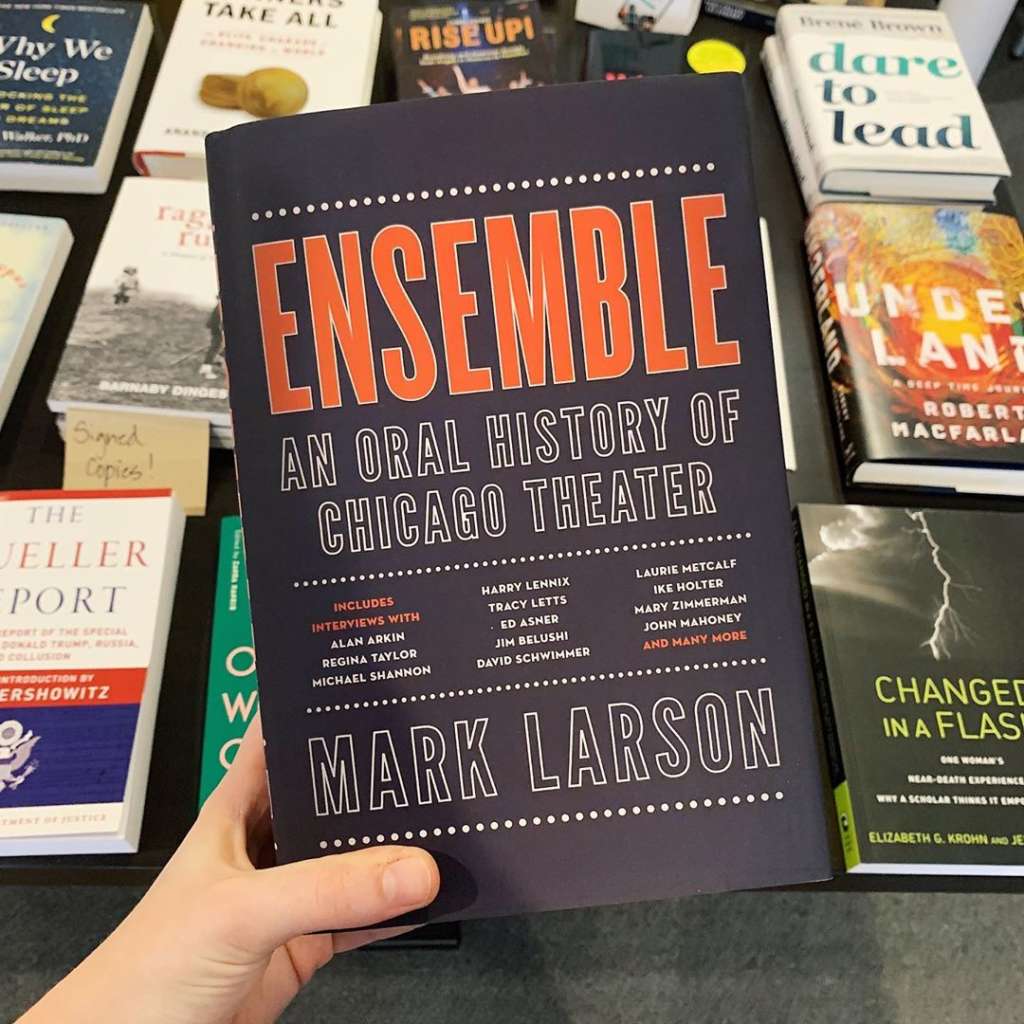 One of the best parts about the Windy City is our theatre scene. Shows frequently visit our version of the Great White Way for a pre-Broadway run to make sure that what they have to offer is working. After shows explode in New York City, we’re generally the first city a tour or residency makes a stop. But beyond that, we’re also a city teeming with original works and revivals showcased at the Chicago Shakespeare Theatre, The Steppenwolf Theatre, Goodman Theatre, Broadway Playhouse, Second City, Improv Olympic, and more theaters throughout the city.

We are, in essence, a theatre city.

Which is the subject of author Mark Larson’s latest release Ensemble: An Oral History of Chicago Theatre. The book is an in-depth look at the history of the Chicago theatre over the last 65 years. It takes a look at the beginnings of Second City in the ’50s and ’60s and how the iconic comedy series Saturday Night Live began vetting its cast from its hallowed halls. It follows into the ’70s as Steppenwolf became a heavy hitter in the world of original plays and continues into the grassroots companies that peppered the city in the ’80s. It encapsulates the importance of the Chicago theatre scene in terms of the global impact it has had on not just the Broadway and theatre world, but its legacy as one of the best improv cities in the world.

To celebrate the release of the novel, author Mark Larson will be sitting down in conversation in Evanston’s newest small business, Page 1 Books, on Thursday, September 19th from 7-8:30 pm. He will be discussing the more than 300 interviews he pulled from as well as the research that went into bringing Ensemble to life. The conversation will be followed by a signing. Page 1 Books will have copies on hand for purchase as well as refreshments available for all those who attend!

Page 1 Books is located at 1808 Central St. in Evanston just north of the city. Get your parking set ahead of time.