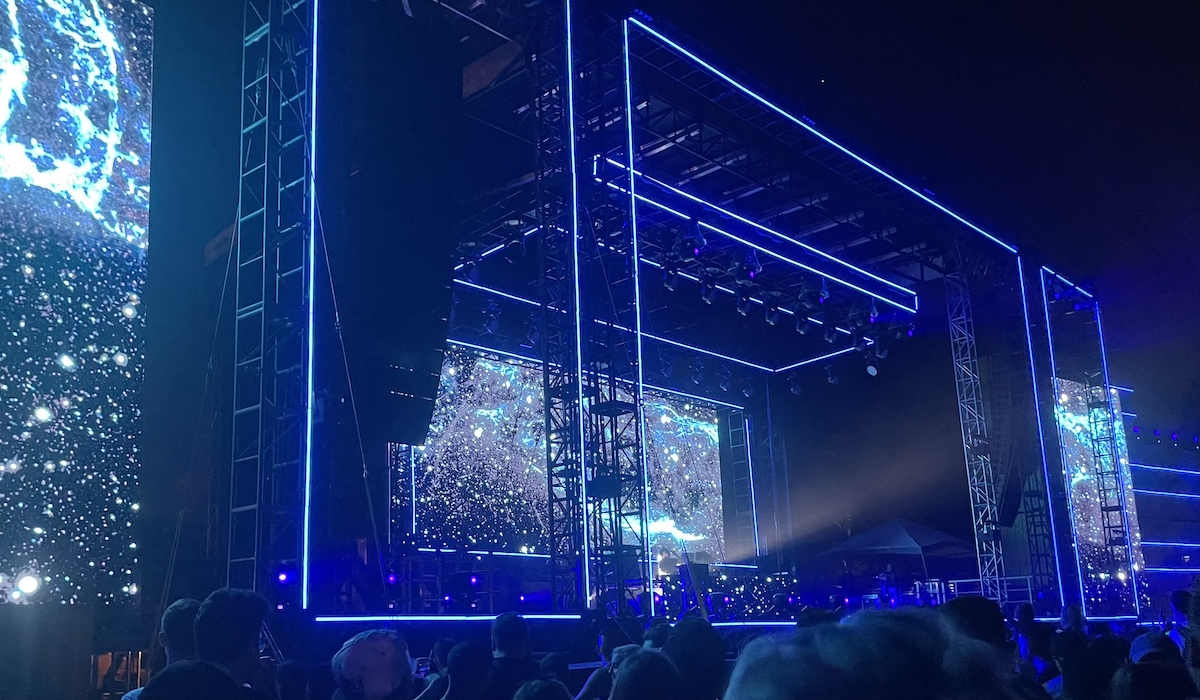 ARC Music Festival Review: It Was The Bee’s Knees

Seems like all of you were out in Chicago this weekend. Me too!

Northcoast Music Festival went down at Seatgeek Stadium in Bridgeview. Many chowed down at Roscoe Burger Fest (har har). But we decided to attend Chicago’s very first ARC Music Festival that took place at Union Park. Keep scrolling to see why we made the right choice (and insert smiling devil emoji here).

It also featured some major headliner acts. Friday night was lit up by the enigmatic electronic producer and singer ZHU. Sunday night was closed out by Swedish progressive house LEGEND—Eric Prydz. Monday was spent drinking water and reconsidering my life decisions.

The event’s location is where Northcoast previously was held for many years. If you live in the city, anywhere in the city, Union Park is pretty convenient. What made this even more unique than Northcoast was just that. ARC Music Festival was unique.

Part of that is owed to the festival’s second-biggest stage: Elrow.

Elrow is a music label brand that curates a “unique and unrepeatable experience.”

Every inch of the Elrow tent was covered with a funky aesthetic. It felt like I traveled time back to 1960’s San Francisco but only with electronic music instead of Grateful Dead, Janis Joplin, and Jefferson Airplane. Other times I felt like I was losing my mind. Fairy tale creatures walked through the crowd on stilts. Confetti drowned the crowd every 30 minutes (I am still finding pieces scattered across my apartment days later).

We finished watching the gifted Patrick Topping’s set at Elrow and caught a bit of Cirez D at the Expansions Stage. Cirez D is one of Eric Prydz’s several alter aliases. Then, it was time for ZHU.

I had never seen ZHU before but he blew my expectations out of the water. From opening with “Came For The Low” (see video below) to covering Radiohead’s “Creep” (you gotta listen to it sometime), his show was lights out.

ZHU was one of the best sets I’ve seen in quite some time. Maybe one of the best live electronic sets I’ve ever seen. Add in the fact that ZHU sang vocals over his own tracks the entire show, and you could have convinced a non-music person that it was The Weeknd.

Rarely do I use the word. But I have to say, ZHU was lit.

An entire day of bass wasn’t enough. I went with some friends to Nicole Moudaber’s aftershow at Concord Music Hall. It’s what I imagine 4 am in Berlin feeling like. Actually, it was 4 am.

The sun was shining in my eyes before I knew it. Since my neighbor’s dog won’t stop barking profusely, I guess it’s time to get up or Day 2.

This is one of my favorite discoveries of the weekend. Chanel Tres played a lovely afternoon set at the Expansions Stage. If you have been to Northcoast Music Festival, this is the stage “with the cool tree.” Although my best memories from that stage were fogged with dubstep acts like Savoy, Modestep, and Glitch Mob—acts like Chanel Tres and the Martinez Brothers created a new, more peaceful memory of it.

If nothing else, I’ll never forget the first time I heard “Topdown.” Chanel Tres was definitely one of my treasured discoveries from this weekend. Give him a listen.

I returned to the Elrow stage for a phenomenal set by Lee Foss. I would also like to award the Chicagoan not just for his musical selection but for his selection of clothing as well: a Chicago Bulls’ (No. 91) Dennis Rodman jersey.

Despite two sound fuckups, Prydz was also lights out. His visuals were stunning, and he proved why he’s one of the most respected names in not just house music but the electronic genre in its entirety. Much like Prydz has done his whole career, ARC Music Festival beat to its own drum.

It was unique, a horse of a different color. And personally, I can’t wait for next year.