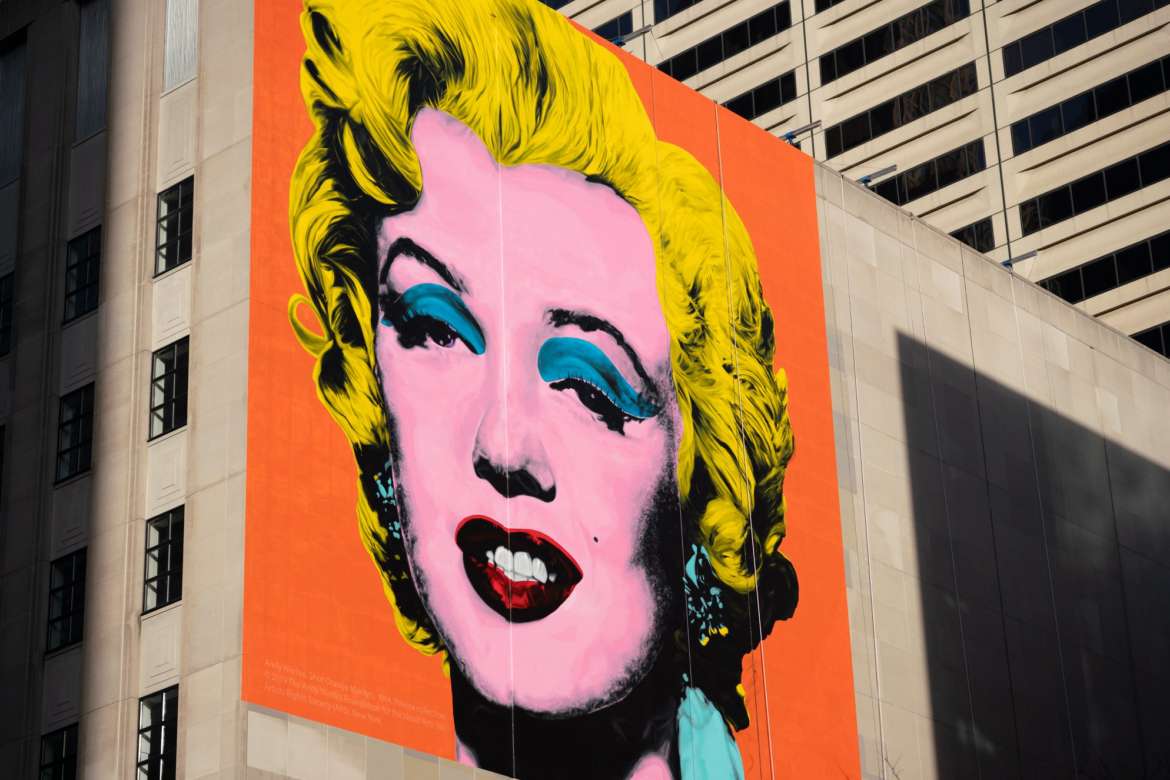 It doesn’t take an art aficionado to know when they’ve spotted an Andy Warhol painting. Even the people least interested in art can recognize the famous Campbell’s tomato soup can or Elizabeth Taylor’s pastel pout that endure in pop culture to this day.

Those paintings, as well as many others from his early work and on, are cornerstones of the latest Andy Warhol exhibit running through January 26th at the Art Institute of Chicago. “Andy Warhol-From A to B and Back Again” is the first major retrospective of the pop culture phenomenon’s work in the past 30 years. The exhibit is revolutionary in regards to Warhol’s work as it builds on a wealth of new research into his life and enormous catalog of work.

Over 400 pieces line the walls of the Modern Wing at the Andy Warhol exhibit that “not only illuminate the breadth, depth, and interconnectedness of Warhol’s production across the entirety of his career but also highlights the ways that he anticipated the issues, effects, and pace of our current digital age.”

While most will associate Warhol with his paintings, the Warhol exhibition will also house photographs, drawings, sculpture, prints, video, installations, videos, films, and various media works. The comprehensive exhibit focuses on the breadth of his career rather than certain periods like many other exhibits have done in the past.

The Andy Warhol exhibit does not come with the price of admission. Tickets for the exhibit can be found online.

However, if the Andy Warhol exhibit simply isn’t enough for you, the city of Chicago understands and is here to meet your needs. The Four Seasons is offering a “Warhol Experience” that includes an overnight stay in their Executive Suite, Fast Passes and tickets to the museum’s exhibit, two glasses of Moet & Chandon champagne in their Allium restaurant as well as a special Andy Warhol welcome amenity. To book this exclusive stay, visit their website.

The Palmer House is offering a Andy Warhol brownie dessert and Warhol inspired cocktail at the hotel bar with their package. The Chicago Athletic Association is stepping it up and offering a field trip to All Star Press for a class on screen printing, a Warhol film double feature, and tickets to the exhibit. The Black Stone Hotel is offering tickets to the exhibit as well as a Warhol inspired amenity, a canvas with paint, a Chicago coloring book with colored pencils and a bottle of wine with their package.

Other hotels jumping on the Andy Warhol mania train include the Langham, the Whitehall Hotel, the Gwen, and the Wit Hotel.

Whether you’re a local or an out-of-towner, these hotels have some pretty cool experiences for those wanting a little more out of the world of Warhol. Book soon as the exhibit will be closing on January 26th!