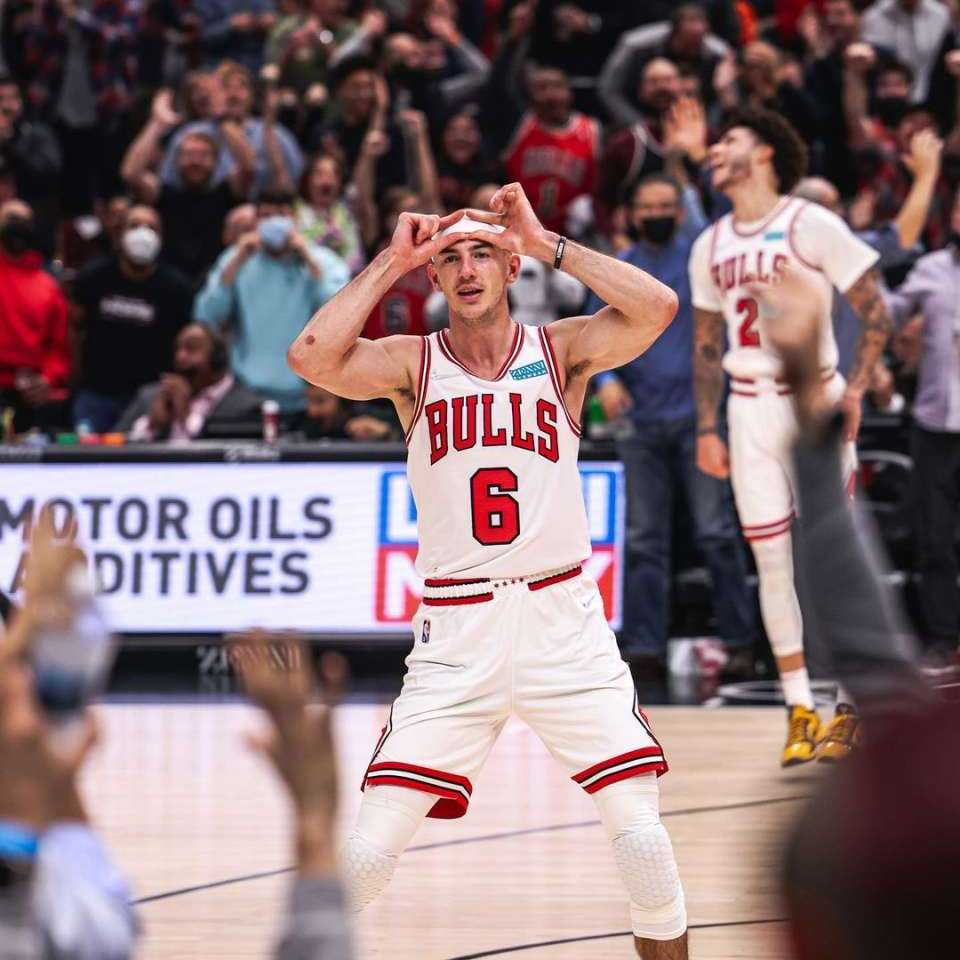 Six weeks. Forty-two days. One thousand one hundred and eight hours. If everything goes to plan, that’s the minimum amount of time until we’ll see one key player on the court for the Bulls again. He’s the Chicago Bulls X-Factor for the 2022 season, and his name is… Alex Caruso.

Last weekend’s unfortunate updates about Caruso’s injury and recovery timeline wasn’t the best news for us Bulls fans. He has a broken wrist and will require between 6 and 8 weeks to recover before playing again. It’s a terrible blow for one of the Eastern Conference’s best teams. And it’s all Grayson Allen’s fault.

Grayson who? The guy on the Bucks who’s only relevant to the basketball world because of his dangerous on-court antics? Oh, Grayson Allen. Yeah, that guy. He’s the guy who literally caused Caruso’s injury for no reason whatsoever. Chicago Bulls fans hated the play, Billy Donovan hated the play, but did the league hate the play? Not really. They gave Allen a slap on the wrist for breaking a wrist with a one-game suspension. A decision that the one-ship wonder Milwaukee Bucks hilariously opposed. Many people, including ourselves, expected a bit more of a punishment given the inexplicable foul and what the injury means to the Bulls. But enough of Allen. Alex Caruso, we look forward to seeing you back in a few months.

After signing with the Bulls from the NBA’s free agency last August, Caruso has made a splash on this team. Even though he comes off the bench, he’s a beast on defense. He’ll steal the ball right out of the other team’s star player’s hands. Hustle down the court to begin the fast-break. Then, right when you think you might be able to stop him, he’ll throw an oop up for Zach LaVine to slam home.

And he’s been one ever since his days on the Lakers. Players, coaches, and fans of all ages love watching him and that iconic headband take the court. We don’t need a highlight reel to prove that he’s contributed to the Chicago Bulls’ current success. We just need one stat: steals. At one point last month, Alex Caruso was averaging a league-leading 2.7 steals per game. Off the bench too! If that doesn’t speak volumes, we don’t know what does.

Looking To His Return

Given the timeline for Alex Caruso following his wrist injury, he’s expected to return to action sometime in the middle of March. Could a return on March 22 against the Bucks and Grayson Allen be in the cards? Maybe. If it does play out that way, we’d like to add on to comments that Bull’s writer Sam Smith has recently made. Despite how mad us Bulls fans are, no one should root for an injury to Grayson Allen. This isn’t an “eye-for-an-eye” situation, and it never is. The players in the NBA are still people, they have lives, careers, families, and they make mistakes just like all of us. Allen claims the act was unintentional, and we like to believe that it was. Should he have been suspended longer? Sure. But maybe karma will find a fancy way to get back at him and the Bucks as they eye for the Finals.

It’ll be a tough stretch for the Bulls without their X-Factor, especially since they lost Lonzo Ball not a week before Caruso went down. His timeline is also set at 6-8 weeks. When both of these guys come back, we expect nothing less than a refreshing jolt of energy to fill the United Center when they return. The timing of their recovery is interesting too given how the league will wrap up the regular season about halfway through April. Odds are high the Eastern Conference playoff race will be even crazier at that point in the year than it is now. All we can ask is that we’re still in the hunt.

While you’re watching Bulls games at home or the United Center, remember that you can be a part of the action with BetRivers Sportsbooks. BetRivers is the most popular book for Illinois sports betting, and in other states where BetRivers operates.