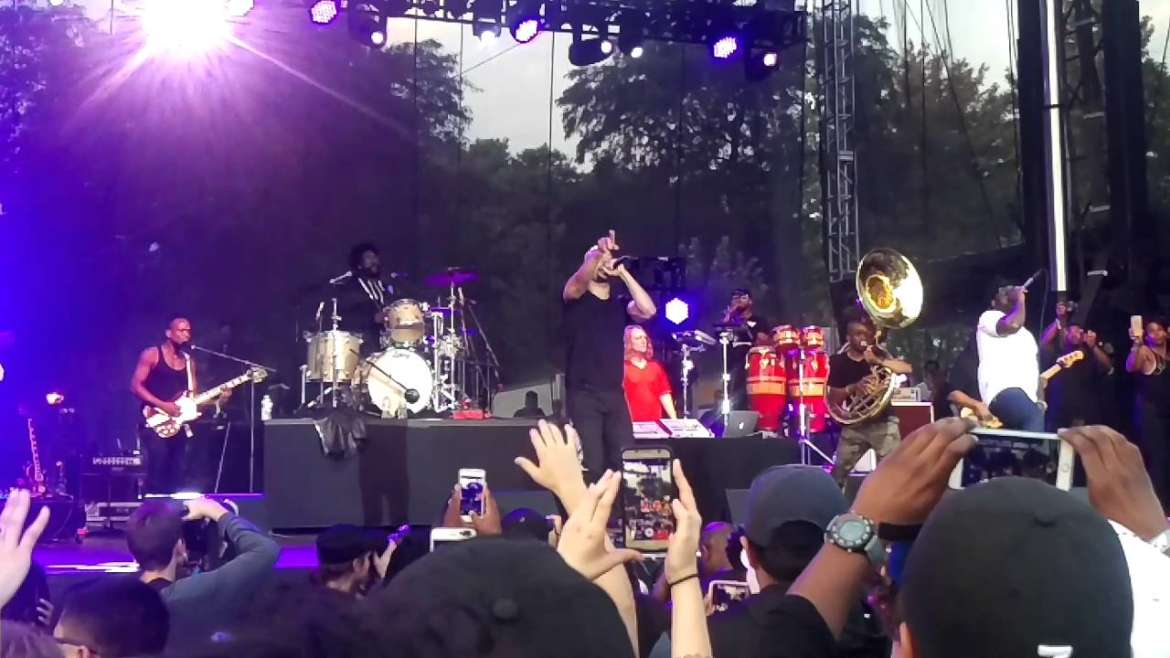 Combine hilarious comedy, legendary hip-hop and conscious conversation together and you get AAHH! Fest 2016.

The two-day community festival, which was made possible by Chicago’s very own, Common, was a powerful event celebrating our beautiful city and real hip-hop. From the renowned guests to the inspirational performances, this was indeed a music extravaganza for the books.

The festival took place at Union Park, which is historically marked for being one of the first racially integrated parks in Chicago. By this, Union Park served as the perfect venue for the music festival, as its common theme was about peace and unity for all humanity and racial backgrounds.

The event started out with Chicago native, Sir The Baptist, giving everyone a reason to shout as he danced around to gospel-inspired beats and directed the audience to sing “church.” Afterward, the low-key, neo soul band, The Internet, swooned the crowd with relatable tunes about bad breakups and forewarnings for future relationships.

And at just around 5 p.m., the stage became nothing short of incredible.

Fan favorite and Chicago native, Jeremih, came through with radio hits like “Don’t Tell Em” and the song that put him on the map, “Birthday Sex.”

Another Chicago native, Vic Mensa, known for his hit single “U Mad” featuring Kanye West, took the city by storm with the crowd-pleasing song, and moved many with the emotionally driven song, “16 Shots,” with the performance ending in him lying on the ground as a tribute to the late Laquan McDonald.

The historic band, The Roots, best known now as “Late Night with Jimmy Fallon’s” house band, took the audience down memory lane by performing their classic, “You Got Me.” The band lightheartedly teased the sound of today’s hip-hop and showed off how truly talented their band is by giving the crowd a healthy dose of electric cords from their amazing guitarist, Captain Kirk Douglas. And the icing on the cake? Common graced the stage with them and performed an original freestyle thanking his guests and the crowd for attending.

And of course, what would the music festival be without a performance from the host? Common came through with good vibes, good messages, and G.O.O.D music. Featuring songs from his newest album, “Black America Again,” he challenged the audience to come together for justice and peace. Then proceeded to wow the crowd by bringing out legendary artists, from Ice Cube hyping everyone up with “Straight Outta Compton” to Chicago legend, R.Kelly, making everyone groove to “Step in the Name of Love.”

Last, but not least, J. Cole. The beloved artist, known for the first platinum hip-hop album with no features, “2014 Forest Hills Drive,” had the crowd in the palm of his hand. From the moment he started performing classics like “In The Morning” to heartfelt tunes like “Love Yourz,” the audience followed along to every word. He even shared a reminiscent story on how one of his first performances was in Chicago. Toward the end, J. Cole teamed up with Jeremih to perform, “Planes,” and then gave the crowd 15 extra minutes of a show to end the festival off right.

To say the least, AAHH! Fest 2016 was a show to remember. There’s nothing like Chicago artists, comedians, radio show hosts, and residents coming together peacefully to shed a positive light on our extraordinary city.

Keep up the amazing work, Common! We can’t wait to see how you top the festival in the future!