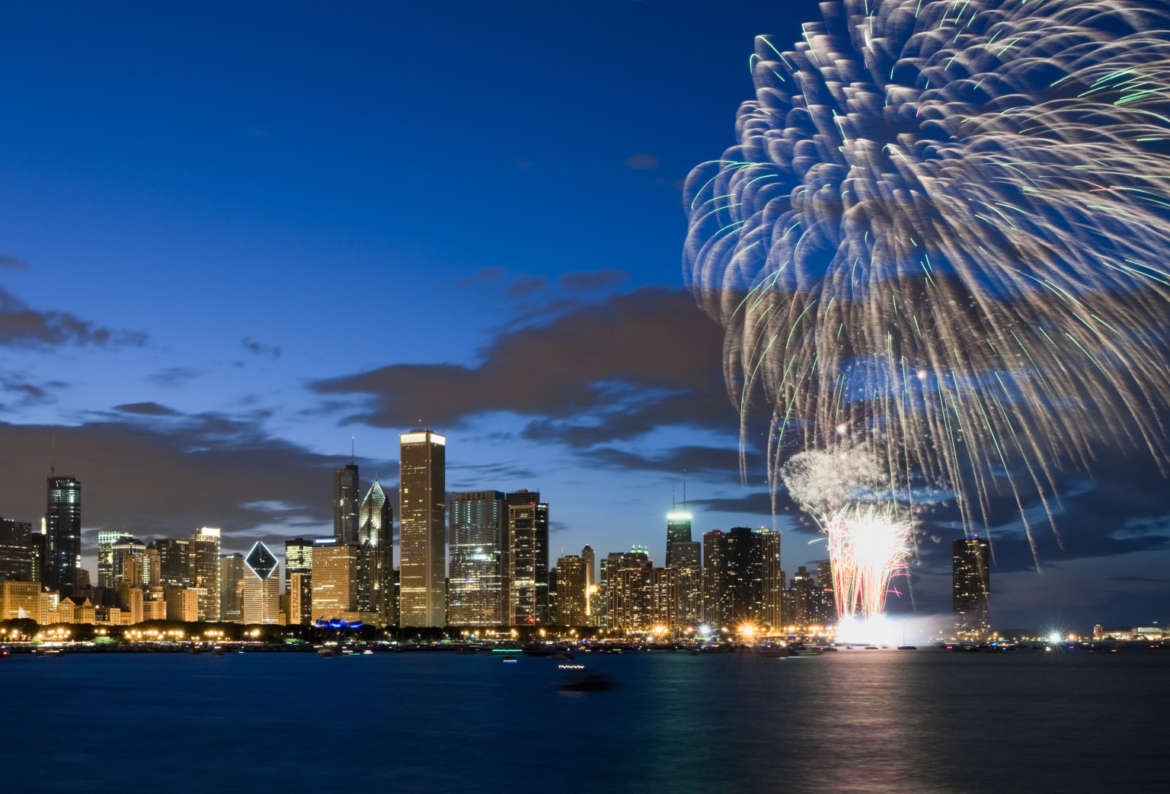 The City of Chicago ditched the official 4th of July fireworks show a few years back, but since then Navy Pier has picked up right where they left off. (And for those that don’t know, they have fireworks all summer long). You can see the spectacle far and wide along the lakefront, but here are a few places to watch that you may not have thought of.

This tallest point in the city is open until 10 pm April through September, and without getting too technical on you, July falls in that category. This is probably the single best place to view the fireworks in the entire city, so I would arrive early and expect crowds.

If you didn’t know, 360 Chicago is the name given to the John Hancock Observatory deck. It’s obviously not as high up as the Sears Tower Skydeck, but it was named the Best View in America by Travel & Leisure Magazine for a reason.

The fireworks are launched here, so clearly it’s a great place to watch the show unfold. The issue here will be the crowds, so consider alternatives if you’re looking for a more peaceful display.

There are some lush hills just outside of the Shedd that are phenomenal for seating arrangements. You’ll want to bring something to sit on though. Unless of course you want to roll around in the grass, in which case I probably think you’re strange.

This spot is highly underrated. If you’ve ever stood outside the Adler, you know exactly what I mean. Some of the greatest ever pictures of Chicago’s skyline were taken here, and it offers completely unobstructed views of just about everything. The area around the Adler juts out a bit from its surroundings, and you’ll be able to hang out here just like the Shedd. Bring a blanket or chairs.

If the museum campus is still too crowded for you, try out Northerly Island. It’s located just a bit south, and you’ll still be able to catch the show without much in your way.

Three to check out: Ohio Street, North Ave & Montrose. Montrose is kind of far north, but it will have the smallest crowd. North Ave is closer, but more crowds. And (you guessed it) Ohio Street is the closest with the largest crowds.

If you’re one of the privileged few who gets to watch the fireworks from a boat in the harbor, you’re probably going to have the best seat in the house. Unfortunately, most of us don’t have access to this.