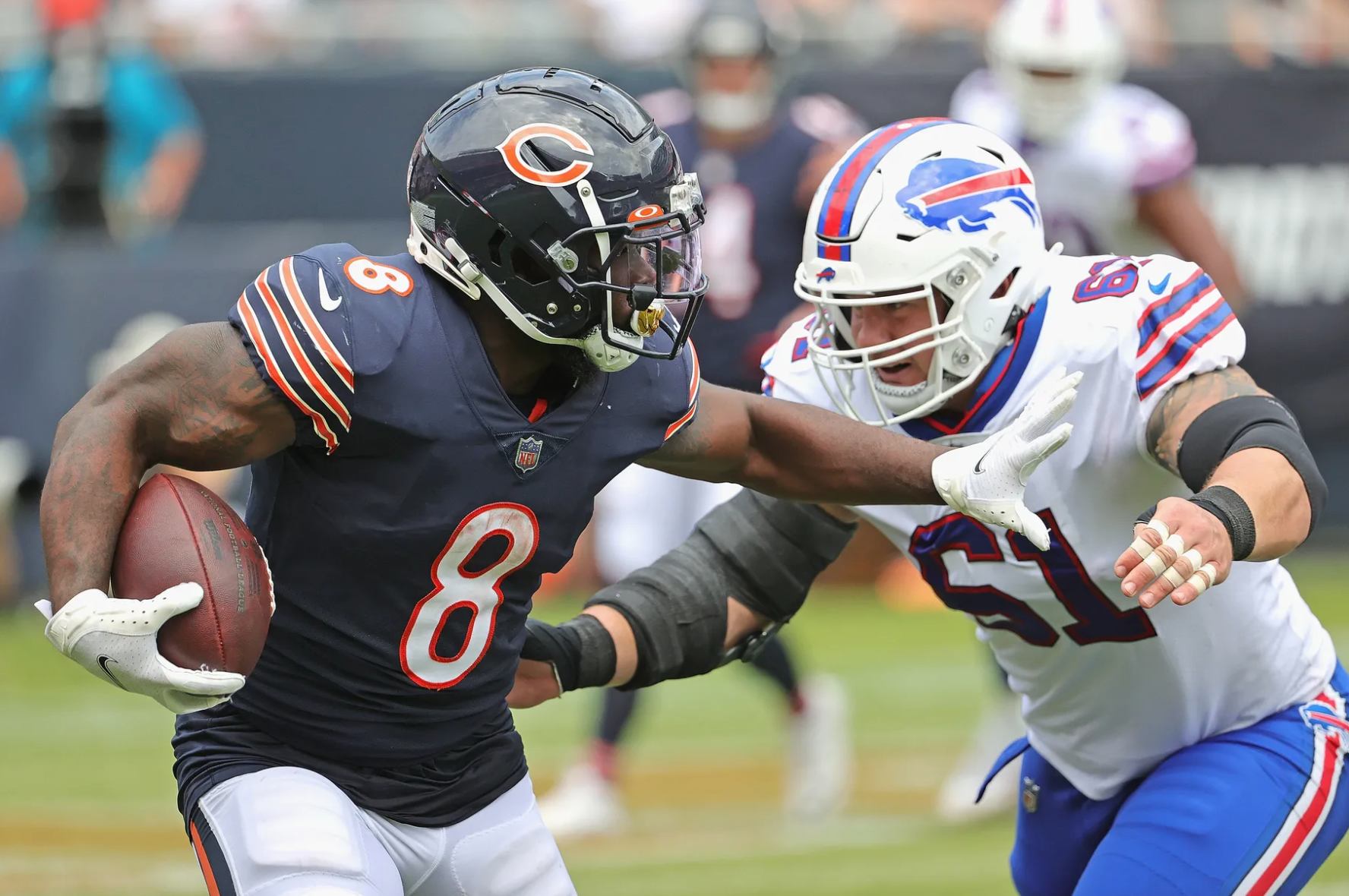 9 Best Sports Bars in Chicago to Watch the Bears Game

Not only is fall the season for Pumpkin Spice Lattes and Ugg Boots, but it’s also the season for America’s favorite sport. There’s nothing better after a long day at the office than going to your favorite sports bar in Chicago to watch some Monday night football. Da Bears kick off the 2019 NFL season on September 5, and we put together a list of the best sports bars in Chicago where you can watch your favorite team kick butt and win a couple football bets in the process!

So, here you’ll find a list of 9 of our top picks, where you can comfortably watch the game while sipping on some brews and snacking on some wings. Also, as a bonus, check out our recent feature on Recess in West Loop and their awesome Bear-supporting Game Day deals!

When it comes to new spots on the scene, few have made the grand entrance that Tree House has in River North. While it carries the perception of a River North nightclub, make no mistake, this place is the perfect spot for a Sunday Funday Bears style. Located in the former home of both John Barleycorn and Old Crow, this up-and-coming nightclub and sports bar in Chicago is the perfect spot to watch a Chicago Bears game. With a ton of TVs, private table reservation options, and a menu that includes Honey Calabrian Chili Basil Wings (say that 5 times fast), you’ll struggle to find a better game day spot.

Perfect for football fans wanting to feast while they tune in from home, Bartoli’s Pizzeria in Roscoe Village and West Town will offer a “Game Day Deal” throughout the season. The menu at the sports bars in Chicago feature a $40.99 package that includes an 18-inch thin crust pizza with a choice of one topping, 16 piece wings (buffalo or vesuvio), and two one-liter bottles of soda. However, keep in mind that the deal is only available for pickup or delivery on game days.

The perfect pairing for the Chicago Bears season is craft beers, hand-crafted pizzas, and games during half-time and time-outs. And we say you head to WhirlyBall in Chicago, Naperville and Vernon Hills for your new game day headquarters. After all, this place has over 24 beers on tap, a rooftop terrace with fire pits, and ample space to catch all the action.

An LED screen announcing specials to a dark stretch of Irving Park Road ensures you can’t miss this sports bar. Named for the liquor store that previously inhabited this corner, Leader (from the owner of Uberstein) has a handle on the qualities of a neighborhood bar and grill: plenty of beer options, chirpy service, and a family-friendly menu for the weeknights.

So, how does bathing in the glow of laser-bright TVs while cheering for the Bears sound for Sunday plans?

While it is best known for that other kind of football, one of the city’s best international soccer bars also makes a damn fine spot to hunker down for some Bears games. The Globe Pub lives up to their title as one of the coolest, best sports bars in Chicago. With 30 TVs and a rabid crowd of fanatics from all corners of the globe, they’re also serving up English-style pub fare including fish and chips and shepherd’s pie in addition to Scotch eggs and three types of wings.

A post shared by Kirkwood Bar and Grill (@kirkwoodbarchi)

A neighborhood spot with a spacious beer garden, sidewalk café, and unique indoor space, Kirkwood is a great Lake View spot to catch your favorite game. If you are looking for the best sports bars in Chicago, this destination offers a Fantasy Football Touchdown Package for $45 that includes all Draft Beers, House Red & White Wine, Round of Kickoff Shots, and Tailgate Appetizers (pizza, wings, & pretzels).

Highline is a huge hangout with a big drink menu (beer, punch bowls, cocktails), elevated bar food & lots of TVs. No wonder they’re known as one of the best sports bars in Chicago for all occasions!

Just like the others, they offer a Fantasy Football Touchdown Package for $45 that includes all Draft Beers, House Red & White Wine, Round of Kickoff Shots, and Tailgate Appetizers (pizza, wings, & pretzels).

Located next to Wrigley Field, this upbeat sports bar in Chicago features American grub, brews & cocktails, plus a patio. During the NFL season, they have special including $8 Nachos or Potato Twists, $10 Mini Sliders (5) & Fries, $15 Buckets (5) of 12oz Bud or Bud Light and a Fantasy Football Touchdown Package for $45 that includes all Draft Beers, House Red & White Wine, Round of Kickoff Shots, and Tailgate Appetizers (pizza, wings, & pretzels).

While you’re watching Bears games in Chicago, remember that you can be a part of the action with BetRivers Sportsbooks. BetRivers is popular for Illinois and Indiana sports betting, and in other states where BetRivers operates.