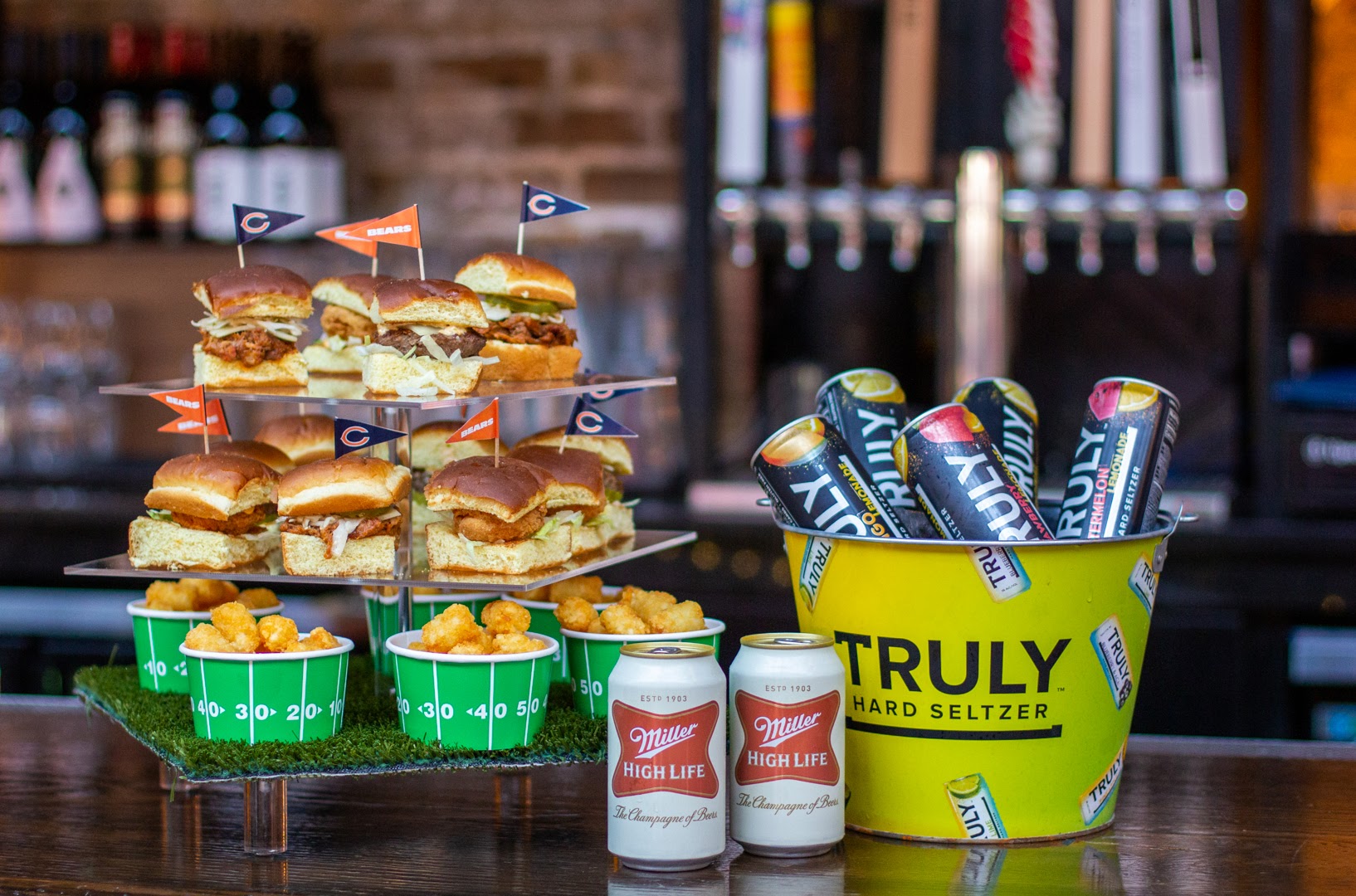 Football season is here! Are you wondering what’s the best place to watch Bears games this year? Then, look no further, because we’ve just found you the best deal in town. Chicagonians know recess for serving good times and zero red tape. And now, there’s another reason to love Recess even more — their amazing Bear’s game specials.

Bears fans have a new reason to celebrate with the inaugural ‘Beer Down’ Fan Promotion from Recess in Chicago’s West Loop. Starting Sept. 12, Recess is offering fans giveaway swag, jersey raffles, special game day menus and a chance to win a VIP party for ten during each Bears broadcast. Each week, fans will get more and more incentive to return for the following game, with free food, gift cards and more.

The way the seasonal promotion works is: groups of four or more that visit Recess to catch Bears games beginning Sept. 12 will have their “team” photo added to the new ‘Beer Down’ Board, making them eligible to win prizes all season long. Prizes will be awarded to teams as they accumulate stickers with each visit to Recess throughout the fall for games.

The prize tiers include:

Fans will also become eligible to win a Bears jersey in a free raffle every Bears gameday when they fill out their Recess Jersey Cards, which will be distributed before and during games. The only way to win prizes is to be at Recess during the drawing, adding to fan excitement between huddles.

Food and drink specials will be available all day for Bears game days and every Sunday during the football season, including  Slider Towers, A La Carte Sliders, Daaa Beers import and domestic buckets and Large Format boozy cocktails,  which makes Recess the ultimate destination for NFL game days. Fans can also get a High Life and a shot of Tullamore Dew for $10 and Sam Oktoberfest Drafts for $7.

For more about Recess, the Kick-off Tailgate Party and the Beer Down Promotion,visitwww.chicagoinrecess.com. We’ve all waited for this for far too long! Grab your friends, head over to the famous Recess in West Loop, grab a seat on their spacious outdoor patio (did you know it was the biggest in the neighborhood?), and enjoy a fun time cheering for the Bears!