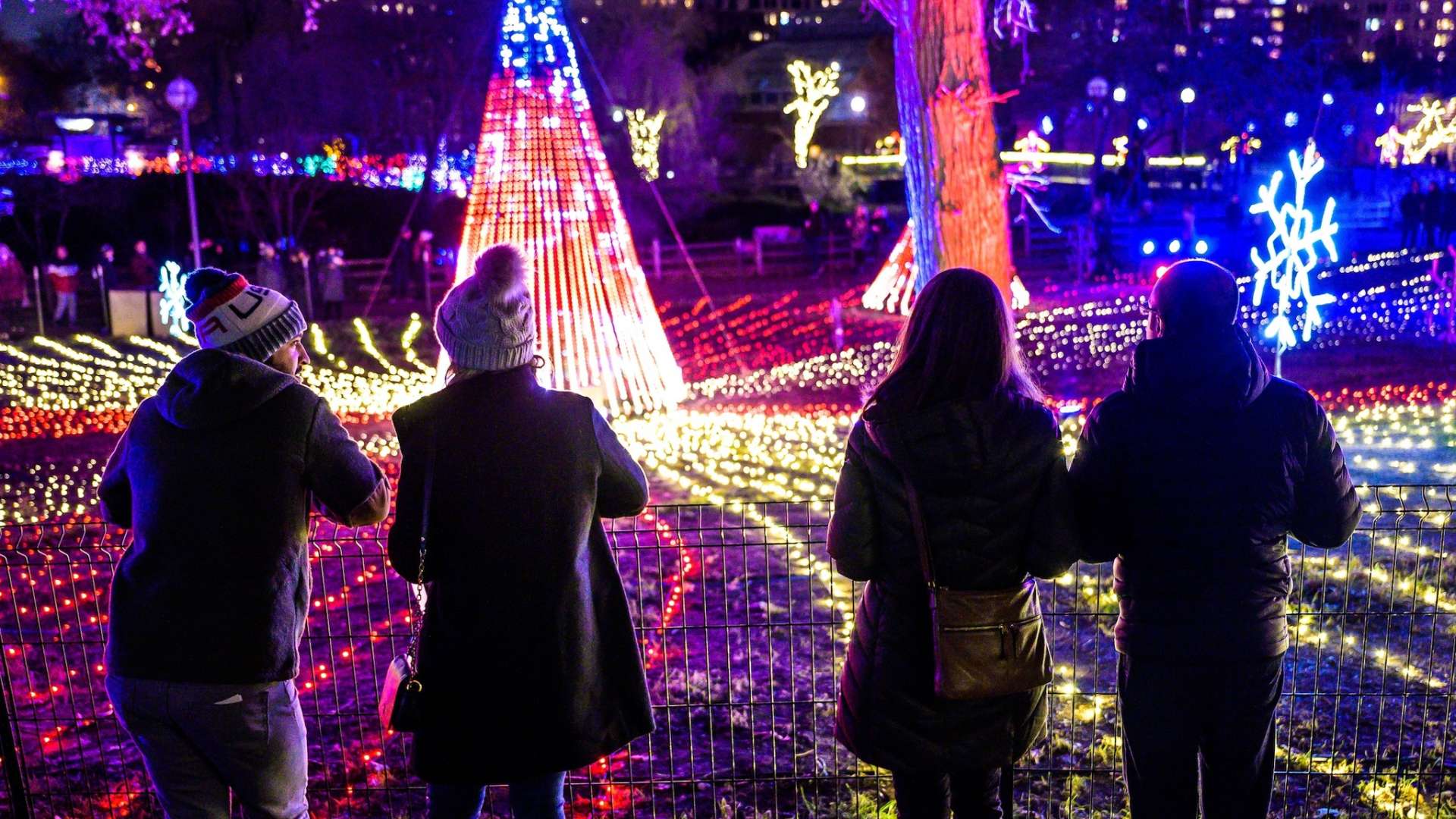 Winters in Chicago are infamously drawn-out and frigid. It’s not uncommon to reach February and wonder if you’ll feel the warmth of sunlight on your face again. To make the most of the winter months that lie ahead (and gasp – maybe even appreciate them), we’ve compiled a list of the best winter family activities to try in Chicago. Whether you embrace the cold outside or prefer hiding away indoors, Chicago offers plenty of activities to enjoy this winter.

If you find yourself needing a break from the gray skies, Chicago’s conservatories provide the perfect respite. As one of the largest botanical conservatories in the world, the Garfield Park Conservatory boasts several garden display houses. From desert cacti to tropical palm trees, the conservatory showcases thousands of plant species from around the world. Their winter flower show, Serenity, is named for the calming properties of flowers such as hyacinth, zinnias, salvias, and cosmos on display.

Reservations can be made online and are required before visiting.

For another spot to escape the cold, step inside the glasshouse of the Lincoln Park Conservatory, and you’ll discover vibrant flowers and warm, tropical temperatures. Built in the late 1800s, the tranquil space features four display rooms for visitors to peruse, including The Palm House, Orchid House, Fern Room, and Show House.

Reservations are required before visiting the conservatory.

Glide Across the Ice at Maggie Daley Park

Lace-up your skates and hit the ice rink – the famed ice skating ribbon at Maggie Daley Park is now open. Skate around in circles to your heart’s desire with a gorgeous backdrop of the city’s silver skyline. Plus, the park has teamed up this year with Immersive Van Gogh, an experiential art exhibit, to project works inspired by Van Gogh’s Starry Night and Sunflowers onto the ice.

If you prefer a more traditional ice skating rink, the McCormick Tribune Ice Rink in Millennium Park is another spot to skate close by. The Bean sculpture overlooks this popular ice skating rink, which means you’re right in the middle of the hustle and bustle of the city.

Both open through March, admission to the rinks at Maggie Daley Park and Millenium Park are free on weekdays. However, skate rentals cost extra and reservations must be made online. Weekends only have selected sessions for free.

Transport yourself to the frozen kingdom of Adendelle this winter by seeing the hit Disney film Frozen come to life on stage. Follow along as Princess Anna sets out to search for her sister, Queen Elsa, whose magical powers unintentionally trap the kingdom of Arendelle in an endless, frozen winter. This Broadway production of Frozen features twelve new songs as well as seven songs from the original film, such as Do You Want to Build a Snowman?, Love is an Open Door, and of course, Let It Go.

With dazzling set design and fun musical performances, Frozen on Broadway is the perfect show for the whole family. The production is running until January 22nd at Cadillac Palace Theatre.

The Christmas season is undoubtedly the best part about winter in Chicago. Luckily, there are infinite ways to celebrate the holidays in this city. First, head over to the Christkindl Market in the Loop or Wrigleyville to grab a warm cup of hot chocolate in a souvenir mug while you peruse unique handmade gifts and German delicacies from vendors. Around the block, check out Macy’s on State Street, known for its cheerful window displays and a 45-foot Christmas tree in the store’s restaurant.

After that, make your way over to Zoolights in Lincoln Park to see the Lincoln Park Zoo transformed into a winter wonderland by thousands of dazzling lights and beautiful Christmas displays. While you’re there, visit Santa Claus and take a ride on the endangered species carousel. Admission to Zoolights costs $5 and tickets must be purchased online in advance.

Cheer on Your Favorite Chicago team

The Chicago Bulls and Blackhawks are back in action this winter at the United Center with single-game tickets on sale now.

Catch superstar DeMar DeRozan and the rest of the impressive Bulls roster hit the court this season. While you’re there, stop at one of the arena’s many food vendors for a snack. Grab a taco from Big Star Taco or a chicken sandwich from Leghorn Chicken. Single game tickets can be purchased online

If basketball isn’t your thing, throw on your Blackhawks jersey and watch a thrilling game on ice. Tickets start at around $15 for each game. Purchase a family pack (includes a ticket as well as a food and beverage credit) or go for an expanded gameday experience package, which includes a tour of the Blackhawk’s training facilities, a pregame buffet, and an open skate at Fifth Third Arena.

Lace-up your snow boots and grab your sled for an afternoon in the park. Chicago may not be known for its hilly terrain, but there are several places throughout the city to catch some speed.

Just outside Soldier Field, a designated sledding hill with a 33-foot vertical drop and 220-foot slope overlooks a breathtaking view of the city skyline. When there’s not enough snow in the winter to cover the hill, the Chicago Park District pumps out faux-snow to maintain the perfect sledding conditions.

Often dubbed as one of Chicago’s best-kept secrets, a different slope at Dan Ryan Woods offers an exciting ride down a 200-foot hill. Located in the Beverly neighborhood, the hill is staffed seven days a week by the Cook County Forest Preserve.

Expand Your Imagination at the WNDR Museum

Feeling uninspired during the winter months? Ignite your creativity by taking a visit to the WNDR Museum. Located in West Loop, the WNDR Museum is a multi-sensory, experiential art exhibit designed by contemporary artists. Curiosity is key to being fully immersed in all that this museum has to offer. From a playful light installation to a mirrored infinity room, each exhibit invites you to interact with the art itself and be wowed by the unique perspectives.

Plan your trip to the WNDR Museum by purchasing tickets online. General admission tickets cost $30 with tickets for children (ages 3-12) costing $25 for the experience. Children two and under are free.