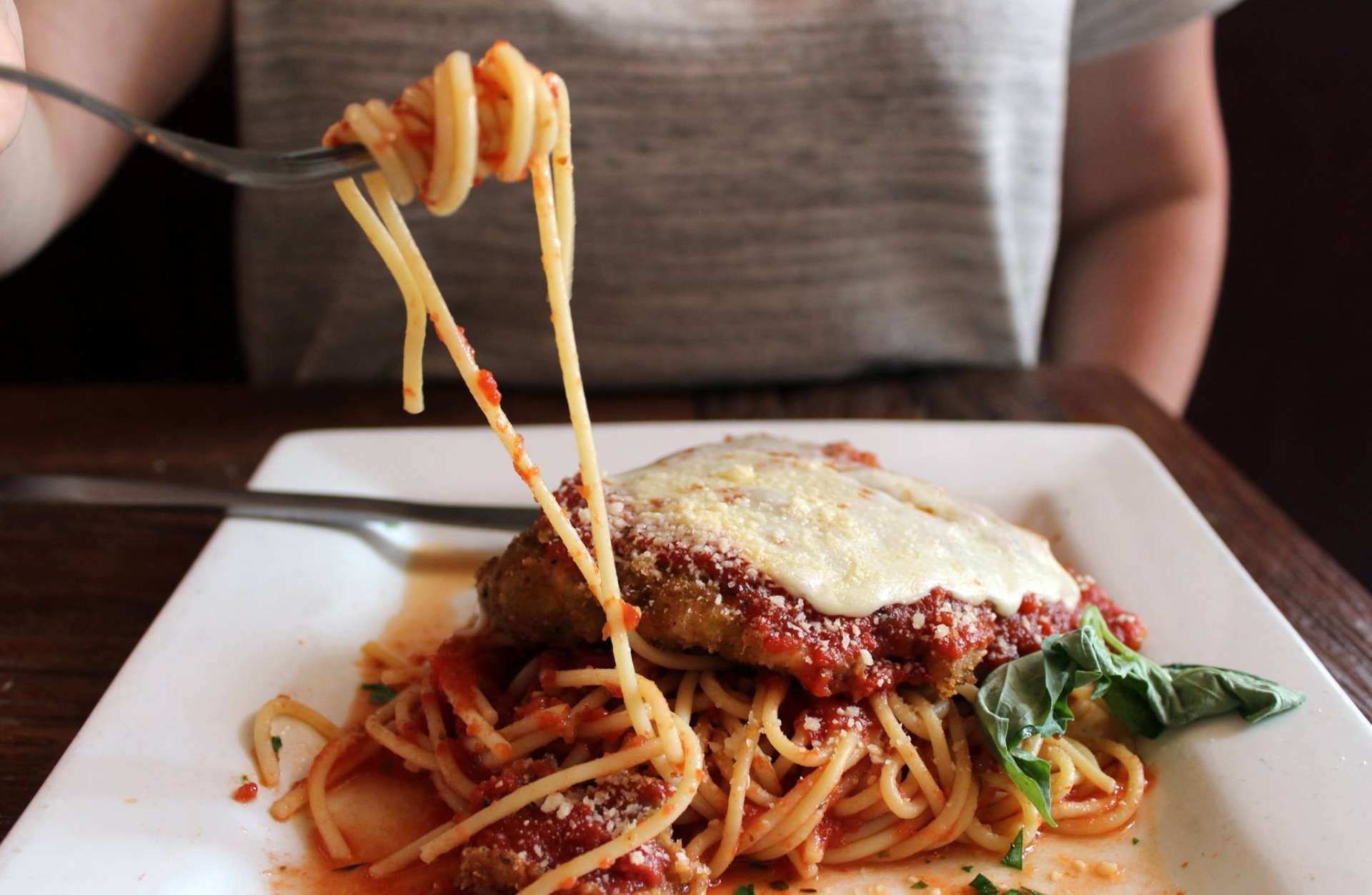 Joliet is no stranger to the fast lane. Home to the Chicagoland Speedway, Route 66 Raceway, and the Autobahn Country Club, the city is every speed demon’s dream, but that’s not all Joliet has to offer. It also has casinos, historic sites like the Old Joliet Prison, parks, and more. If you’re in the area for any of these fun activities, we’ve got you covered when you get hungry––here are eight of the best restaurants in Joliet, IL.

After a bout of gambling at Harrah’s, take your winnings to The Reserve for a celebratory meal right inside the casino. The Reserve is a white-tablecloth steakhouse with an upscale-casual vibe serving New American fare.

Start with an app like the Lobster Bisque, then dive into your main course––perhaps the Blackened Salmon or a New York strip. Remember to save room for dessert! Try the signature Classic Cheesecake, a traditional vanilla and lemon cheesecake with a graham cracker crust.

Travel back in time and enjoy classic comfort food in this no-frills, old school American diner. Aptly named, the diner is filled with vintage automobile and Route 66-themed decor. The family-friendly restaurant has served the downtown Joliet area since 1984. It’s the perfect stop for breakfast, brunch, and lunch with a nod to simpler times. The menu has all your fave diner eats from sandwiches and skillets to pancakes and eggs every which way.

Indulge in classic Italian comfort food and American fare at Juliet’s Tavern in downtown Joliet. The menu at this restaurant features delicious dishes that are assembled with ingredients that are sourced fresh from local farmers’ markets. Big mac and cheese fan? Juliet’s Baked Lobster Mac & Cheese is rich and cheesy with that extra bit of starpower thanks to the lobster. The tavern also has a full bar with a quality selection of craft beers, wines by the glass, and specialty cocktails to accompany your meal.

If the classic signage didn’t give it away, Al’s Steak House is one of the oldest upscale dining establishments in Joliet. First opened in 1959, Al’s started out as a cocktail lounge before converting to a steakhouse and banquet hall. The American restaurant specializes in steak and seafood dishes and is popular for its charbroiled steaks. Another specialty to try is Al’s Grecian-style steaks served with a double baked potato.

Sushi Ya is a sushi bar and Japanese restaurant with all your classics and faves. The menu is vast with everything from traditional sashimi, nigiri, and maki rolls to hibachi, teriyaki, udon, and soba. If you’re stopping by for lunch, Sushi Ya has lunch specials Monday-Saturday, including bento boxes, sushi, hibachi, donburi, and noodles. There’s also an AYCE menu if you’re feeling extra hungry.

Chicago Street Pub is a hotspot for drinking, dining, and live music or entertainment, including trivia nights! If you are looking for popular places to get food in Joliet, IL, this destination offers your favorite bar foods such as sandwiches and fish ‘n’ chips plus salads if you want some balance. There are seasonal specials, like Pepperoni Pizza Soup and Caesar Breaded Pork Tenderloin Sandwich.

Metro Grill is a restaurant and bar serving contemporary American cuisine with a Mediterranean flair. Ingredients are sourced sustainably and locally whenever possible, like local produce, naturally raised meats, and sustainable seafood.

You can relax after a long day here with a hearty meal and tasty cocktail. Try the signature burger, the Drunken Western. Two buns house beer-battered onion rings, American cheese, applewood bacon, and a juicy burger with Sweet Baby Ray’s BBQ sauce. Feeling lucky? You can also play some slots while you wait!

Nothing says old-fashioned like a diner. Old Fashioned Pancake House encapsulates that beloved retro feel with old school booth and counter seating in a casual atmosphere.

Established in 1988, the diner has served breakfast, lunch, and dinner in Joliet for over 30 years. Treat yourself to a variety of American comfort food like burgers, steak and eggs, sandwiches, savory crepes, pancakes, and more.