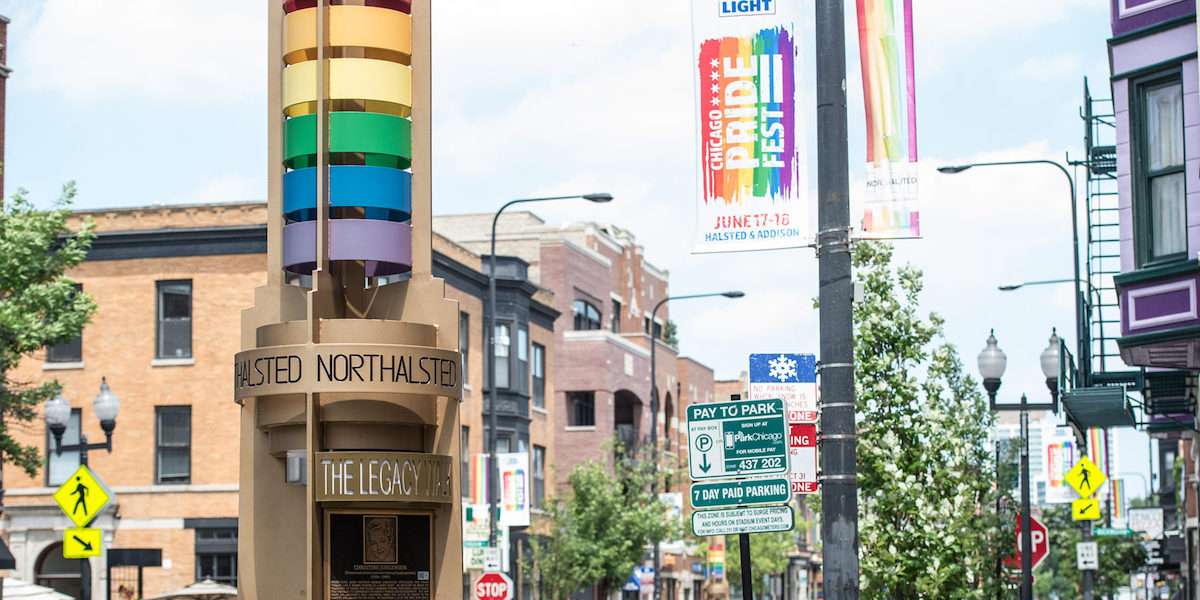 8 Best Bars in Northalsted (Boystown) You Need to Visit

If you find yourself in the Northalsted neighborhood (formerly known as Boystown) on a Saturday night and don’t know what the best bar to go to is, then you’re in for a real treat. Boystown is known for its gay bars and flamboyant clientele. But even if high energy and 5 AM partying isn’t your scene, it has plenty of bars that you can enjoy and have fun at. I’ve compiled a list of the 8 best bars in Northalsted that you need to go to at least once. It’s a healthy mix of gay bars and clubs and dive bars, so there’s something for everyone!

Opened in 1978, this tiny, unpretentious lesbian & gay bar in Northalsted features dancing, games & karaoke. It is a good change from the hustle and muscle of Halsted Street’s rowdy boy bars, and that’s just the way this clientele likes it. Plenty of ladies hang here until the midnight hour, but the boys crash the party shortly thereafter, creating one of the few truly mixed queer scenes in the city.

At this shoebox of a cocktail bar in Boystown, the drinks are skillfully prepared, the crowd is kept to a minimum by the doorman, and the music never gets so loud that it drowns out your insights. The clientele is mixed in age but not in gender—and everyone is on their best behavior, which makes it an altogether sophisticated and adult experience.

L & L Tavern is exactly what you would expect out of a dive bar—cheap beer, precarious stools and wobbly tables. Although this bar in Boystown, Chicago only offers drinks,  no food, you’ll want to hang out for hours at this friendly neighborhood spot.

This laid-back bar on the Boystown scene, which took over the former Circuit space in 2013, boasts a cloud-like overhead sculpture installation made up of 19,000 twinkling light bulbs. It also boasts a better selection of craft beers on tap than most bars on the Halsted strip, with elixirs like Magic Hat #9 and local brew Half Acre Daisy Cutter.

Hydrate, Halsted’s and Elixir owner Marc Liberson expands his Boystown mini-empire, turning the former Buck’s Saloon into a game bar with classic video games from Dig Dug to Donkey Kong. As for drinks, Replay focuses on local and craft beers (26 on tap) and bourbon—a welcome addition to a strip where sugary-sweet mixed drinks and mass-market brews are the norm. The spruced-up patio remains a warm-weather attraction.

A relatively recent entry among the Sidetracks and Roscoe’s-es of the Halsted strip, this popular gay spot contrasts fairly elegant, classic decor with theme nights like Frat Night Thursday.

This huge beer garden in Northalsted turns into a laid-back college reunion on weekend nights in the summer, with people crammed in at the outdoor bar. In colder months, the attention turns to the more sophisticated picks on the beer list and the slabs of ribs that go a long way toward warming the belly.

This huge Boystown hot spot gets packed, but there are six big rooms, an open-air courtyard and a lush rooftop deck, so you can move around until you find a spot at this bar to sip your slushy drink. A longstanding anchor of the Halsted strip, Sidetrack also plays host to a steady stream of community-minded fundraisers and events.