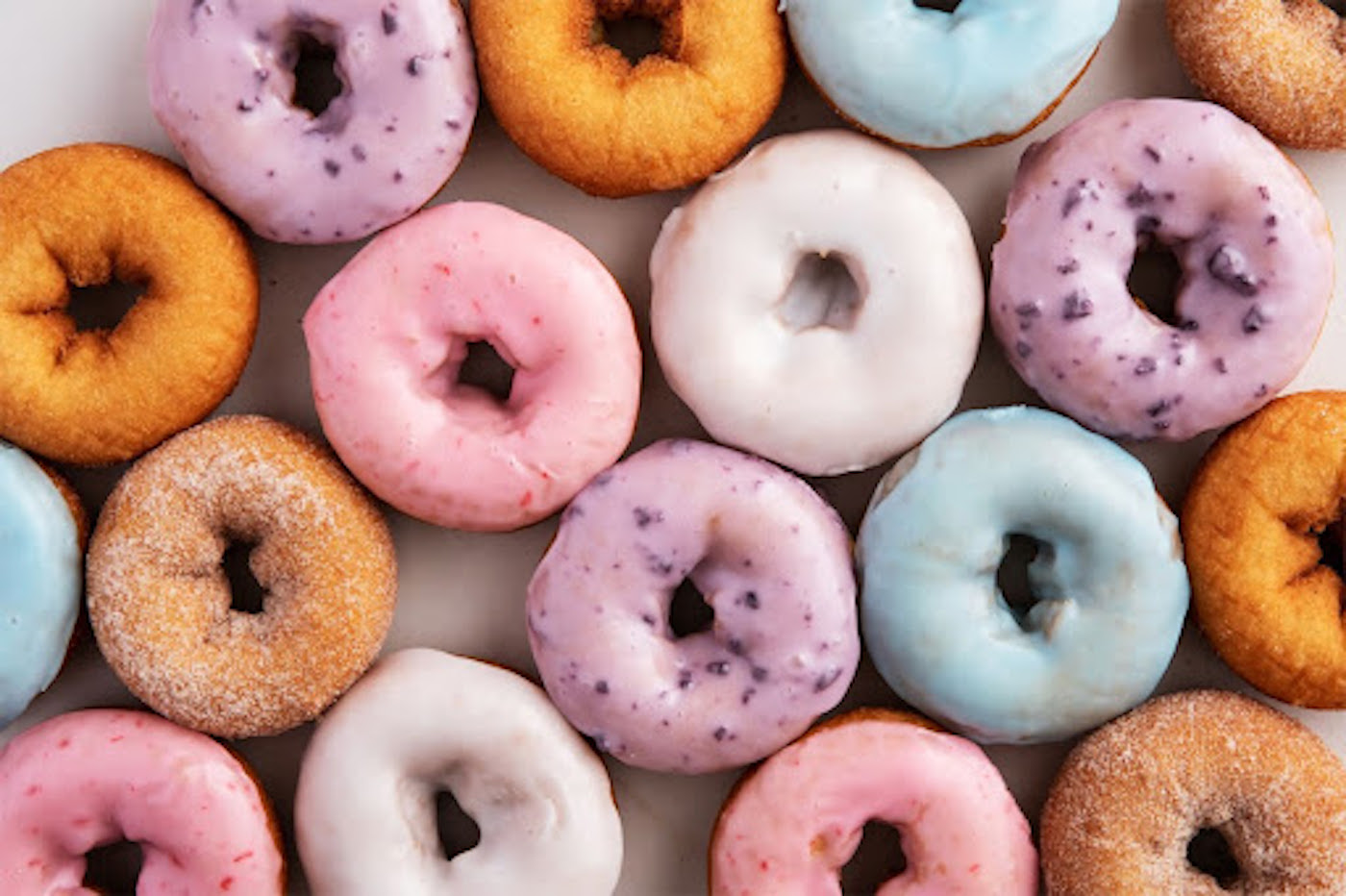 In 2021 I don’t believe many people truly understand what being Vegan means. So, just as a refresher, being vegan means not eating food or other products derived from animals. And although many restaurants have embraced this lifestyle and offer many options for their fellow Vegans, donuts are a little harder to come by. Until now of course. Below is a list of 6 of the (arguably) best vegan donuts in Chicago. Oh and by the way, if you’re also Gluten-Free, most of these spots also cater to that lifestyle as well. Enjoy!

Opened in 2020, Liberation Donuts is a self-proclaimed “radically vegan” doughnut shop that produces 12 flavors daily. Each of the 12 pastries is named for an animal or animal liberation philosophy. For example, Compassion is a plain cake doughnut that’s frosted in vanilla glaze and filled with cherry-rosemary jam; Sanctuary is topped with brûléed sugar and pineapples. And according to the owners, even if you’re not vegan, you can still enjoy the multitude of flavors.

Smack Dab Chicago in Rogers Park is another restaurant that offers vegan donuts. Every day they make 3 small batch vegan flavors. They also offer a Vegan Blueberry Muffin and Chocolate Pepita Bread. Plus, most of their menu is Vegan and Gluten-Free so if you’re not in the mood for a vegan donut or pastry, you can always find something to satisfy your craving.

West Town Bakery blends Chicago’s urban street art and music while focusing on the techniques and flavors of the pastry scene. Their food is meant to be enjoyed by anyone, regardless of lifestyle, allergies, moral beliefs, or health condition. In addition to vegan donuts and other options, West Town Bakery serves nut-free, soy-free, gluten-free, and dairy-free customers.

Not only is Wheats End Cafe a 100% dedicated gluten-free cafe, but they also offer options for Vegans. All of their doughnuts are vegan and include flavors like coconut, chocolate, pumpkin, orange spice, strawberry, and lemon poppyseed. You will also find Vegan cinnamon rolls and brownies. And as of right now, Wheats End is only open for carryout and delivery.

Do-Rite Donuts has locations in West Loop, Streeterville, and the Loop. They offer various varieties of vegan donuts including spiced maple chai, orange olive oil, and vegan double chocolate. Although the selection is not extensive, I promise you the vegan donuts are delicious.

Although Fancy Plants Cafe is not known for donuts, I still wanted to include them on this list because they are a 100% vegan cafe that offers many pastry options. Their selection varies daily, so it’s best to pop in and take a look yourself. Some of the staples include Gluten Free (and Vegan of course) muffins and cookies, a variety of house pastries, and homemade croissants.